The analysis, conducted by the Broadbent Institute, is based on custom Statistics Canada data from the agency's Survey of Financial Security, a snapshot of the distribution of assets, debts and net worth of Canadians.

Here's what Canada's wealth inequality looks like in three graphs:

Distribution of wealth in Canada by decile, 2012 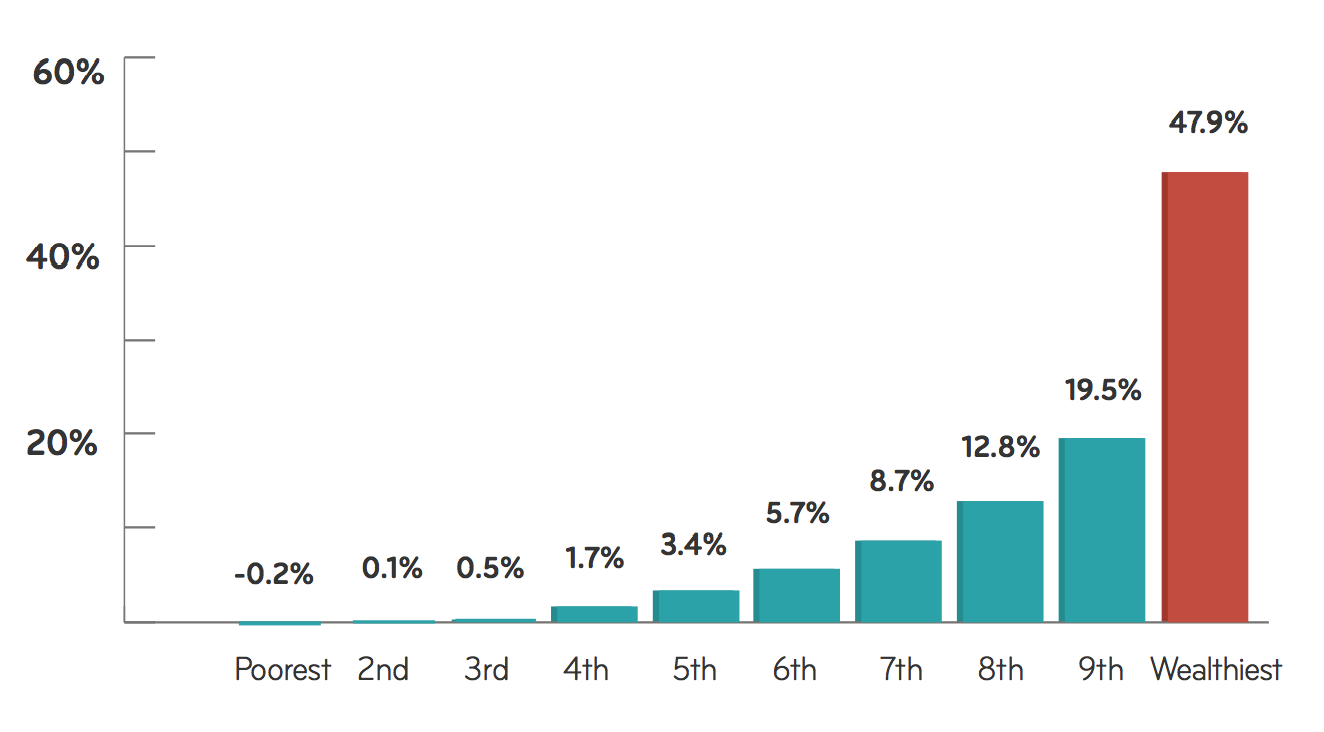 The extent on Canada's wealth inequality problem is even more stark when you exclude pensions and look at financial assets: the top 10% held almost $6 in every $10 (59.6%) of financial assets, more than the bottom 90% combined.

Some provinces are even more unequal than others. The concentration of wealth for the top 10% was highest in British Columbia at 56.2% and lowest in Atlantic Canada (31.7%) and Quebec (43.4%). The bottom half of the population also held the least amount of wealth in BC -- just 3.1%, compared to 7% in Quebec and 11% in Atlantic Canada.

Share of wealth for wealthiest 10% versus bottom half of Canadians, 2012 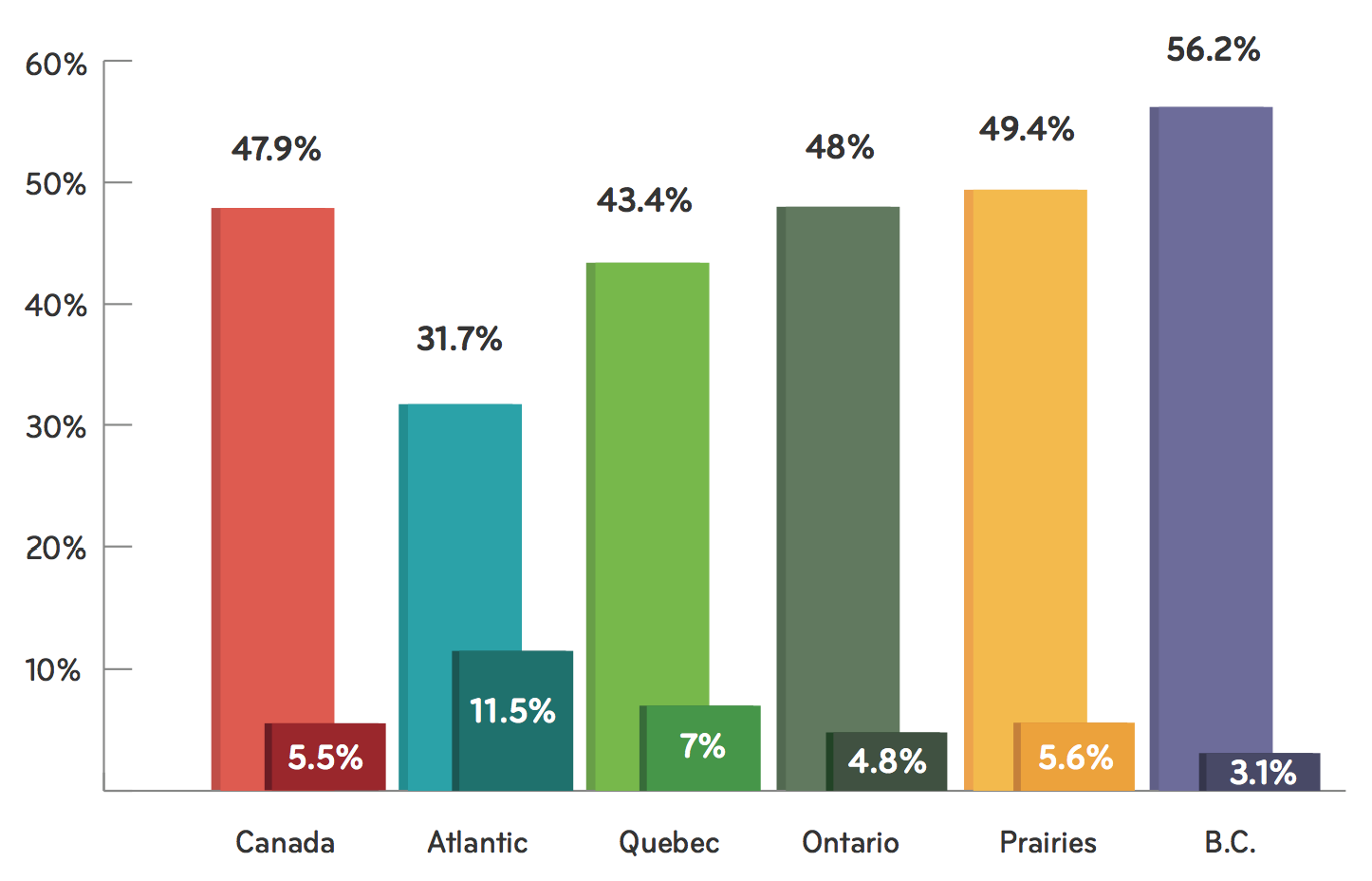