Why are conservatives so uncomfortable with the idea of equal pay for equal work?

Women continue to earn 20% less than men: a new study from the Canadian Centre for Policy Alternatives shows large gaps remain between women and men when it comes to "pay, jobs and safety."

Yet our conservatives consistently twist logic into a pretzel defending the status quo:

What does Calgary Centre Conservative MP Joan Crockatt think is the cause of all these poor women she keeps hearing so much about?

“Women are choosing professions that aren’t as high-paying, and some of that is completely understandable and by choice, but if women want higher paying jobs, those jobs are out there waiting for them,” Crockatt chose to tell reporters this week in response to a report on the ongoing wage gap between men and women.

Crockatt, who chooses to sit on the parliamentary Status of Women in Canada committee, and once chose to say the figurative death of Sun TV was a more "important death" than the literal deaths of three journalists, chose an event promoting "economic prosperity for women" to make her remarks.

"We know we have a shortage of skilled labour in this province," Crockatt chose to add. "Hello women, there’s your opportunities.”

2. Harper Conservatives portray pay equity as a burden for taxpayers

Here is what Stephen Harper, then head of the National Citizens Coalition, said about the federal government's pay equity law for public service workers in 1998:

"For taxpayers, however, [pay equity] is a rip-off and it has nothing to do with gender. Both men and women taxpayers will pay additional money to both men and women in the civil service. That's why the federal government should scrap its ridiculous pay equity law."

Harper's quote becomes telling if you flash-forward to 2009, when his Conservatives moved to pass the so-called Public Sector Equitable Compensation Act which, among other things, took the handling of pay equity complaints away from the Canadian Human Rights Commission and handed it to the Public Service Labour Relations Board, as well as adding "qualifications and market forces" to the criteria used to judge the value of work.

At the time, critics said the "new legislation will effectively gut the right to equality in the workplace" and "erode women's rights for equal pay for work of equal value."

Vic Toews, Public Safety Minister at the time, defended the changes, claiming pay equity disputes cost too much. Another cabinet colleague at the time, the late Jim Flaherty, told Parliament that "since the mid-1980s, Canadian taxpayers have paid out over $4 billion in pay equity settlements,” arguing that in tough economic times it was a burden the country could no longer afford.

Consider John Tory, a former leader of Ontario's Progressive Conservatives who is now mayor of Toronto. Last year, just before his campaign launch, Tory advised millions of low-paid Canadian women that the best thing they could do to improve their careers is to go rub elbows with captains of industry at the local golf courses.

“It’s immensely advantageous to your career," Tory elaborated. "You can say that’s ridiculous, but it puts you in places … The world still works on the basis that if people see you and hear you and talk to you, they’re going to know you better than people they don’t hear or see or talk to.” 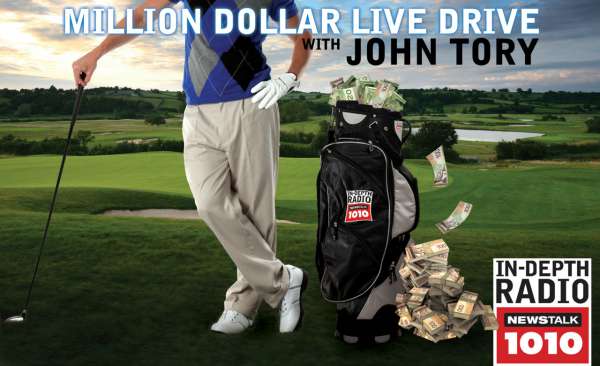 Canada's cities don't have a spending problem. They have a revenue problem.