Noting there are "some holes" in a recently released deficit projection, namely "forecast adjustments of $40 billion that are not explained," Page wondered if the government fudging the numbers to give the Liberals "some room so they can come in a little better than expected"?

One thing's for certain – it wouldn't be the first time a Canadian finance minister led Canadians through a house of mirrors when it comes to the real state of the country's finances.

One of former Finance Minister (and later Prime Minister) Paul Martin's signature tricks was to set expectations low so he could later exceed them.

Labeling it his "most dubious legacy as Finance Minister," economist Jim Stanford says the Martin years were marked by a familiar "pattern" of underestimating revenues and overestimating expenses while going out of his way to "paint a deliberately bleak picture of Ottawa's finances."

Why would Martin do that? Stanford says it was to create the "phony" impression of "fiscal overperformance." 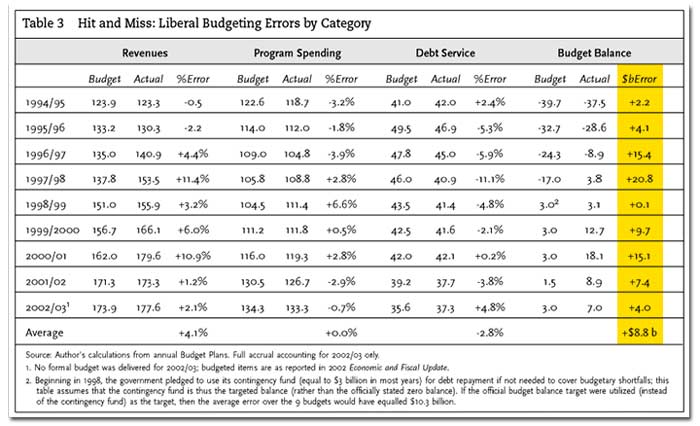 On the downside, Stanford says "after nine straight years" of this, it "created a situation in which nobody believes the numbers that the Finance Minister of the day tables in his or her official budget," turning the budget into a "singularly political document, with the primary goal of managing (or manipulating) public expectations."

Former Finance Minister Joe Oliver may have borrowed a page from Martin's book of magic when he made the deficit disappear last year.

All of a sudden, the government had a magical $1.4 billion surplus and the deficit had disappeared!

Why take credit for a government initiative once when you can announce it again and take credit a second time?

That's a trick the Conservatives pulled in their final pre-election budget last year, announcing billions for "new" infrastructure projects, even though they had actually announced funding years earlier.

But in reality, the money Moore was talking about had actually been announced two years earlier in the government's 2013 budget.

"It's not new money — not a thin dime of it. It's re-announced money, allocated for the current year. The only thing 'new' about it will be the press releases."

Here's another thing to keep your eye on.

Sometimes Finance Ministers say they're spending money on one thing, but actually spend it on something that maybe wasn't quite what you had in mind.

The Harper government's 2015 Budget talked a good game about "investing in infrastructure," including $150 million for something called the Canada 150 Community Infrastructure Program to invest in "projects that celebrate our shared heritage."

Former Justice Minister Peter MacKay announced $25,500 to fix the "perimeter tile drainage" and do "renovations to the locker room area" at a Nova Scotia curling club, for example.

And former Conservative MP Joyce Bateman announced $150,000 to "renovate the kitchen at the Pembina Curling Club." That was on top of $50,150 to "support improved lighting, wall restorations, and the installation of a new carpet" in the "lounge facilities" of the same curling club two years earlier in 2013. 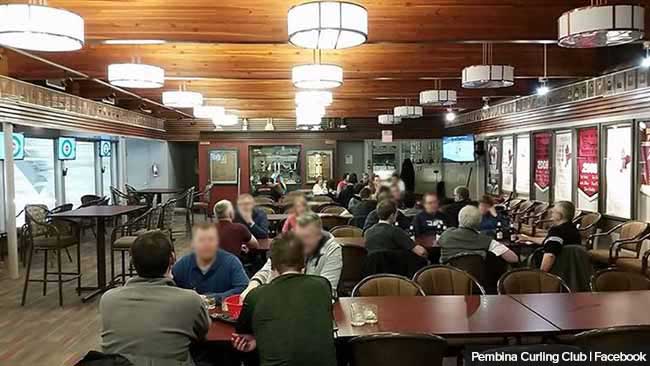