Is the Canadian Federation of Independent Business playing the blame game with unions when it should be checking its math?

The small business lobby group's new report -- which claims private sector workers earn considerably less than their public sector counterparts -- is mathematically flawed, according to Toby Sanger, an economist with the Canadian Union of Public Employees.

According to the CFIB, "disparities between private sector and public administration wages are persistently high. This shows that not enough attention has been paid by public employers to ensure appropriate balance and comparability."

The CFIB report says federal public servants make 13% more than similar occupations in the private sector. But a 2014 report by the Canadian Centre for Policy Alternatives, analysing the same 2011 National Household Survey data, found an overall public-sector wage advantage of 2.3%.

This is what Canada's average annual pay looks like, according to a CUPE analysis: 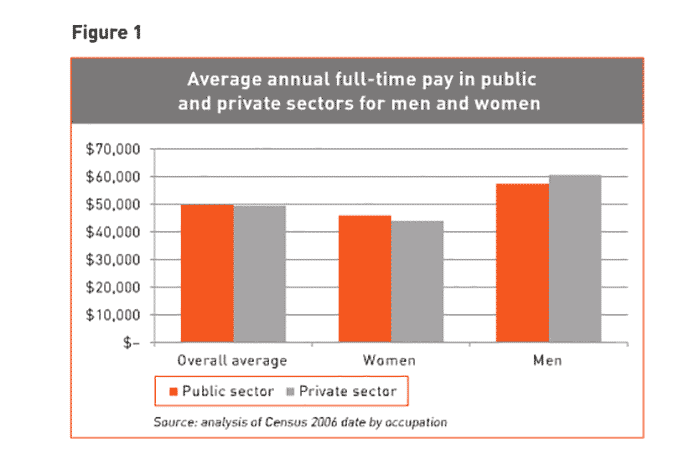 What accounts for the disparity in the two reports?

According to Sanger, the CFIB's report used faulty math:

"They use medians instead of mean averages in order to amplify the difference in public and private sector wages (because public sector wages are more equitable).  But you can't multipy medians or differences in medians to come up with an aggregate."

CFIB chief economist Ted Mallett said the group arrived at similar conclusions in previous wage reports, and once again calculated that cutting back public sector wages would save close to $20 billion.

But according to CUPE, the CFIB's wage study based on 2006 census data was flawed, too -- making the same mathematical errors as the new report to boost the gap between the public and private sector.

CUPE criticized the CFIB Wage Watch report for using "techniques that biased their results and involved equations that are mathematically incorrect." It published a counter-report, Battle of the Wages: Who gets paid more, public or private sector workers? that crunched the same census data and concluded overall private and public sector wages were similar -- only more equitable:

"Overall average pay in the public sector is very similar to pay for comparable occupations in the private sector, but it is far more equitable, whether measured by gender, age, occupational group or by region."

This is CUPE's analysis of earnings by major occupation: 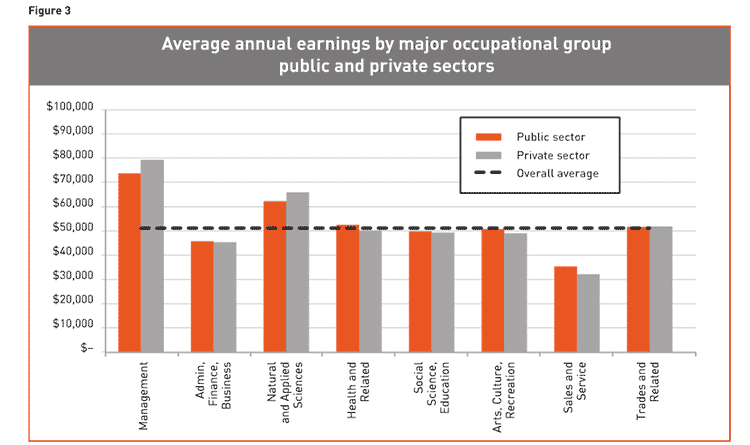 While the new CFIB report critique's the public sector for caving into union pressure, a new International Montetary Fund study of advanced economies -- including Canada -- finds that income inequality rises when unionization declines: "The decline in unionization is strongly associated with the rise of income shares at the top."

The IMF report lines up with a 2014 Unifor analysis on the impact of unionization on the poverty rate in some of the world's most developed countries. It crunched Organisation for Economic Co-operation and Development data to show this: 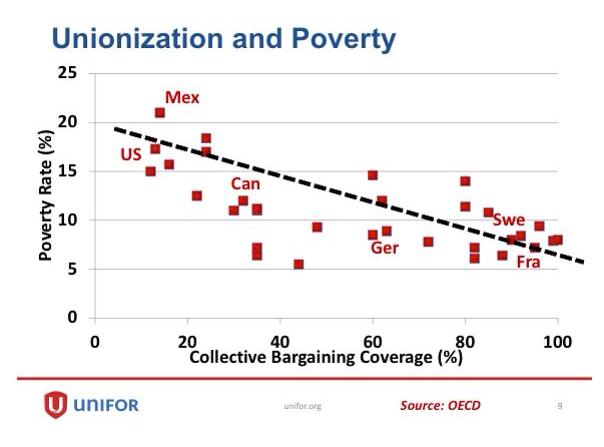 Strikingly, Canada's income gap is among the fastest growing in the developed world. The top 1% in Canada captured 37% of the overall income growth in the last three decades.

The IMF report argues that as "deunionization weakens" the earnings and bargaining power for middle- and low-income workers, it "increases the income share of corporate managers’ pay and shareholder returns."

In a recent blog post, Sanger argues the debate between public and private sector wages also misses a much greater point on wage trends:

"The real point for workers shouldn’t be whether public or private sector workers make a few bucks more at any one point in time... The real point should be that average wages for all workers have barely kept up with inflation while top incomes and corporate profits have skyrocketed. And using the highly inequitable pay scales of the private sector as a norm for the public sector will just make the situation worse and suppress wages and benefits for all workers."

Average Canadians have seen their wages flatten out since 2008: