The Conservatives have a $26.755 billion plan to help families!

Except, it doesn't create any new child care spaces.

And 9 out of 10 households will see zero gain from the signature piece of tax policy: income splitting. And if you do have kids, well, you have to be a certain *kind* of family to qualify for the tax scheme.

In fact, the majority of families that are the target of the income splitting -- parents with children under 18 -- don't quality for the benefit.

But hey, on the plus side, families will get a cheque from Stephen Harper on the eve of the next election (talk about a coincidence!) to help provide "choice" in "child care."

Here's a breakdown of key numbers of the Conservative government's new family plan:

Spend over $26 billion on child care "choices" with an expanded UCCB program, but create zero choices for families looking for affordable, high-quality child care. (Note: the government is eliminating the Child Tax Credit, for a savings of $9.48 billion to help pay for the expansion.) 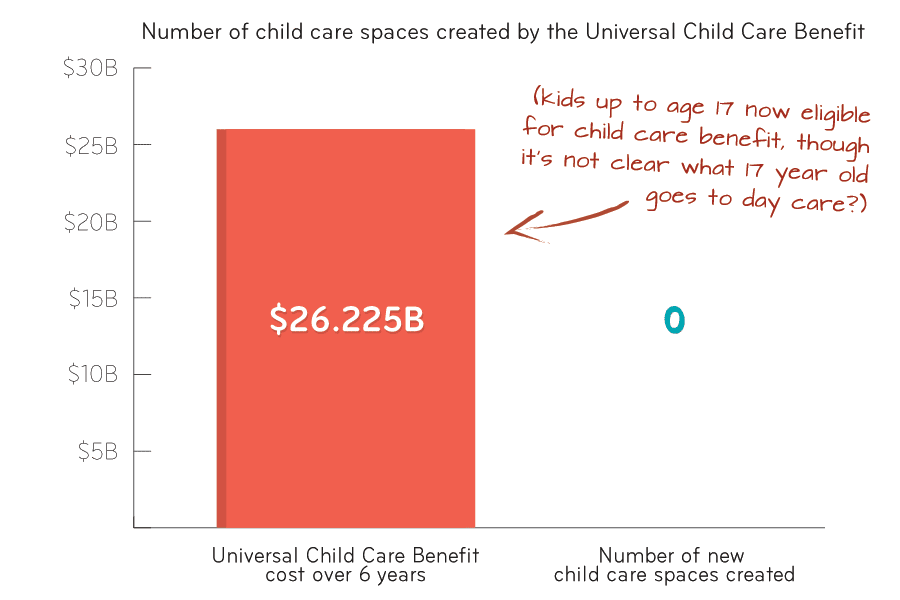 The Mad Men tax scheme, which the Conservatives are trying to rebrand as "The Family Tax Cut," allows parents with kids under the age of 18 with different incomes to shift up to $50,000 from a parent in a higher tax bracket to a parent in a lower income bracket (with a $2,000 cap).

You have to be a certain kind of household to get  a piece of this $12.65 billion pie: 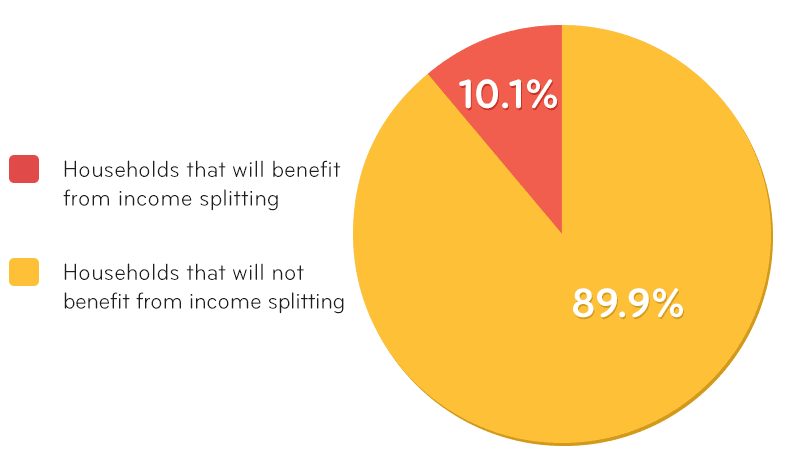 And even among the families that do qualify for income splitting, the benefits are pretty underwhelming.

The actual target of the income splitting scheme are parents with children under 18, and yet 54.1% of these target families will get $0, in many cases because both parents are in the same tax bracket.

Compare that to the median cost of raising a pre-schooler: 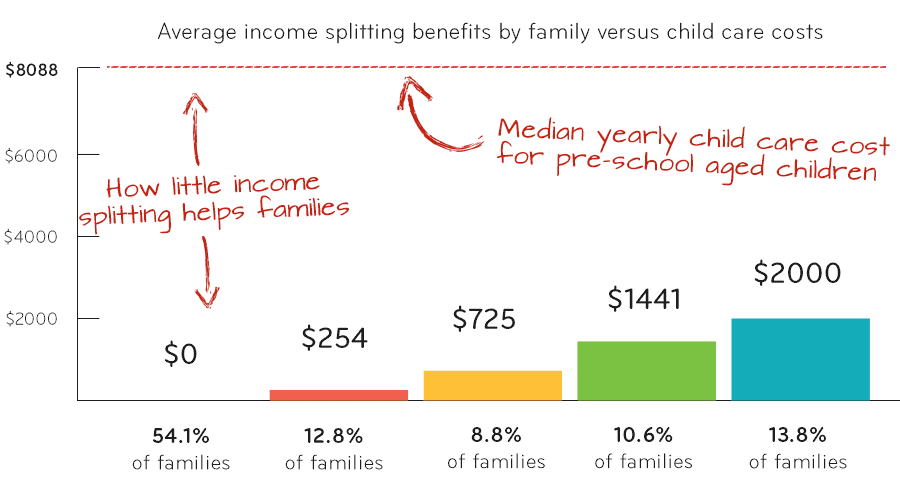 Meanwhile, Statistics Canada points out that over 60% of parents of pre-schoolers between the ages of 2 to 4 currently use child care, meaning income splitting won't do very much to help find child care spaces for their kids or cover the skyrocketing costs of day care -- that's if they make up the minority of families that even quality for the benefit.

To help sell their new package, the Conservatives just launched a new website showing how their tax giveaways will help different families. The problem is there are a few families they leave out (no same-sex families or single mothers).

They also forgot to highlight some key numbers.

Equal earning families: One in three families with kids under 18 -- 28.9%  -- have two parents who are in the same tax bracket. So they won't see any benefit from income splitting. 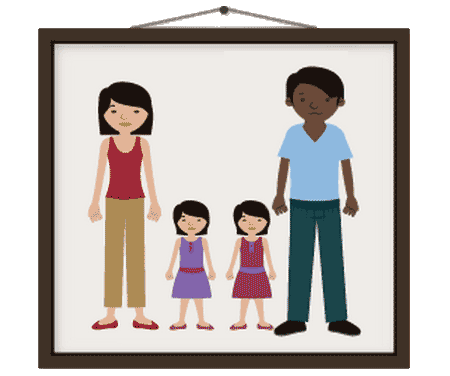 On the flip side, the Institute for Marriage and Family Canada, a social conservative group, recently told a Parliamentary committee that income splitting could help decrease the divorce rate by tying spouses to one another financially. 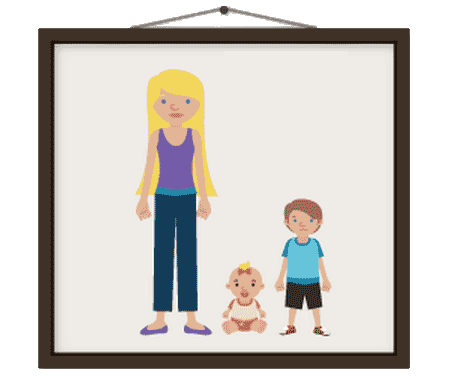 As Carleton University Public Policy professor Jennifer Robson points out, although proponents of income splitting claim it will help families with a stay-at-home spouse, of Canada's 672,000 male-female couples with only a working husband, their median income is a little over $40,000. Another 254,000 families with only female breadwinners have a median income of $33,000.

"In neither case will the 'average' of these family types get any real benefit from splitting when they're already in the lowest bracket," Robson says. 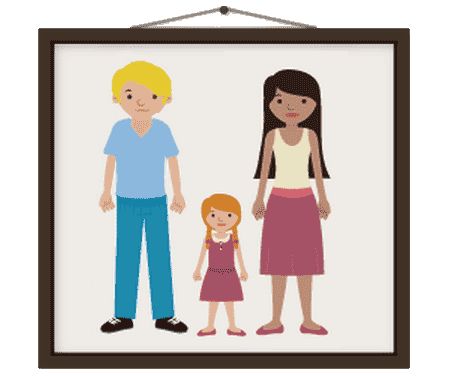 Childless families: No kids? No benefits. Your family needs to have a child under 18. 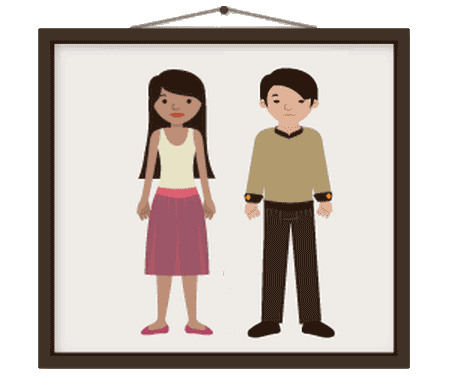 Same-sex spouses with families: The Conserative Party website asks, "which best represents your family?," followed by four portraits of adorable families with moms and dads.

Since it was probably just an oversight, here's what a same-sex family looks like: