Not only can we say the science on climate change is settled – it looks like public opinion is too.

As the world gears up for a major climate conference in Paris, Canadians are in wide agreement that climate change is seriously threatening the future of the planet.

And they're willing to do something about it too.

According to a new poll released by Angus Reid, nearly seven in 10 Canadians identified climate change as a "serious" or "very serious threat to the planet":

Overall, 69% of Canadians responded that climate change was a "serious" or "very serious" threat, while 18% said it was a "more minor threat."

Broken down across Canada, a majority in every province also agreed climate change is a serious or very serious threat: 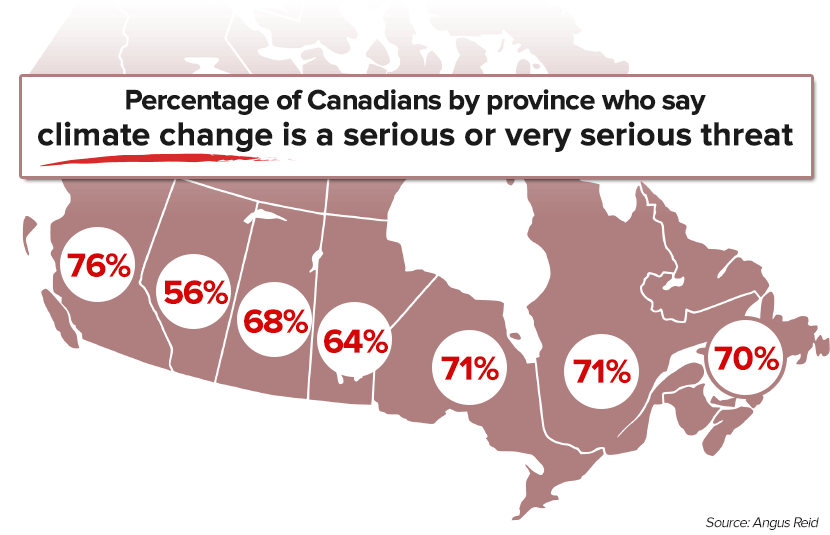 It looks like Canadians are willing to walk the walk and take action on climate change.

On the eve of Paris, nearly two-thirds of Canadians said they support Canada committing to reduce greenhouse gas emissions – even if that means a modest increase in their household energy costs: 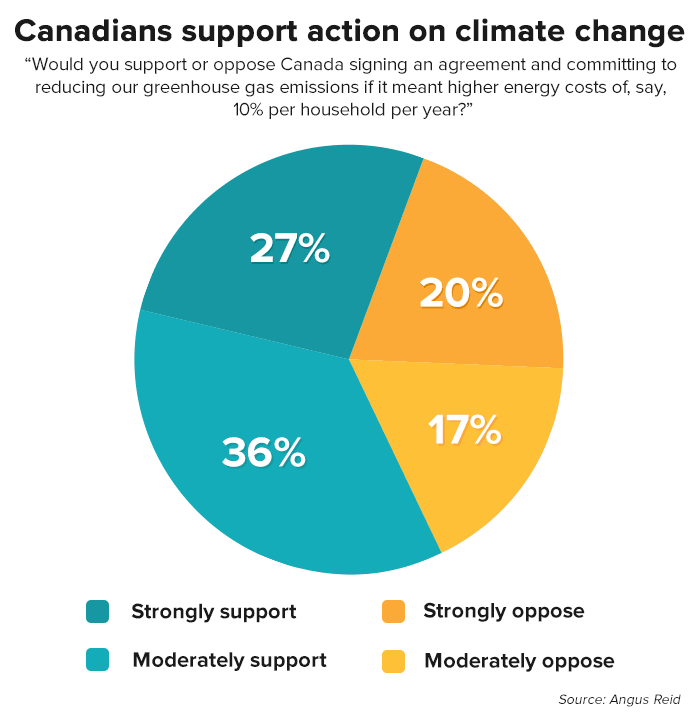 The poll found 69% of respondents support "Canada committing to reducing their greenhouse gas emissions even if some major polluting nations (such as India or China) do not join the agreement to limit their emissions."

Over half of respondents said they support either a carbon tax or a cap and trade system as policies in response to climate change.