Dickens would have called it the tale of two British Columbias.

On one side, wealthy BC Liberal donors and on the other – everybody else.

With the province's gap between rich and poor growing to become the widest in Canada under Christy Clark, a newly released Angus Reid survey shows an overwhelming majority of British Columbians think BC's economy isn't working for ordinary people.

Seven in 10 British Columbians (72%) told the pollster they agreed with the statement that "too many people in BC are being left behind," while roughly the same number (71%) also agreed that "rising inequality is a huge problem in BC today." 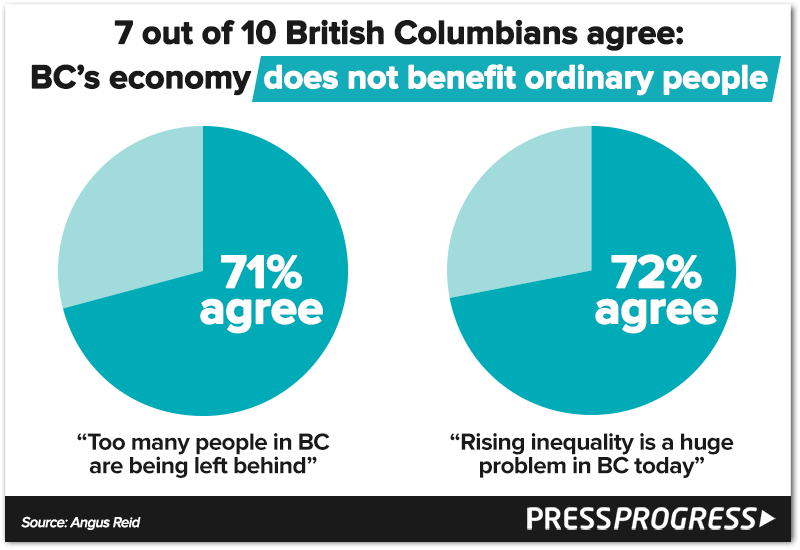 Other findings in the survey underline how Clark's often exaggerated rhetoric trumpeting her own economic performance has become far removed the economic anxieties felt by many British Columbians today.

Overall, 32% of respondents said they feel "worse off" now compared to May 2013, when the last provincial election occurred. Only 19% said they were "better off."

And as Angus Reid points out, wealthy households were "substantially more likely" to say they're "better off" now than they were four years ago than middle and lower income workers: 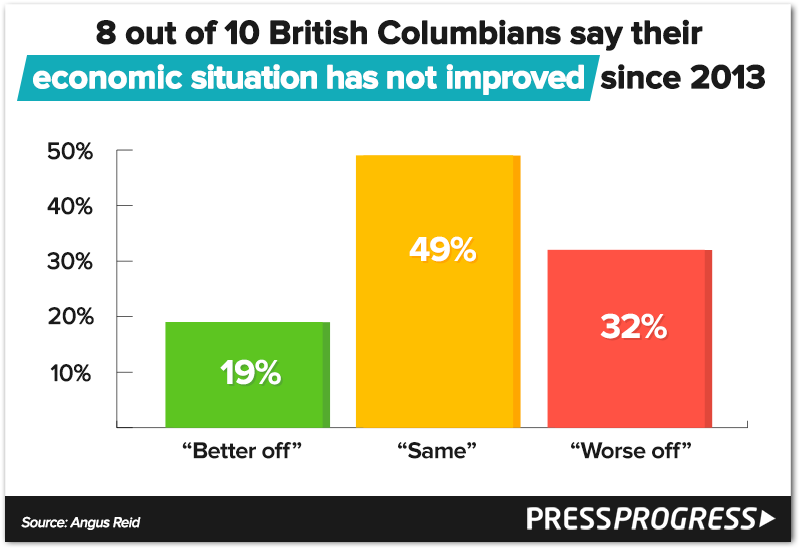 In addition to that wealth gap, low wages and rising costs of living have contributed to a situation where BC is not only the most unequal province in Canada but also the most expensive.

Then again, considering how much time Christy Clark's government spends with corporate lobbyists and collecting millions from corporate donors, many of whom also get a cut from tens of billions in public contracts, is anyone really surprised?