Conservatives sure like to talk about how they 'get' families.

But do they? And do Stephen Harper's family-friendly policies actually make a meaningful impact in the lives of most Canadian families?

"Family life isn't the same today as it was 30 years ago," says a new study from the Canadian Centre for Policy Alternatives that looks at the rise of women in the workforce -- and concludes the federal Conservatives' family tax cuts are probably more helpful to Canadian families circa 1955 than they are to Canadian families in 2015.

Instead, what modern families need are "childcare, parental leave, and economic policies that level the playing field."

Here are 8 charts that lay out why:

1. The number of working women and mothers has nearly doubled in the last 30 years

CCPA points out this has "changed the working and family lives of Canadians," namely increasing "the financial security of working women and their children," and "helped families compensate for the lack of growth in men's earnings." But it has also created "a time deficit for many working parents" and new demands for parents and employers to deal with the "needs of their children."

Overall, 63% of mothers with children under six and a working spouse now participate in the workforce. 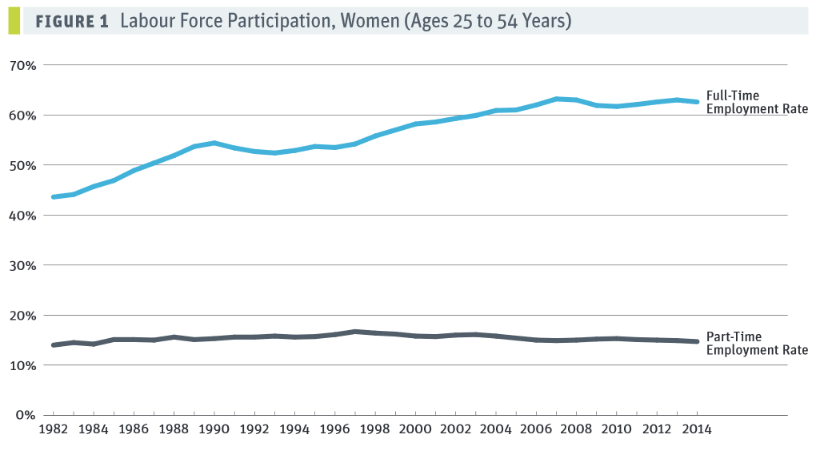 Although these numbers are actually down from where they were half a decade ago.

2. ...And despite so many working mothers, there is a shortage of child care spaces in Canada

Based on 2012 data, there were over 1.9 million children under five years old with working parents in Canada -- but just over half a million regulated child care spaces. 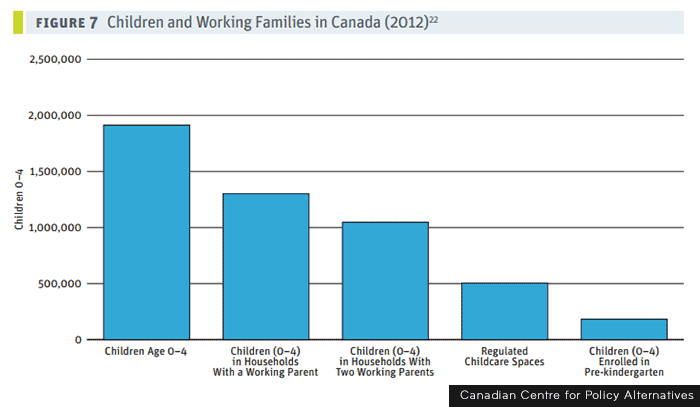 Think the Conservatives would look at those numbers and conclude we should invest in child care? Think again!

The Tories oppose child care on the grounds that it's "a crazy scheme to raise your kids for you." (yes, they seriously said that.) Meanwhile, Harper has worried aloud about this so-called "child-care bureaucracy."

Ontario Progressive Conservative leadership candidate Lisa MacLeod gave the clearest explanation for why conservatives oppose a "babysitting bureaucracy," explaining that it will lead to children being "raised by the state rather than by us." MacLeod went on to state that "I, as a Progressive Conservative, believe that the best person to look after your child is you."

3. OK, so what does Stephen Harper's brilliant solution look like? 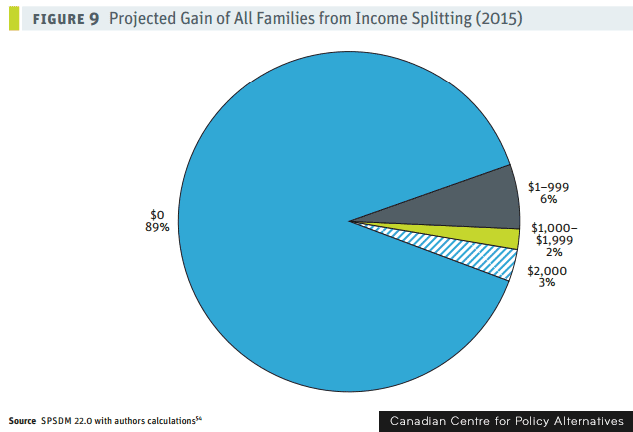 The Conservatives' $12.65 billion income-splitting scheme (or "the family tax cut," as they call it) works by allowing higher-earning spouses to shift part of their income to a lower-earning spouse as a way of lowering their tax bill.

But as we established in point number one, nearly two-thirds of mothers work. And there needs to be a huge gap between the higher and lower-earning spouse to reap the full benefits of income splitting. 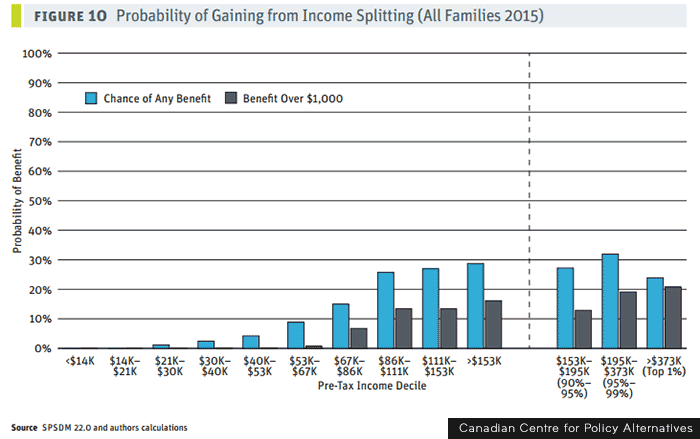 5. And Will that cover most families' child care costs?

In most Canadian cities, those few families with two working parents who do benefit from income splitting would be lucky to save much more than what they spend on one month of day care: 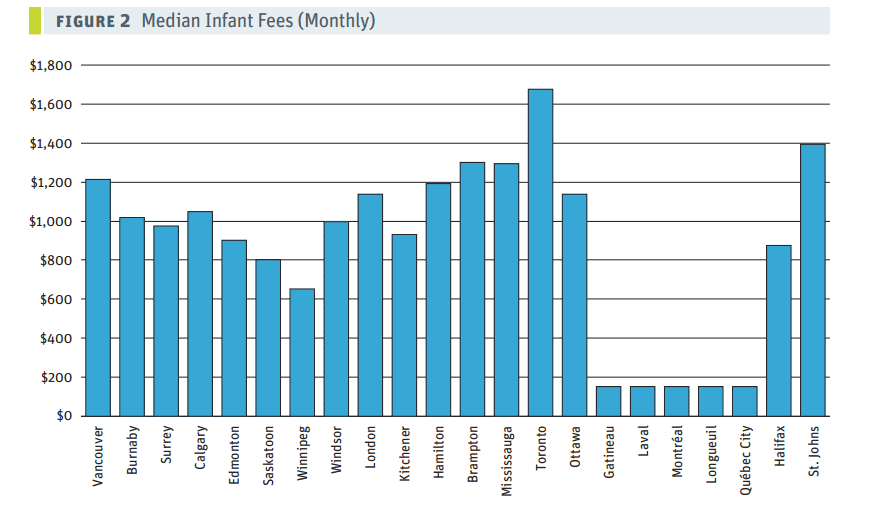 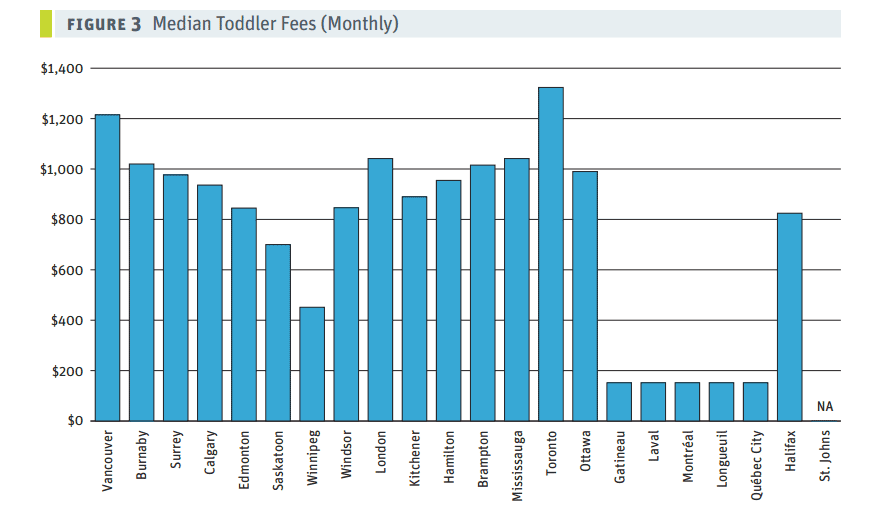 Even with the expansion of the Universal Child Care Benefit from $100 to $160 per month, that's unlikely to offer meaningful help to families in 2015.