9 charts show the hidden cost of precarious employment in Canada

The Conservatives like to brag about their jobs record, but the numbers are bleak.

The majority of Canada's new jobs are precarious, and there are more than two million Canadians in temporary employment today.

That number has nearly doubled since 2007.

Now, the human cost of that instability is outlined in a new report, The Precarity Penalty, supported by United Way Toronto and McMaster University.

2. They suffer from poor mental health...

... and low-income precarious work only increases that likelihood -- with 39.7% reporting poorer mental health.

Precarious workers are five times more likely to delay forming a relationship than those in secure employment:

4. They delay having children

5. Their anxiety about employment hampers their personal and family lives

The fallout from that anxiety includes broken relationships and breakups, alienation from family members, and inability to participate in leisure activities, according to interviews in the report: 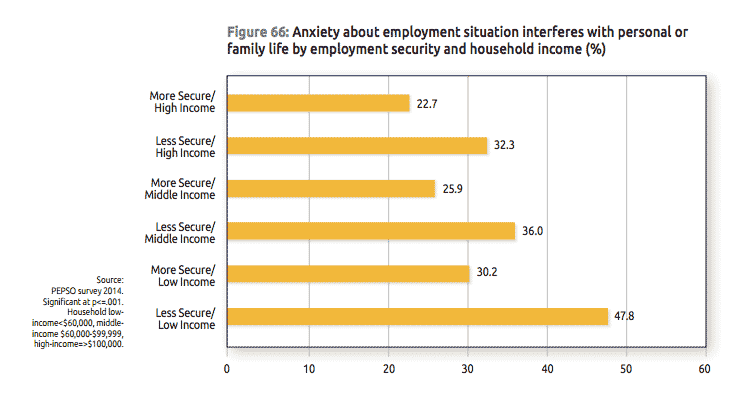 6. Their children pay the price

Precarious workers are over three times as likely to be unable to buy school supplies and clothing: 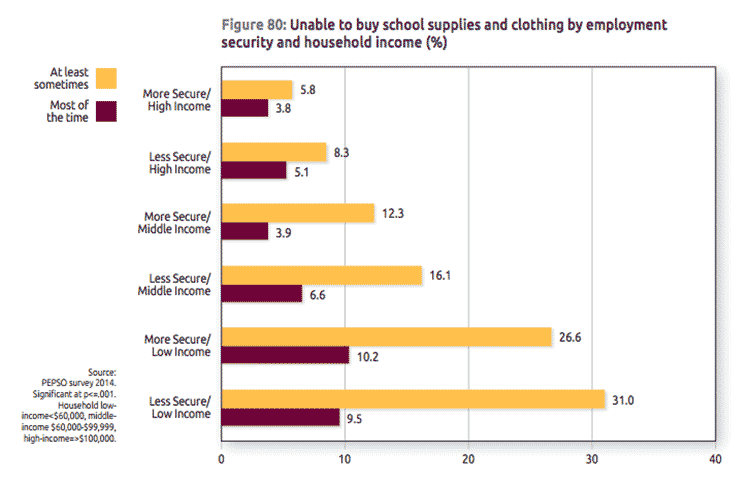 And they are less able to afford children's activities outside of school -- from camps to arts and athletics: 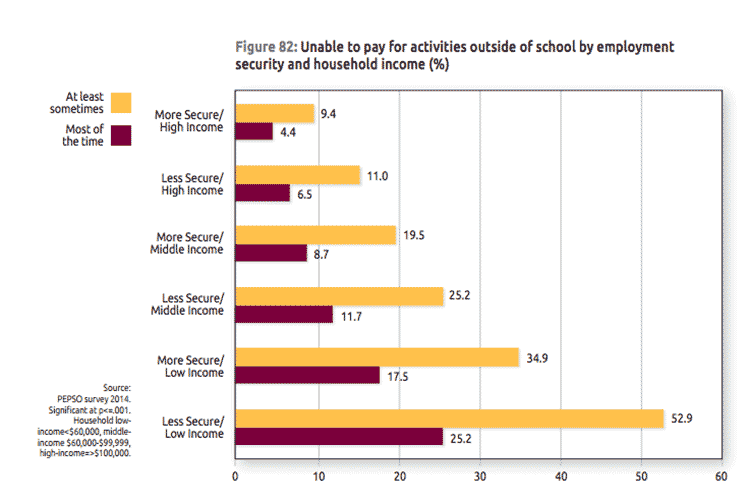 7. They can't commit to large spending decisions -- like home ownership 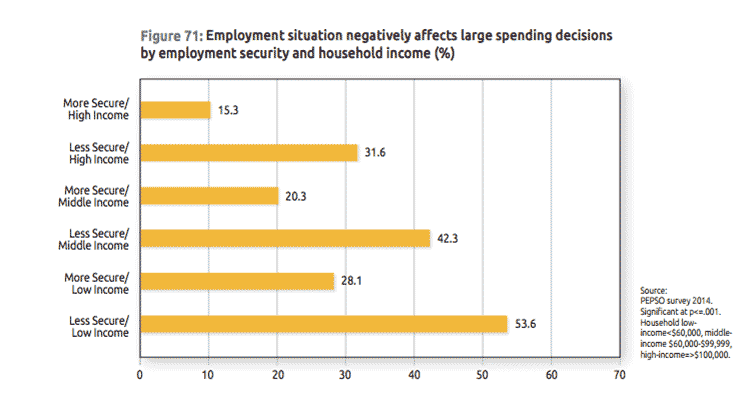 8. Their standard of living is in danger of dropping over the next year 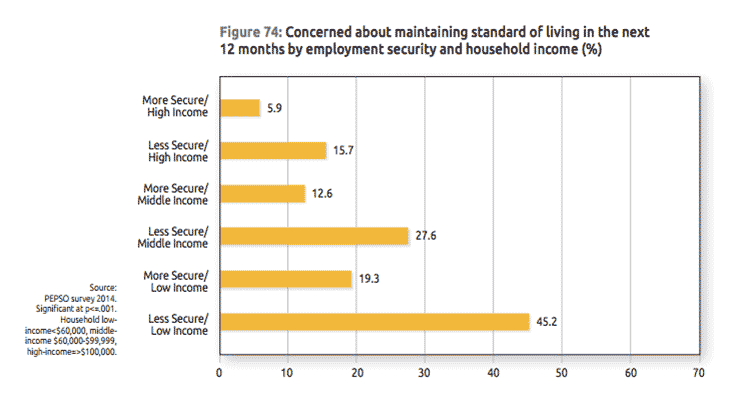 CIBC Report: Canada is 'deteriorating' into a country of low-wage, part-time jobs

Things have gotten steadily worse for young workers in Canada since the 1970s. Here's the proof.