What kind of leader wants this?

Before Stephen Harper became an international laughingstock and trended on Twitter and BuzzFeed for telling women he knows best how they should dress, there was the divisive -- and weird -- campaign with racial overtones that came before it.

How weird? Scroll down our 2015 timeline:

While the suspects are still on the loose, Harper announces to a crowd in Delta, British Columbia that "the international jihadist movement has declared war" and ascribes a hatred towards "anybody who does not think and act exactly as they wish they would think and act" and the values of "freedom, openness and tolerance" as the motive for their attack.

Conservatives launch an online petition asking supporters if they agree that, "harmful and violent cultural practices found elsewhere in the world will not be tolerated in Canada." 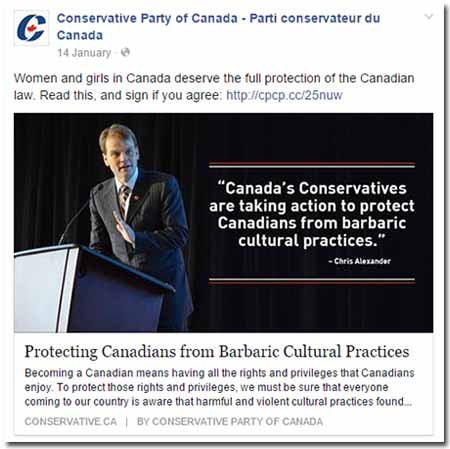 The Prime Minister's Office releases a jingoistic installment of its 24 SEVEN YouTube video series titled, "Canada stands strong and free" that features the prime minister linking 2014's Ottawa shooting to the Charlie Hebdo massacre and ISIS, and suggests Canada is threatened by those who "despise modernity" and "so want violence."

Harper announces his terror Bill C-51, stating, "our government understands that extreme jihadists have declared war on us," and that he will not "privilege the so-called rights of terrorists and others who would harm Canadians over the rights of law-abiding citizens."

Muslim groups say they are "deeply troubled" by "extremely divisive" comments made by Harper after the prime minister singles out mosques as a location where the radicalization of teenagers occurs. 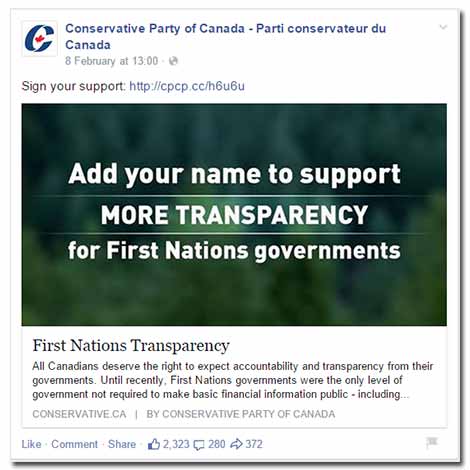 Harper announces his government will appeal a court ruling allowing a Muslim woman to perform the citizenship oath while wearing her niqab (a veil covering her face):

"I believe, and I think most Canadians believe that it is offensive that someone would hide their identity at the very moment where they are committing to join the Canadian family. This is a society that is transparent, open, and where people are equal.”

(So much for those values of "freedom, openness and tolerance" Harper talked about on January 8th...)

A Conservative fundraising e-mail signed by Citizenship and Immigration Minister Chris Alexander condemned the use of both the niqab and the hijab at citizenship ceremonies. Alexander would later tell the House of Commons that these forms of religious dress go against "our values" and "our traditions."

Ironically, one woman in a hijab swore her oath of citizenship at a 2011 ceremony staged for Sun TV that featured several staff from then-Citizenship and Immigration Minister Jason Kenney's department who posed as new Canadians. So much for the sanctity of citizenship ceremonies... 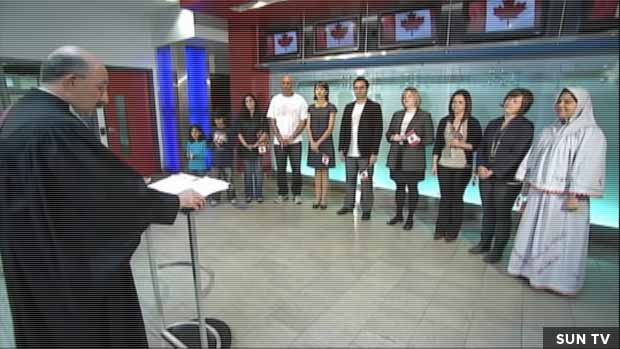 Ads begin to appear on Twitter featuring an image of Harper and the quote "that's not how we do things here," explicitly singling out Muslim women. 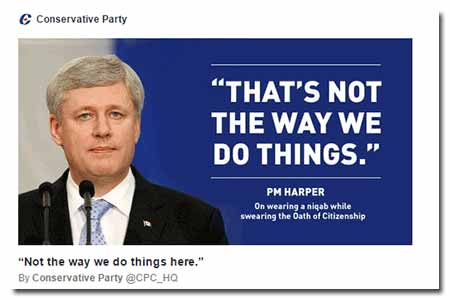 Newly appointed Defence Minister Jason Kenney warns that "the threat is mutating" and those who don't think Western civilization is under attack are "indulging" in "fantasy," warning that more homegrown attacks are likely.

The Conservative Party of publishes an image on its Facebook page depicting an Al-Shabaab militant's "call-to-action" to carry out violent attacks on Edmonton's West Edmonton Mall.

An Edmonton-area Conservative MP condemns the posting and legal experts suggest the Conservatives' re-communication of "terrorist propaganda" may have violated Bill C-51, the very same anti-terrorism bill the Conservatives were seeking to promote. 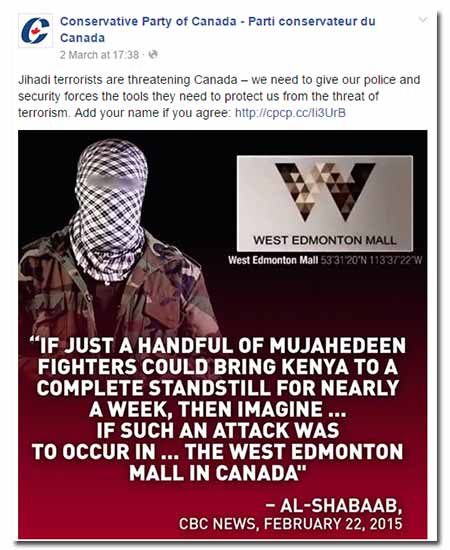 A fundraising letter signed by Edmonton-area MP Tim Uppal "exploits" a specific threat against the West Edmonton Mall as a way of "whipping up fear" and "whipping up cash," as a column in the Edmonton Journal put it. 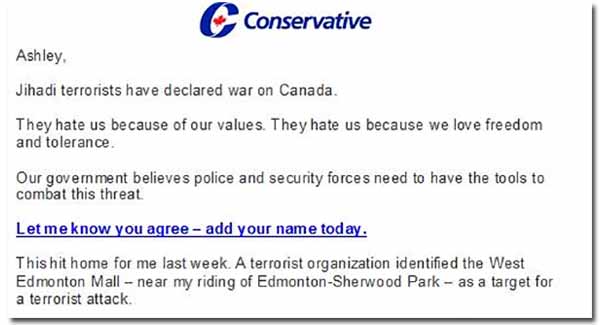 Conservative MP John Williamson (who was once director of communications for Harper) complains the Temporary Foreign Worker Program is leading to "brown people" taking away the jobs of "whities." A heavy backlash follows, including criticism from Canada's multicultural communities and two Conservative MPs.

The Ottawa Citizen's Glen McGregor points out Kenney has been tweeting "misleading photos" (a polite way of saying they're fake) of Muslim women in chains and child brides -- in what appears to be an attempt to stir emotions over Canada's military mission in Iraq and Syria. 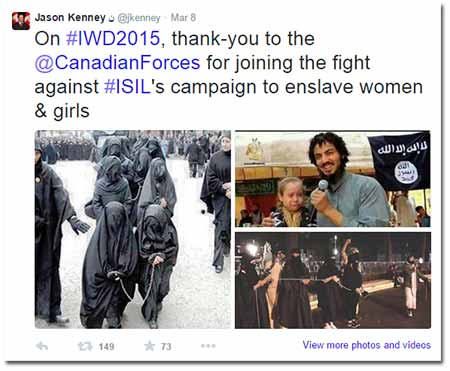 Total radio silence on the issue from the minister in charge of the Canadian Forces ever since. 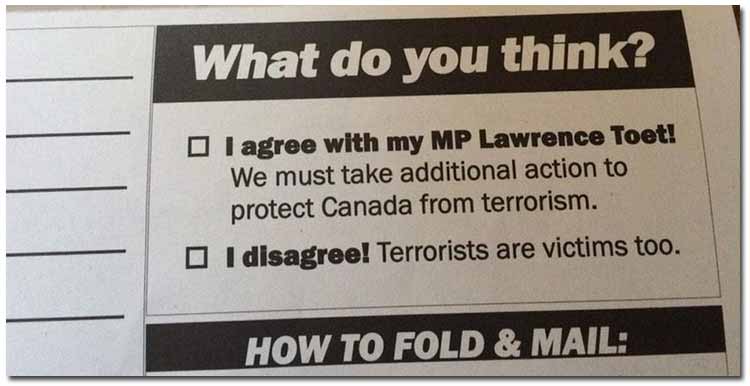 A Globe and Mail editorial called out Blaney's reference to the Holocaust as a "stunt" that lacks context.

Harper says that Islam is a "culture that is anti-women," in response to a question about the niqab.

Here's how the Internet reacted:

Just about to get dressed, was thinking white blouse, green Celine skirt, white tights, is that ok, @pmharper? #dresscodePM

Now airing on TLC the new "What Not to Wear " ft @pmharper as the new host #dresscodePM pic.twitter.com/3qhECstHYK

Stephen Harper forgive me for I have sinned, I dressed without your consent this morning #DressCodePM #Doyouapprove pic.twitter.com/ptkz5bFikd