Aboriginal women ask Stephen Harper: Am I next?

That's the question aboriginal women are asking Prime Minister Stephen Harper in a new online campaign to renew pressure on his government to call a national inquiry into murdered and missing indigenous women.

Coming on the heels of Harper's "sociological phenomenon" blunder, the campaign is the brainchild of Holly Jarrett. She's the cousin of Loretta Saunders, a 26-year-old Inuit student at Saint Mary's University who was murdered earlier this year. At the time of her death, Saunders was working on her thesis on murdered and missing aboriginal women.

"She had come through a lot of the same kind of struggles that a lot women affected by colonialism and residential school stuff," Jarrett told PressProgress Friday, a day after  launching the Am I Next campaign.

"We wanted to move it forward for her. She was really passionate about telling her story, to stand up and tell the brutal truth," said Jarrett, an Inuit from the Labrador coast who's now based in Hamilton, Ont.

After organizing one of the largest petitions at change.org calling on the government to launch a public inquiry into hundreds of missing and murdered aboriginal women, Jarrett decided to launch the Am I Next campaign.

It's inspired by the Inuktitut word ain, a term of endearment for someone you love in her native language.

Here are some of the faces of the viral campaign: 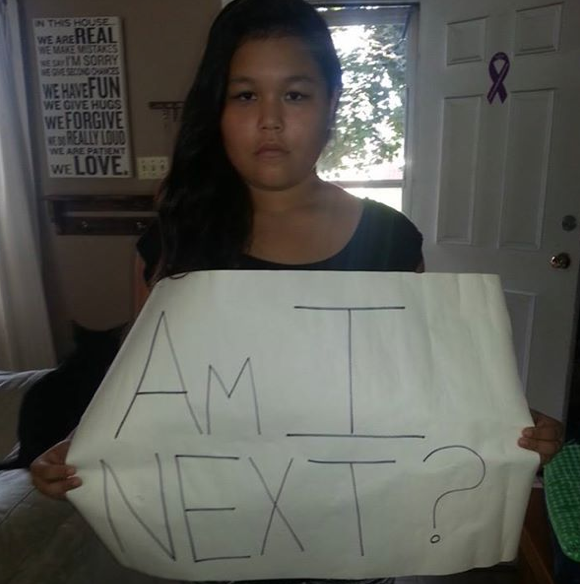 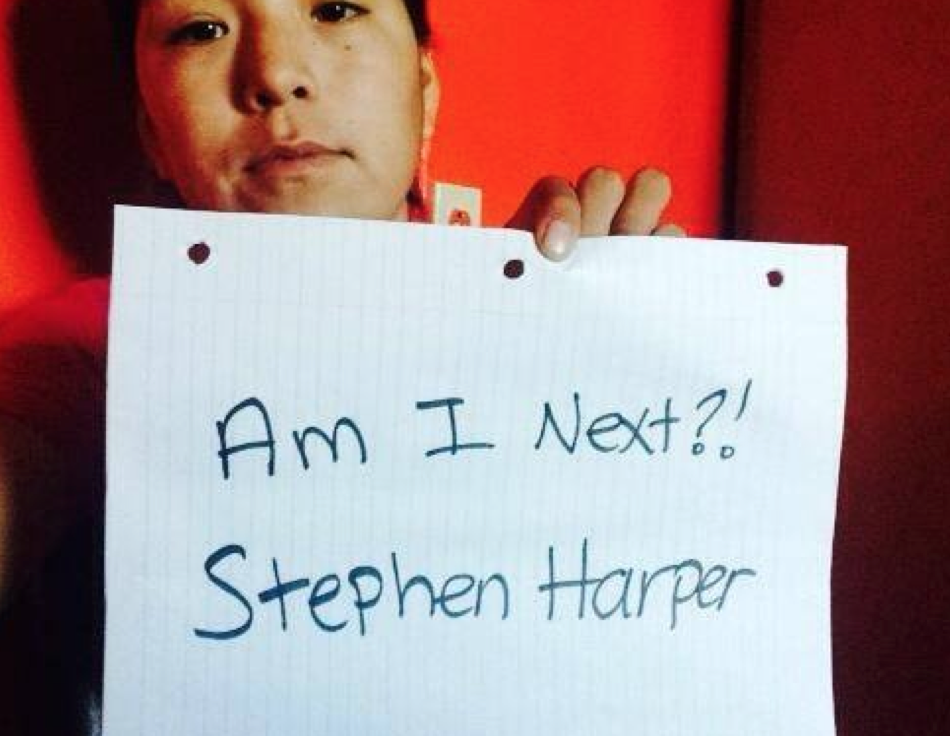 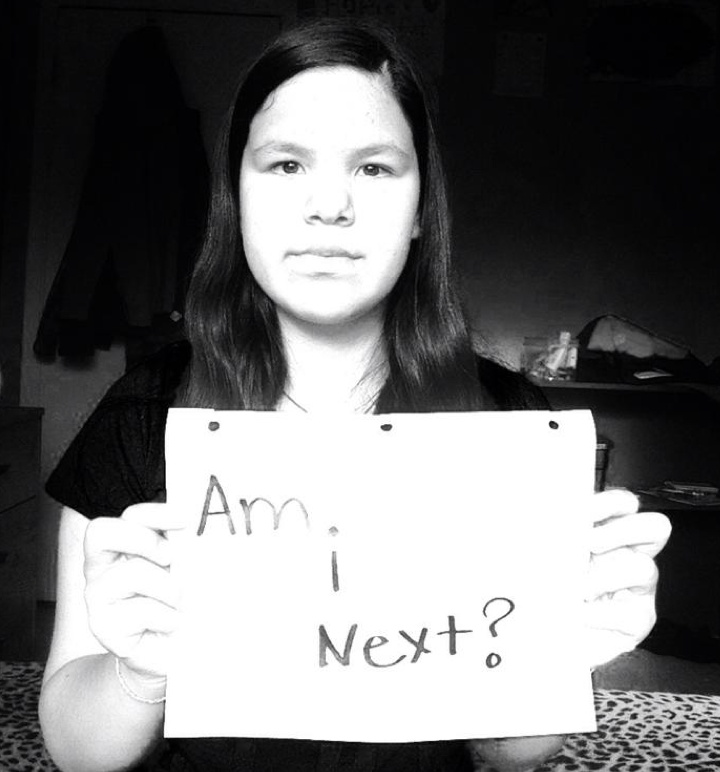 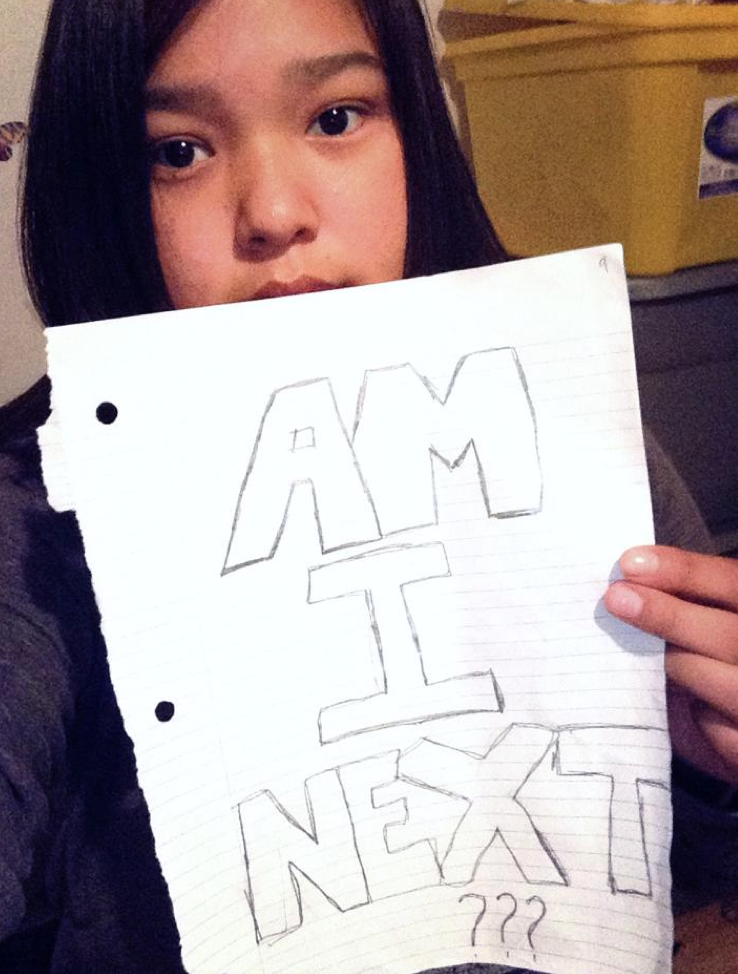 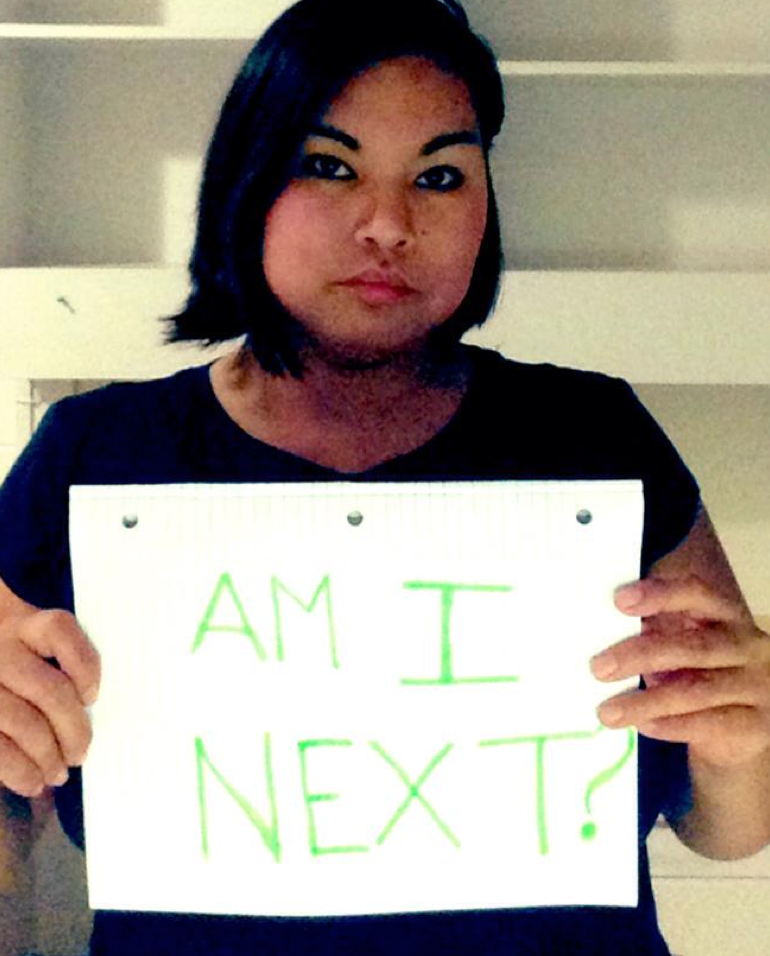 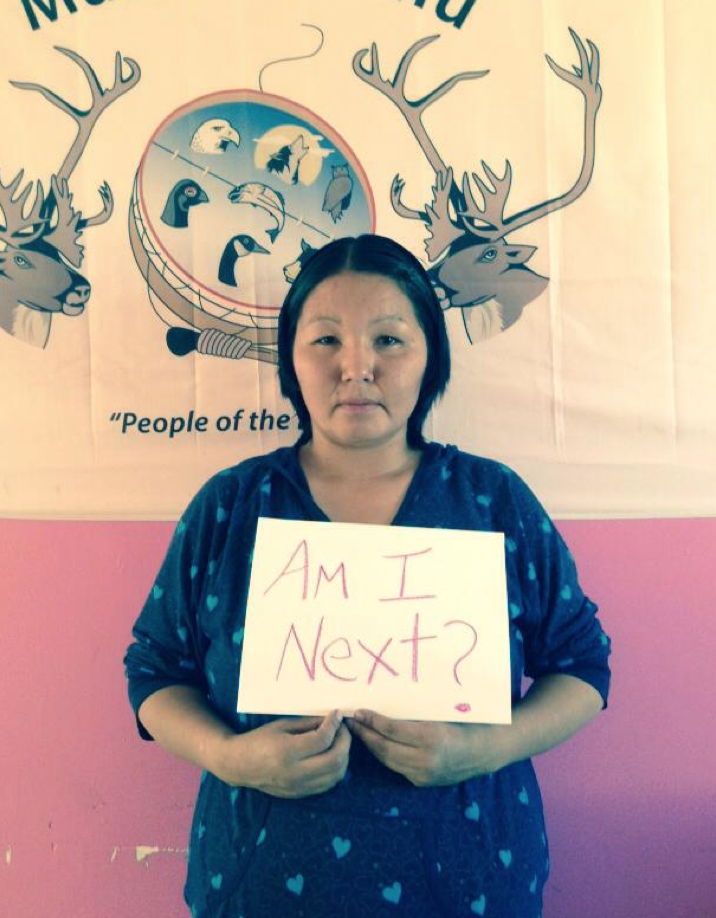 Aboriginal women ask Stephen Harper: Am I next?

Is this what a pipeline consultation with First Nations looks like?

5 things you should know about aboriginal education funding