Access to reproductive services is still a problem in Canada. In 2014.

For a medical procedure that is 100% legal, there sure are a lot of obstacles standing between Canadian women and their reproductive rights.

The latest flashpoint in the struggle to maintain reproductive service centres is the closure of the one and only abortion clinic in New Brunswick. Its shuttering is still in question after an online crowdfunding effort hit its $100,000 goal to keep Fredericton's Morgentaler clinic open, but a lease agreement has yet to be signed.

But while fundraising enough to save the clinic is a big victory, New Brunswick women still face many challenges. Theirs is the only Canadian province that doesn't fund the procedure at private clinics under medicare, which has an out-of-pocket price that can range between $700 – $800. The other option is to have the procedure done at a hospital, but in order to do so women need to first seek and gain approval from two separate doctors.

But the ongoing struggle for access to reproductive services isn't just a New Brunswick problem. It's a Canada-wide one.

The problem is most apparent in rural Canada. If a woman lives in rural or remote communities far away from urban centres where, apart from a scarcity of specialists and other logistical issues, many rural providers identify a need to "fly under the radar" in their small communities. In some extreme instances, women have had to travel 26 hours by bus to receive services to which they are legally entitled.

What's more, abortions are excluded from the services covered by the inter-provincial billing agreement. In practical terms, that means if you are going to school out-of-province or if you have recently moved, you are faced with a decision of incurring the costs of travelling back to your home province or paying for the procedure out-of-pocket.

Here are some more numbers highlighting the need to continue supporting access to safe and affordable reproductive services: 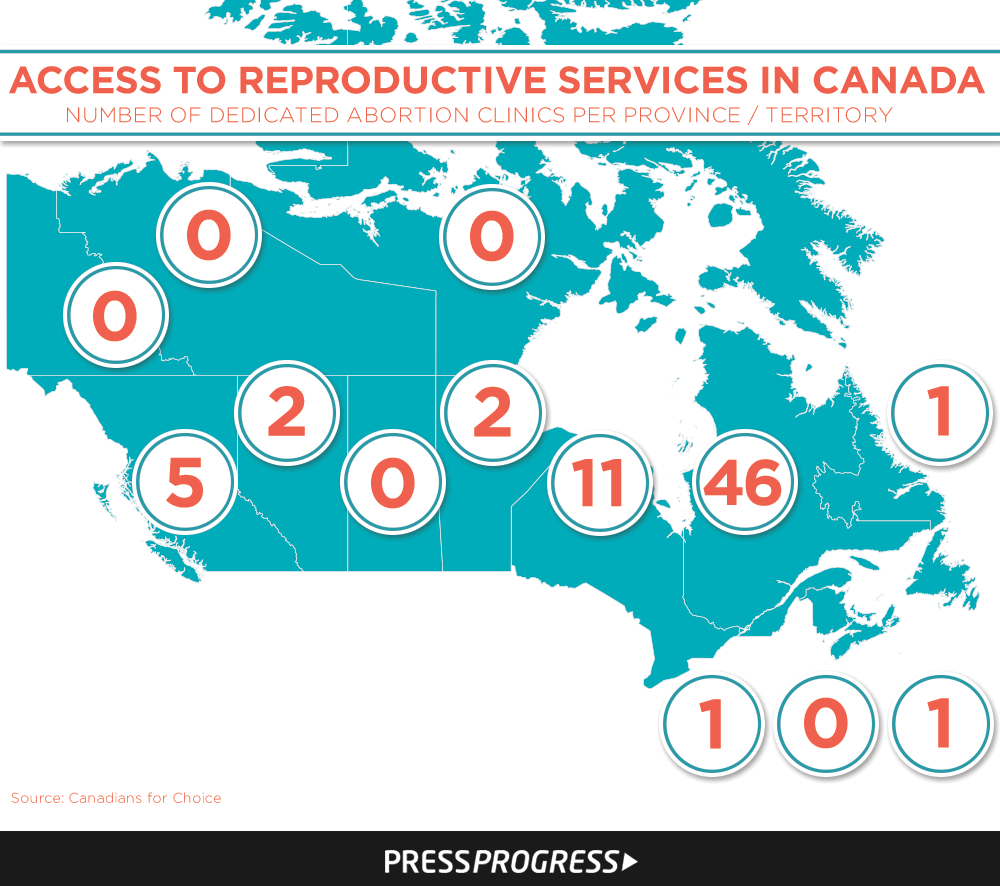