Levant, an alleged champion of free speech, has previously likened using Twitter's block function to something a "moral weakling" or "thin-skinned princess" would do. 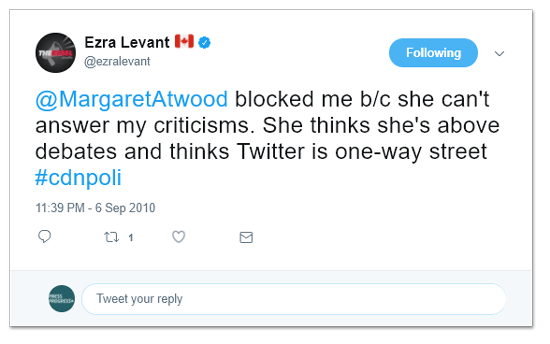 In a statement posted to The Beaverton's Facebook page Wednesday, the satirical news site stated it was "shocked" and "saddened" to learn their Twitter account had been "blocked by Rebel Media" following what they describe as a "friendly Facebook Page Like competition." 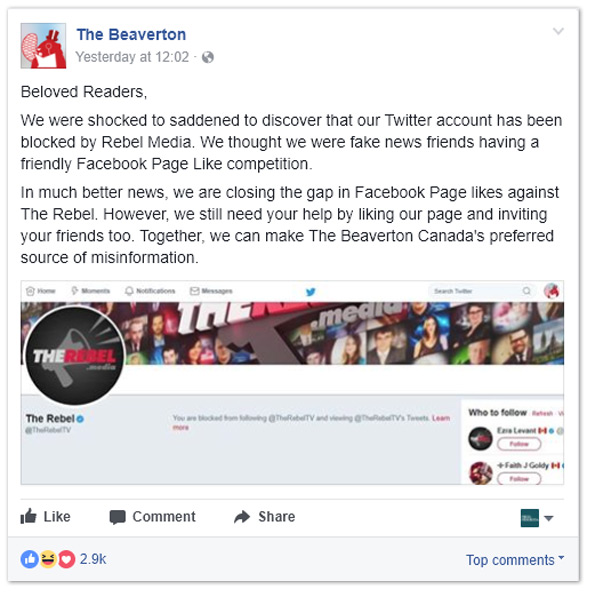 The Beaverton's statement noted it had been "closing the gap" in their ongoing "competition" to overtake Rebel Media as "Canada's preferred source of misinformation."

Earlier this month, The Beaverton published a bar graph comparing the number of "likes" on The Beaverton's Facebook page with its "fake news competitor, Rebel Media." 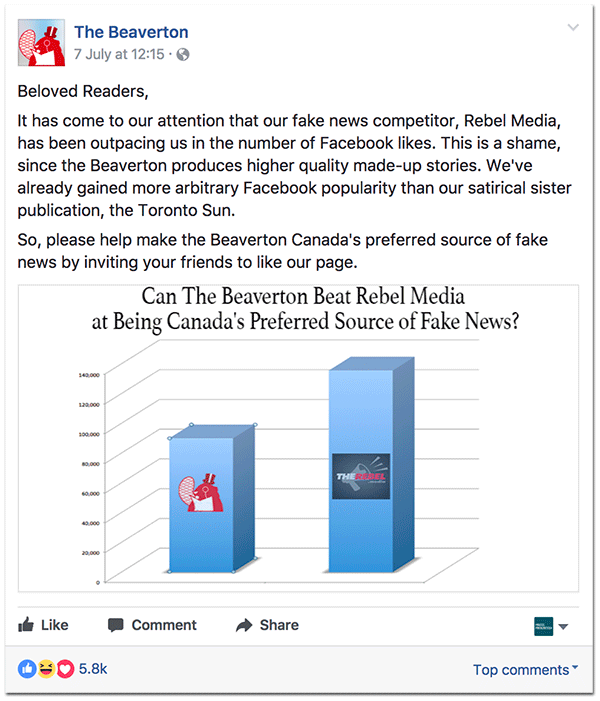 Beaverton Editor Alex Huntley told Press Progress "Rebel Media has not indicated why it blocked us on Twitter" but speculated "they may take us too seriously."

Despite their "tongue-in-cheek" competition, Huntley says he sees other similarities between Rebel Media and his comedy site:

"There are some similarities between Rebel Media and the Beaverton; we use exaggeration, hyperbole and we don't check the facts in our stories."

But there are key differences too – unlike Rebel Media, Huntley says The Beaverton openly acknowledges that "all of our stories are fictitious."

Levant is himself no stranger to Twitter's blocking function, permanently muted by a diverse range of people from former Sex and the City star Kim Cattrall to the Ontario Provincial Police.

On multiple occasions, the Rebel Media owner has even denounced other media outlets and media personalities as "touchy" and "graceless" after discovering he'd been placed on their block list.

After learning that his Calgary Herald blocked him on Twitter last year, Levant complained that it was "weird" and "sort of pitiful" for a "competitor" to block him on Twitter.

Blocked by the Calgary Herald? That's weird. But maybe not -- we're a competitor. Sort of pitiful tho. #yyc#abpolipic.twitter.com/VkDn6Epa4S

Rebel Media has had a rocky year following months and months of embarrassing international headlines, plus an ongoing backlash from advertisers amid charges Rebel Media is a "hate site that promotes xenophobic propaganda."