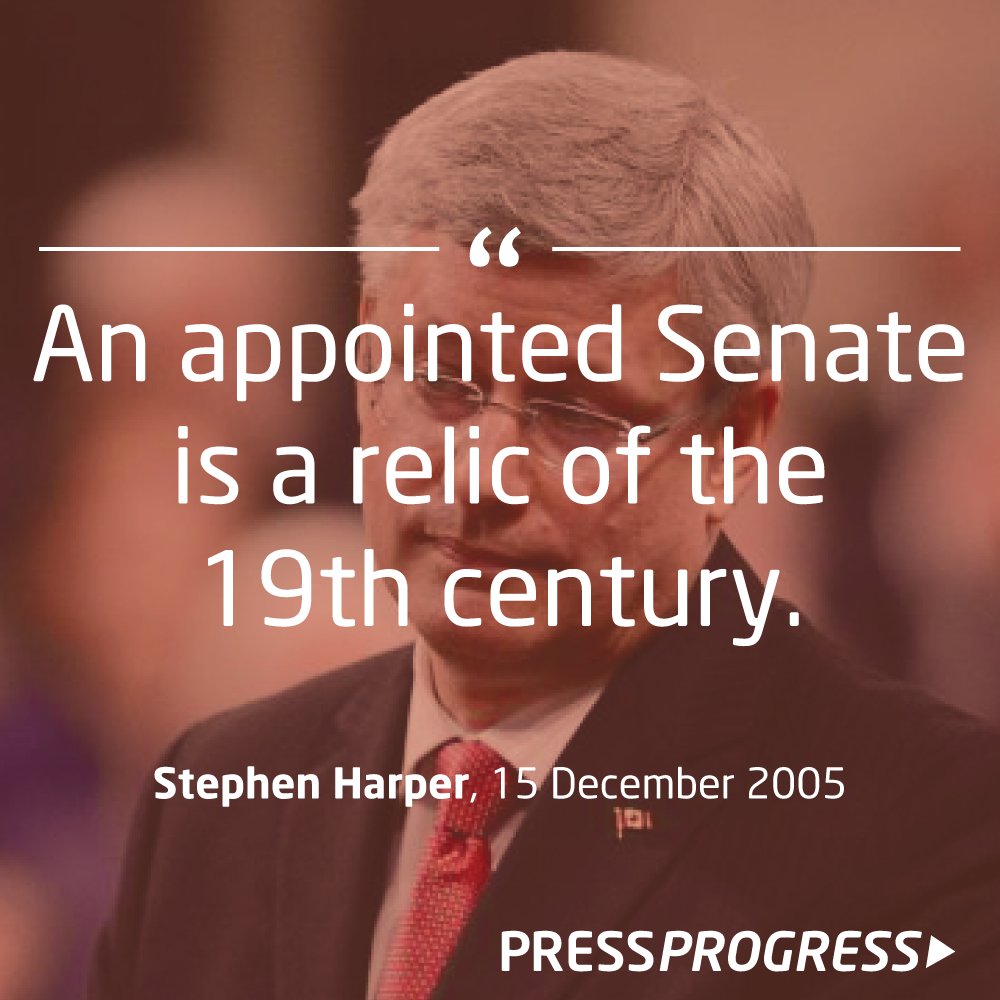 Prime Minister Stephen Harper was right back in 2005, when he declared that an "appointed Senate is a relic of the 19th century."

The developments on Tuesday just reinforced this point, when the RCMP announced criminal charges against Mac Harb, who served as a Liberal senator for years before stepping down last year amid allegations. Patrick Brazeau, appointed by Harper in 2008 as a Conservative senator who is now a suspended independent senator, was also charged.

Both men face one count each of breach of trust and fraud related to expense claims. The RCMP's broader investigation into the Senate spending scandal is still ongoing, so stay tuned.

In the meantime, let's step back and see why Canada has appointed senators in the first place.

The country's first Prime Minister, Sir John A. Macdonald, explained in 1864 why an appointed Senate filled with people (who owned land) was needed as a check on commoners elected as Members of Parliament.