Remember the Harper government's attack on progressive charities? Well, it looks like Canadian conservatives are gearing up for Round 2.

This week, a complaint filed with Elections Canada by a group called Canada Decides is alleging "foreign influence" in the 2015 federal election, even claiming that progressive organization Leadnow was “spawned” by foreign money. 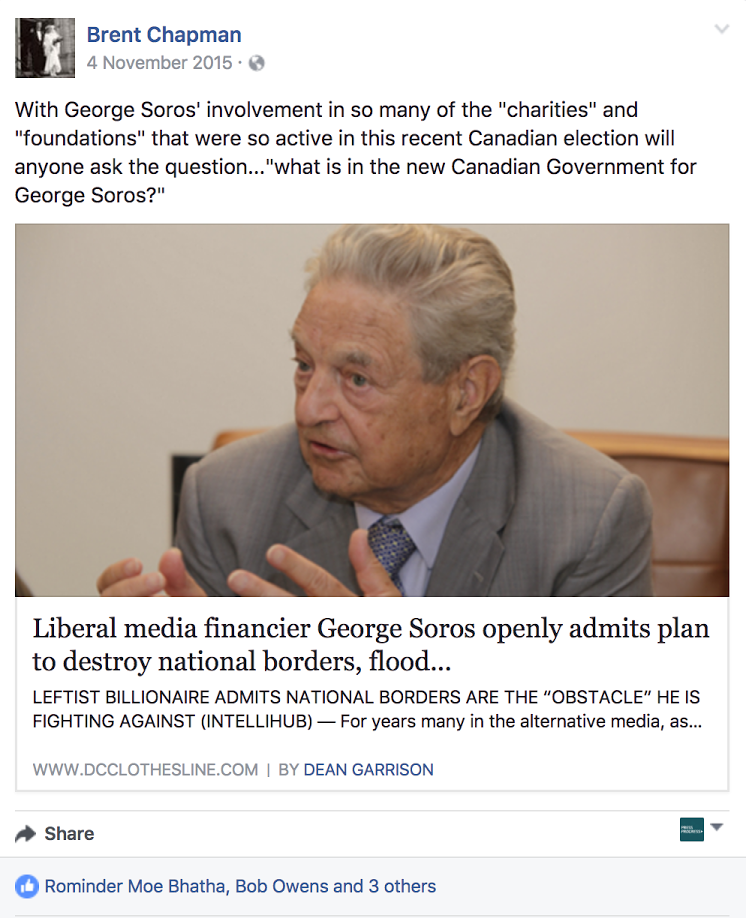 The complaint, yet to be investigated and still unproven, has already started to spread throughout the right wing blogosphere in typical fake news fashion. 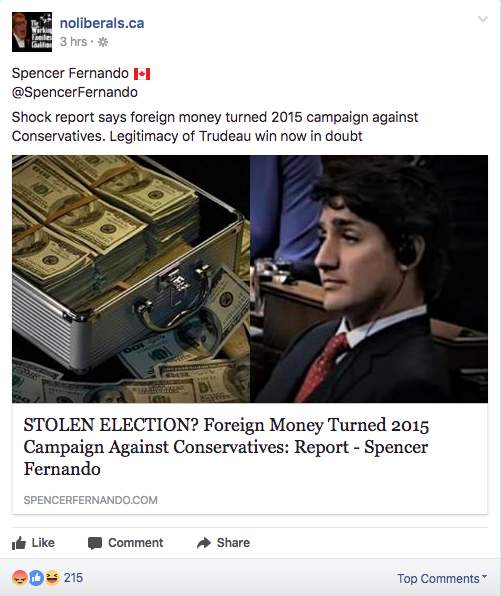 For her part, Crockatt has been regularly taking to Twitter to complain about “foreign influence” in Canadian elections.

Liberals make self-serving change to the Elections Act but IGNORE the huge foreign influence in the 2015 election? Stand up @karinagould!!

Knock knock. Is anybody listening? Next time it could be, Saudi Arabia, Iran, China, Russia... https://t.co/YBnmVDn7qJ

Of course, when it comes to conservatives conflating environmental and other progressive groups with sinister foreign powers, we’ve seen this movie before.

Indeed, this rhetoric is eerily reminiscent of the very language Oliver used in 2012 when, as Natural Resources Minister, he claimed “environmental and other radical groups” campaigning on green issues were "threatening to hijack our regulatory system to achieve their radical ideological agenda”.

(You know, that radical agenda of preserving the planet for future generations...)

The Conservative government then proceeded to launch audits of a number of progressive charities, ignoring right wing groups entirely.

Given that the last of these audits were finally suspended this month, it's perhaps no surprise Oliver and other conservatives have started singing the same tune all over again...