B.C. gives juicy tax cut to the rich even though they're already the wealthiest in Canada

Maybe Robin Hood needs to retire to Victoria, B.C. -- just to help even things out a little.

The B.C. Liberal government is giving a tax break to the province's richest residents -- even though B.C. is already home to the highest concentration of wealth in Canada.

And this comes after government service fee increases for everything from park use to medical services (MSP), and ongoing rate increases from the Crown-owned B.C. Ferries, ICBC (auto insurance raised 4.9% in November) and BC Hydro (28% over five years) -- which critics say have heavily burdened working families.

Conveniently, those hikes provide a key source of revenue in the budget introduced Tuesday. 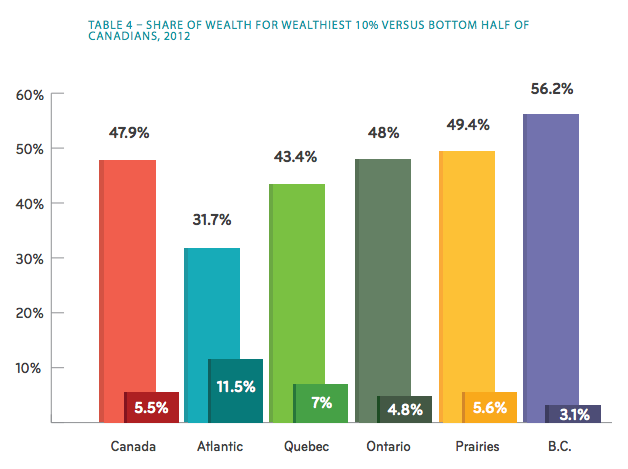 The concentration of wealth among the richest 10% is higher in B.C. (56.2%) than anywhere in Canada -- with the lowest being in Atlantic Canada (31.7%), according to a 2014 Broadbent Institute report on national wealth distribution.

So the B.C. government's two-year income tax hike for the province's wealthiest actually made sense. (The tax brought in an estimated $227 million in revenue in 2014/15 and is expected to add another $176 million before it expires.)

But Finance Minister Michael de Jong's budget made no plans to extend the rate when it expires Dec. 31, 2015.

While the wealthiest will surely appreciate the tax break, most of B.C. might have appreciated an increase in minimum wage.

B.C.'s income growth was the worst in the country between 2006-2012, according to an analysis of Statistics Canada data by the Broadbent Institute. The province's inflation-adjusted median income fell 2.4 per cent to $29,200 over that period, while Canada’s overall employment income grew by 3.5 per cent.

"A government can eliminate its deficit, or even shut down entirely, but that hardly implies that society is richer." 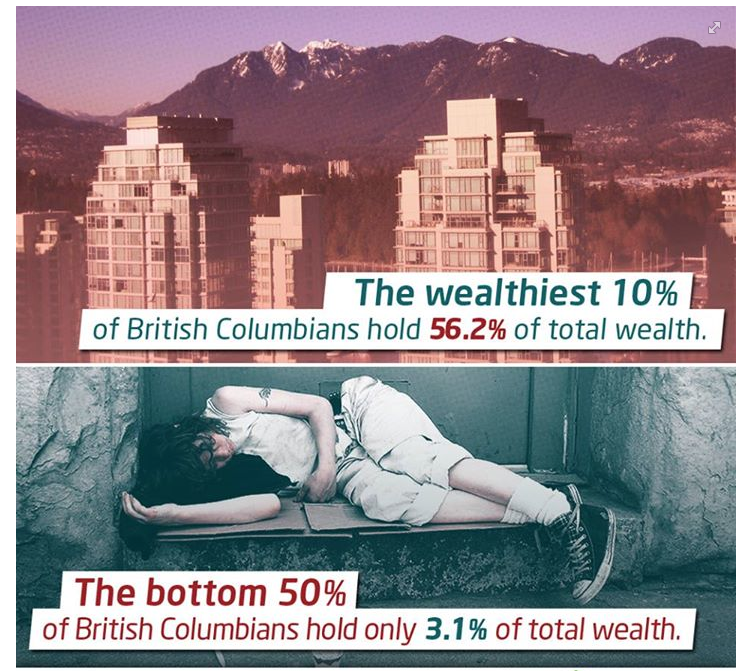