Canadians aren't playing along with the Conservative government's game of "I Spy."

That's the key finding in a new report released Wednesday just as the Tories prepare to rubber stamp Bill C-51 in the Senate.

As public support for the anti-terror legislation plummets, OpenMedia's crowdsourced report on Canada's privacy deficit -- with input from over 100,000 Canadians -- reveals why.

What are Canadians three biggest concerns?

Canadians worry about government agencies gaining access to their personal data without a warrant -- 93.8% said a judicial warrant for such searches should only be issued on evidence that a crime has been, or will soon be, committed. 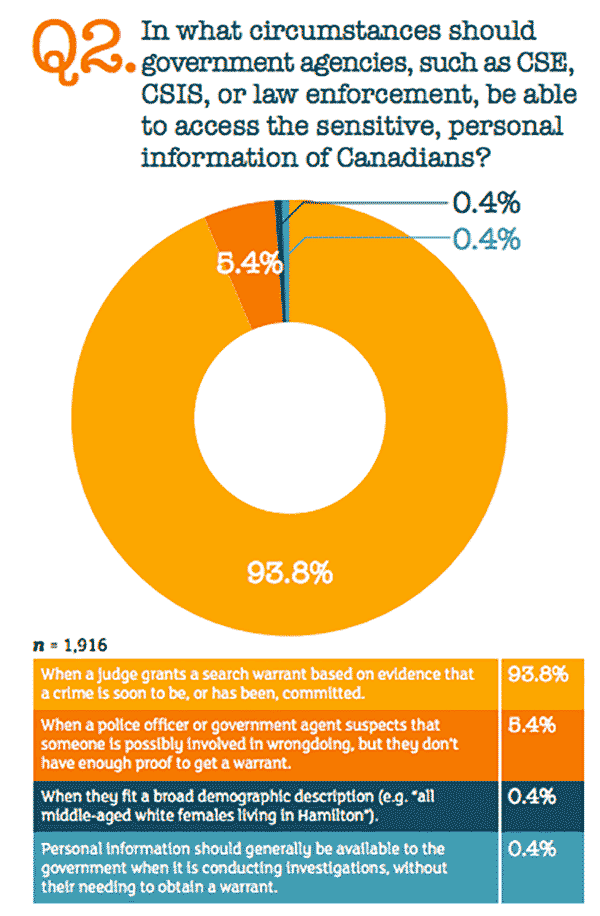 When asked to rank their overall privacy priorities, "require a warrant" came out on top with 68.9% of Canadians selecting it as one of their top three concerns.

Canadians stand firmly against the unfairly monitoring of peaceful groups, individuals and organizations -- 92.2% said agencies should not be conducting surveillance on law-abiding Canadians. Period. 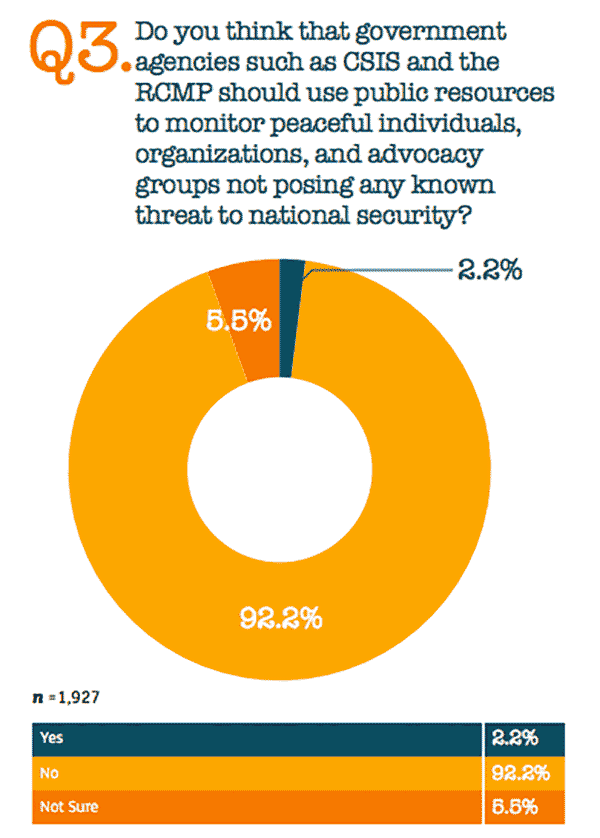 Nearly 90% of those surveyed agree with Canada's Privacy Commissioner that spy chiefs should be required to testify regularly before Parliamentary committees -- and 87.9% want an independent oversight body for Canada's spy agencies that gives regular updates to the public, while 94.1% also want to see a thorough review of existing oversight mechanisms.

The public's concerns about oversight are in synch with a majority of the expert witnesses who testified at the House of Commons public safety committee on C-51 and a chorus of high-profile critics from across Canada, including former prime ministers.

OpenMedia's report also highlights the massive gap between the annual budget of Canada's spy agencies compared to their current watchdog: 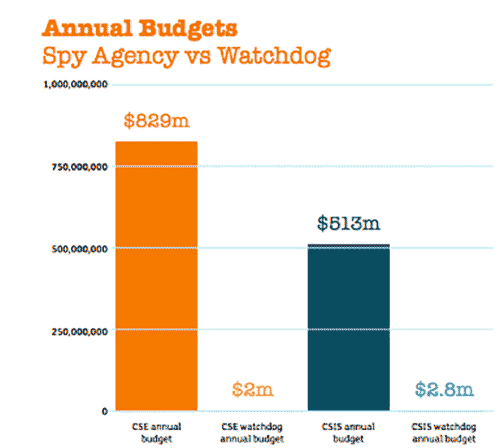 Based on Canadian's public input, OpenMedia offers various policy recommendations, including ending mass surveillance, embracing accountability and requiring a warrant to access personal information. Below is the public approval rating for key policies: 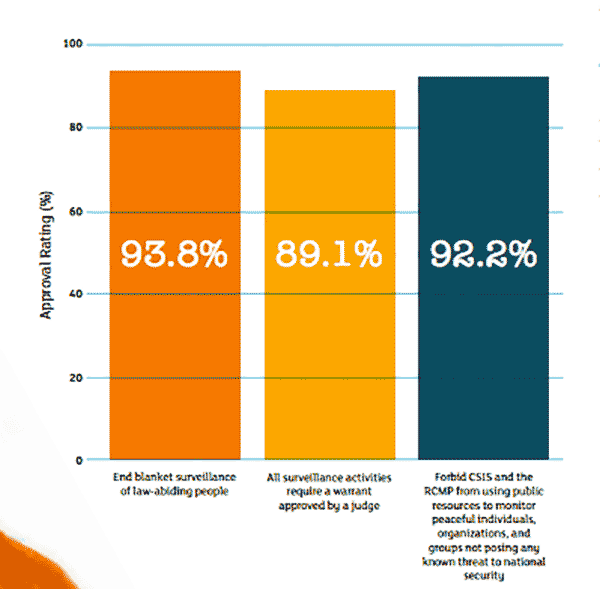 VIDEO: How Canada's top-secret spy agency is creeping on you