Canada is back? Here are 6 ways Justin Trudeau can back up his words on climate change with action

It's a handy slogan if you're replacing this guy. Under Stephen Harper, Canada abandoned the Kyoto Protocol, boasted the world's highest per capita greenhouse gas emissions and the worst record on climate change of any industrialized country.

But during the Before Harper era, the Liberals didn't do anything about Kyoto either. That's likely not what Trudeau had in mind when he said Canada is "back," though.

So while talking the talk is a nice first step, here's what Trudeau can do to walk the walk:

Even after signing on to the Kyoto Protocol in 1998 and ratifying it in 2002, Canada's GHG emissions ballooned under the Chretien and Martin governments.

And although emissions fell after the 2008 recession, they continued to rise even after the Harper government agreed the 2009 Copenhagen Accord (they remain nowhere near Canada's target). 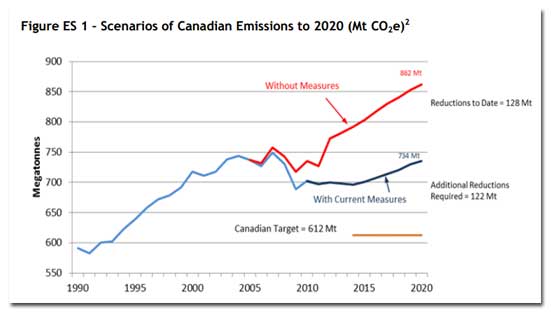 That's why setting targets is good, but it doesn't mean anything unless it's accompanied by concrete policies.

For years, the federal government has been giving away subsidies to emissions-heavy fossil fuels. The International Monetary Fund pegs these subsidies at $34 billion each year: 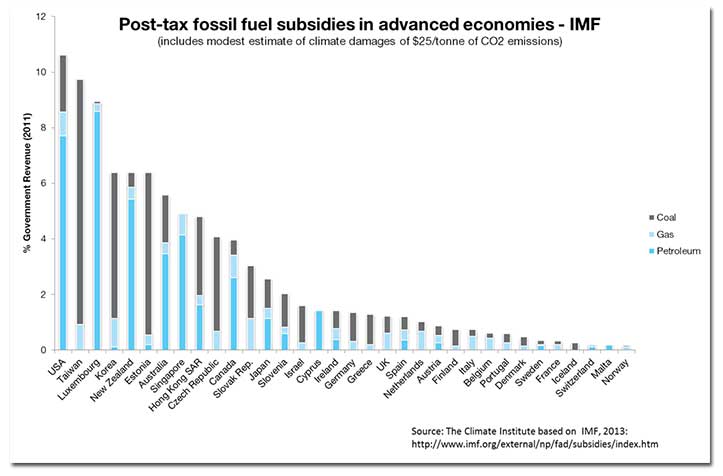 How can anyone talk about cutting emissions at the same time as they're subsidizing the technologies that are the biggest source of emissions?

Of course, you need to replace fossil fuels with something else.

Even as Harper proclaimed technology as the silver bullet solution to climate change, Canada saw its share in the global renewable energy market fall 41%: 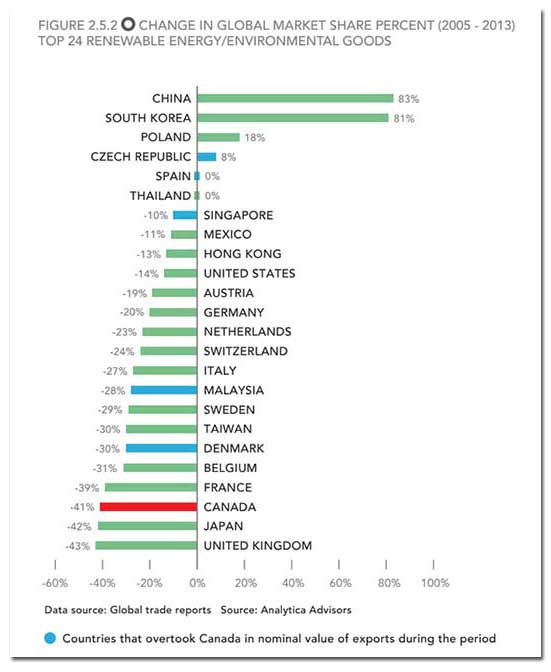 Trudeau recently pledged $100 million for research and development over four years to "help the production of green technologies," although R&D might not be the most pressing challenge facing this emerging industry.

According to Clean Energy Canada, the biggest challenges for this emerging industry include finding better ways to finance getting ideas off the drawing board, as well as government policies to incentivize shifting to these new technologies.

The Liberal platform promised the creation of 'green bonds', though details on the size and scope of these bonds remain vague.

Seventy Canadian scientists, engineers and academics (the sort of people Harper used to ignore) published a report earlier this year showing it's possible to shift to 100% renewable electricity in only 20 years. 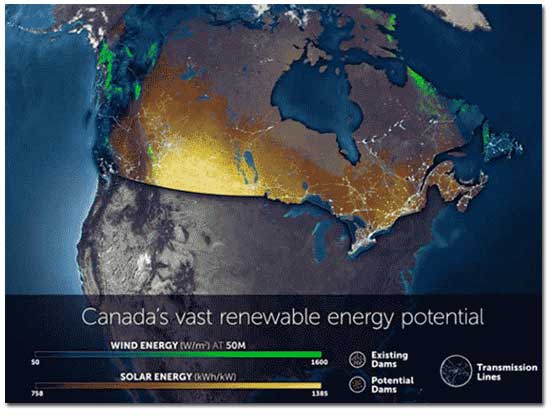 The researchers argue that with political willpower, strong investment and intergovernmental cooperation, Canada could reduce its greenhouse gas emissions by a staggering 80% by the middle of the 21st century.

Support countries most at risk by climate change

"Climate change does not affect us equally," Ethiopian Environment Minister Kare Chawicha said this week. "Those countries which have contributed least to the problem are often affected the most."

A group of countries called the Climate Vulnerability Forum – representing smaller countries, including those in the Pacific islands that are most at risk of rising temperatures – is pushing the global community to adopt a new global warming target of 1.5 degrees above pre-industrial temperatures.

Last week, Trudeau pledged $2.65 billion over five years for a $100 billion international fund to help "the poorest and most vulnerable countries in the world adapt."

Environmental Defence's Dale Marshall says this is a "welcome first step," but more needs to be done. He points out Canada is actually under-spending on this fund by $1.35 billion (Canada's fair share works out to $4 billion).

Be a role model

Should Canada's taking responsibility be contingent what everybody else is doing, or should Canada be the one raising the bar?