Is this what equality is supposed to look like in the 21st century?

Working women earned half a million dollars less than men over the last two decades, according to new study from Statistics Canada.

Statistics Canada also broke down the data by field of postsecondary study, and found the gap is widest among men and women who hold a bachelor degree in engineering.

The gap is the smallest among men and women with a bachelor degree in education.

In education, men earned close to $1.3 million over two decades while women earned just a little over one million dollars. This works out to a gap of $245,800 -- or 19% less than their male colleagues.

Looking at the change in earnings over time also gives us an idea of how much people's wages increase over the course of their careers.

In the case of education, women's median annual salary increased by more $30,400 over the two decades (in 2010 constant dollars) compared to an increase of $27,000 for men. This is the only field in which women saw greater gains than men. 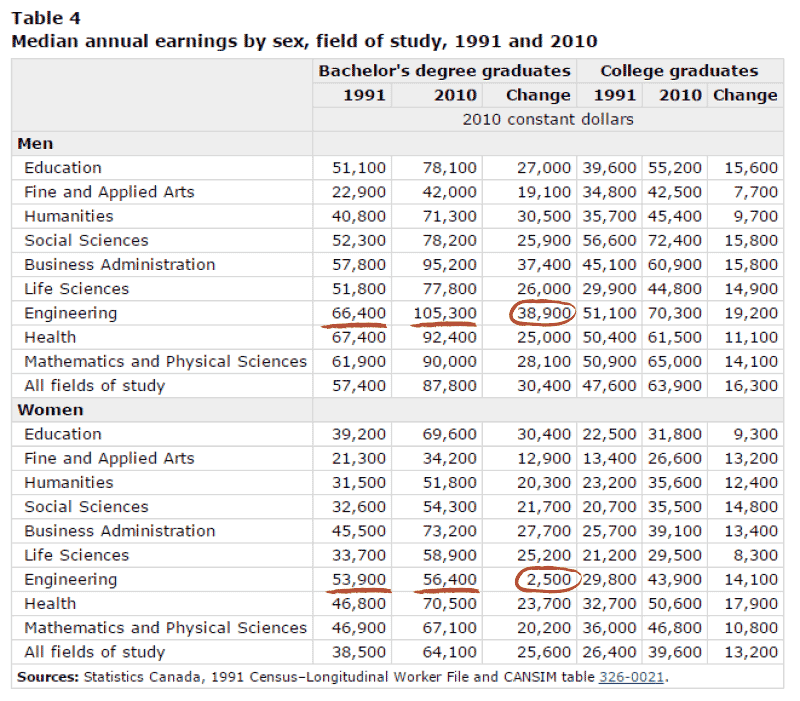 Photo: Wackystuff. Used under a Creative Commons BY-2.0 licence.

Kevin O'Leary's little secret: I never wear pants on TV because the CBC is 'run by women'

Conservative MP: Donald Trump does not have an 'anti-woman thing'