Need more proof BC Liberals are right-wing Conservatives in disguise?

If it wasn't already obvious given the many dozens of connections between Christy Clark's BC Liberals and Stephen Harper's Conservatives, here's one more clarification for you.

During a panel on Power and Politics this week, CBC News host Rosemary Barton was forced to stop and explain to confused viewers why Rachel Curran, Stephen Harper's former Director of Policy, was appearing on their TV screens defending Christy Clark:

"Probably worth reminding people here that Christy Clark is a Liberal in BC but she's actually sort of a Conservative, so that's why Rachel is on her side."

The former senior Harper adviser wouldn't deny it either, but she did try pass off the BC Liberals as a "coalition" of federal Conservatives and Liberals:

"Yeah, the BC Liberal party is a coalition of federal Liberals and federal Conservatives and I support them, I supported them for a long time openly."

If that's true, an Insights West poll released this week suggests it may be quite the lopsided coalition.

Nearly three-quarters of Harper's Conservative supporters identified themselves as supporters of Clark, making right-wing Conservatives the dominant faction in the BC Liberal "coalition." 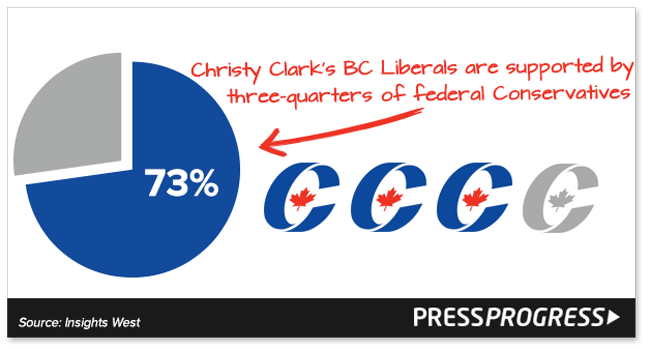 And guess what happens when you ask Clark's Conservative supporters how they self-describe the "ideology" of the BC Liberal party?

Only 8% describe their own party as left-of-centre while the overwhelming majority (55%) say the BC Liberals are a right-wing conservative party. 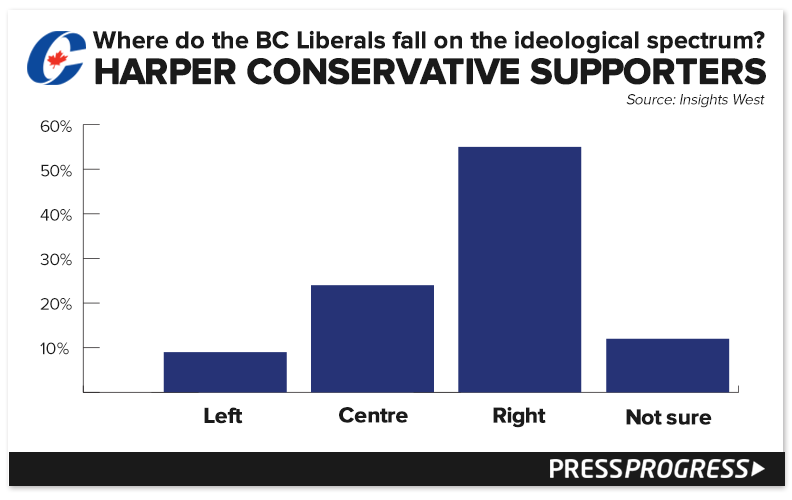 Then again, this should be obvious:

• According to Clark herself, a handful of Harper's old cabinet ministers have been "very actively helping" the BC Liberals.

• The BC Liberals hired an army of staffers and political operatives who used to work under Harper in Ottawa.

• Clark also hired one of Harper's top advisers to run the Premier's Office as her Chief of Staff.

Besides, you've got to ask yourself – what kind of party puts Stockwell Day in their half-hour infomercial? 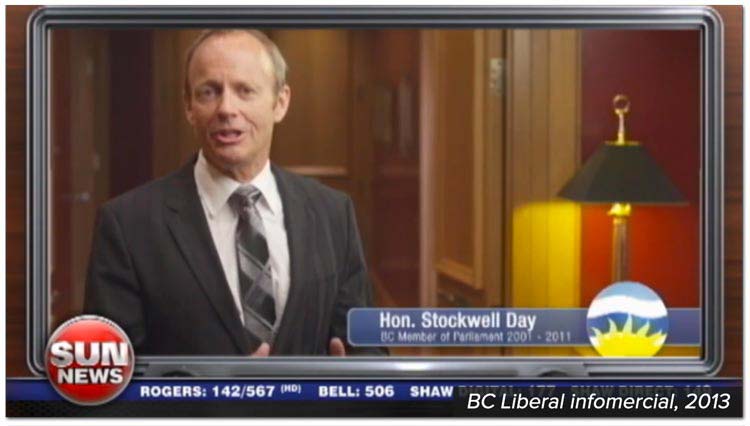