Did BC Premier Christy Clark try to take credit for something she didn't actually do?

On Monday, Clark bailed on voting for an important bill recognizing "gender identity or expression" in the province's Human Rights Code.

Where did she go? According to the premier's office, Clark missed the vote because she had to go to Vancouver for a secret BC Liberal fundraiser.

But if you want more details, you're out of luck – the BC Liberals won't say where the fundraiser took place or who Clark was hitting up for money, telling reporters they'll need to wait until next year to find out:

But if the premier was too busy raising money for the BC Liberals to actually show up and vote on a matter of human rights, she didn't seem to mind participating in the photo op.

Although she was nowhere to be found when votes were cast Monday evening at the BC Legislature, Clark was all smiles for cameras on the front steps of the Legislature Monday morning alongside "human rights advocates and community members." 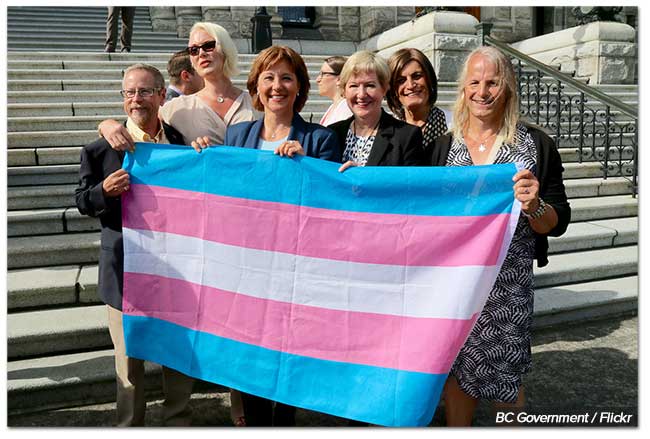 The news release did not specify why Clark's government blocked similar legislation protecting transgender rights on several occasions since 2011, however.

According to the Vancouver Sun, Clark's staff confessed they erred in scheduling the premier for a BC Liberal fundraiser – all details of which they still refuse to share – on the same night as Clark should have been in the Legislature voting on a matter of human rights.

"Premier Clark has made it clear that we need to do better," they said.