What country do Canadians live in then?

At Sunday's Calgary-Signal Hill all-candidates debate, Conservative candidate Ron Liepert responded to criticisms of the Conservatives' controversial Bill C-51 by suggesting "civil liberties" and "freedom" are not the most pressing issues facing the country in light of "criminal activities."

"I know there's a whole group of people including a couple of the speakers here tonight who talk about civil liberties and about the freedom of having the right to pretty much choose to do what you like," Liepert told voters.

"Folks, that's not the country we live in."

Liepert, a former Progressive Conservative Finance Minister in Alberta, added that C-51 is needed because criminals "had too damn many rights":

"We live in a country where for too long those who were involved in criminal activities had too damn many rights and so what we've done with this particular bill is ensure that the police and authorities have the ability to pursue and prosecute where necessary and I'm fully in favour of Bill C-51."

C-51 has previously been pitched as an anti-terrorist measure, not a measure to deal with "criminal activities" in general.

Statistics Canada's latest data shows crime in Canada has been dropping for 20 years – so it's not entirely clear what utility curbing civil liberties would serve given law and order appears to be improving even without draconian measures: 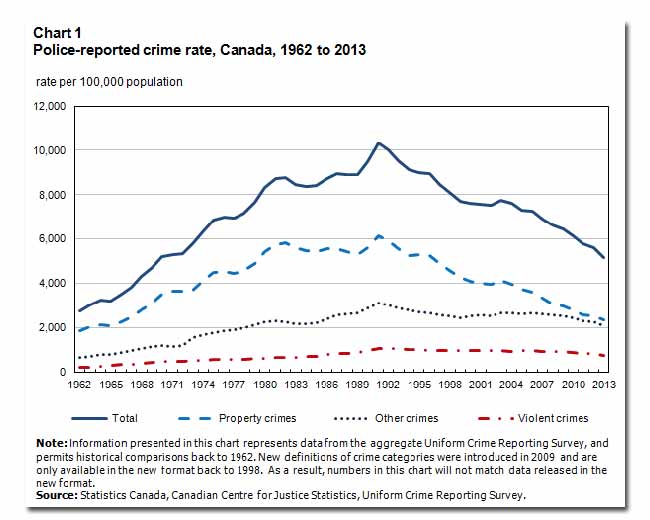 Last year, Liepert told CBC Radio that supporters of solar and wind energy are "extremists" who live in a "dream world."