Editor's note: A few hours after PressProgress published this story Wednesday evening, two previously dead links on the Conservative Party's website cited by this story were reactivated and now point to content different from what originally appeared at those URLs. This post has been edited to reflect new developments in this story.

Where did the Conservative Party of Canada's webpage celebrating "a balanced budget in 2015" go?

On Wednesday, the Parliamentary Budget Officer released new projections showing Canada will not meet the Conservative government's goal of balancing the budget in 2015. Instead, the government is projected to run a $1 billion deficit.

The PBO now says Canada will not balance the budget until 2017, devastating news for Harper, who often portrays himself as a strident deficit hawk -- if re-elected, that would work out to nine consecutive deficits under Harper.

However, it's not entirely clear Harper has let these new developments sink in. "We remain on track to balance the budget in 2015," Harper's spokesman Rob Nicol said in response to the PBO's report.

In the meantime, a few pages on the Conservative Party website seem to have disappeared.

On January 9 of this year, the Conservatives posted a graphic boasting "2015 the year we balance the budget": 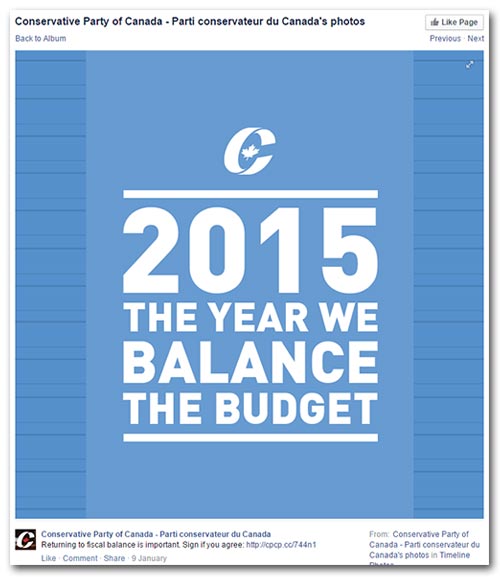 UPDATE: A few hours after PressProgress published this story, the previously dead URL "http://www.conservative.ca/cpc/a-balanced-budget-in-2015/" was reactivated and began pointing at content different from what was originally there. The original (see above) features an image of Prime Minister Harper and the header "a balanced budget in 2015." The new version (see below) features the header "a strong, Conservative, balanced budget" and features no image of Harper.

The blue squared graphic, although visually similar to the one included embedded in this story, reads "the budget is balanced." The image that appears on the Conservative Facebook page reads "2015 the year we balanced the budget." 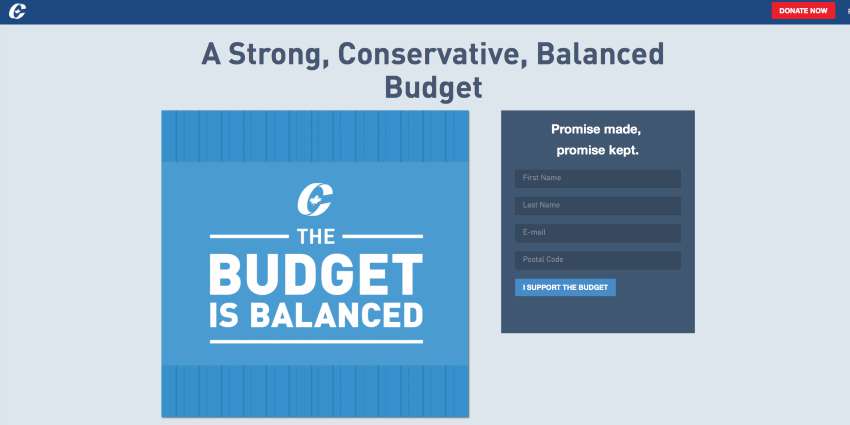 But that's not the only page that's gone missing. Here's what "http://www.conservative.ca/cpc/why-the-budget-matters-to-you/" looked like as recently as June 29, 2015: 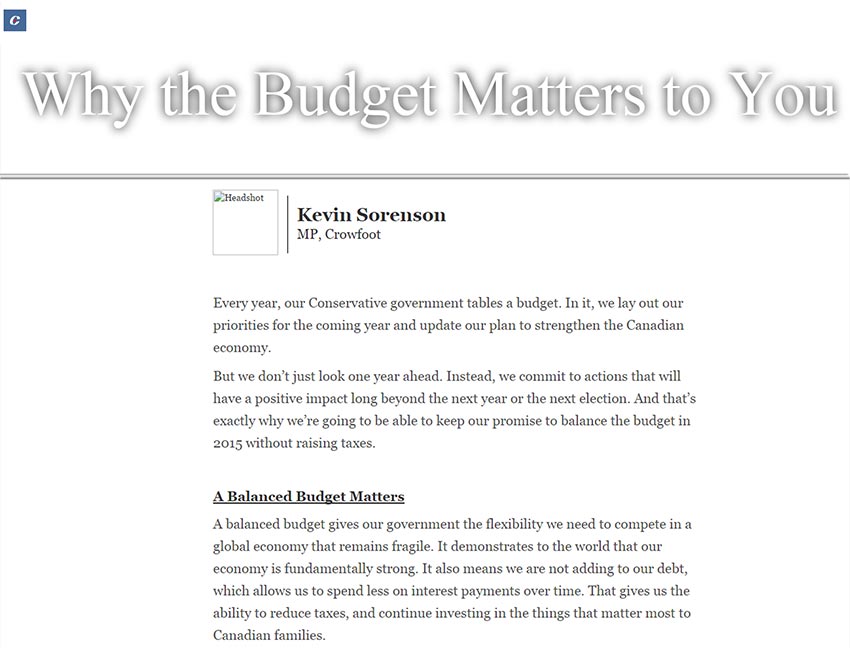 Written by Minister of State for Finance Kevin Sorenson, the letter congratulates his own party for being "able to keep our promise to balance the budget in 2015," adding that it "demonstrates to the world that our economy is fundamentally strong."

UPDATE: A few hours after PressProgress published this story, the previously dead URL "http://www.conservative.ca/cpc/why-the-budget-matters-to-you/" was reactivated and began pointing at content different from what was originally there. The original version (see above) begins "every year, our Conservative government tables a budget." The new version (see below) begins "in 2009, Canada -- like most of the world -- found itself in the depths of the global recession." 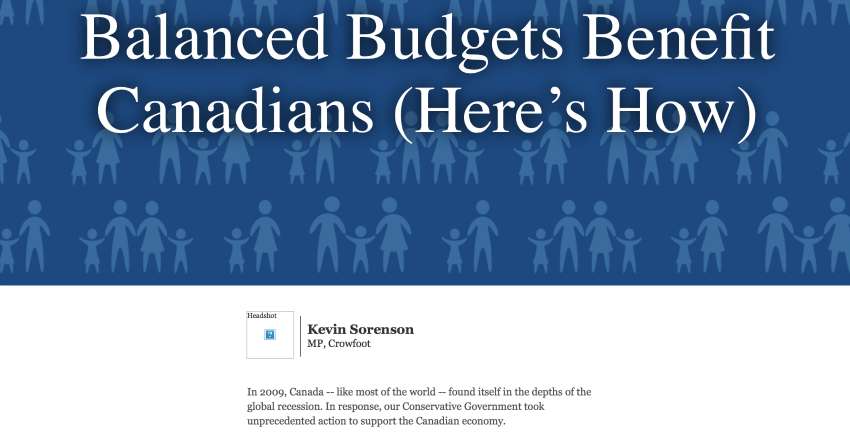 Are Conservatives trying to refresh their web history? Or did the Conservatives' geek squad accidentally delete half their website? What is going on?