On Sunday, Stephen Harper explained that the reason he was calling the longest election in Canadian history since 1872 was that he feels the money for this election should "come from the parties themselves, not from the government resources, parliamentary resources or taxpayers' resources."

Not even a week later, the Conservative Party of Canada is actually promoting Harper using his 24/Seven vanity videos – which are taxpayer-funded and produced out of the Privy Council Office – on their own official website. Check it out: 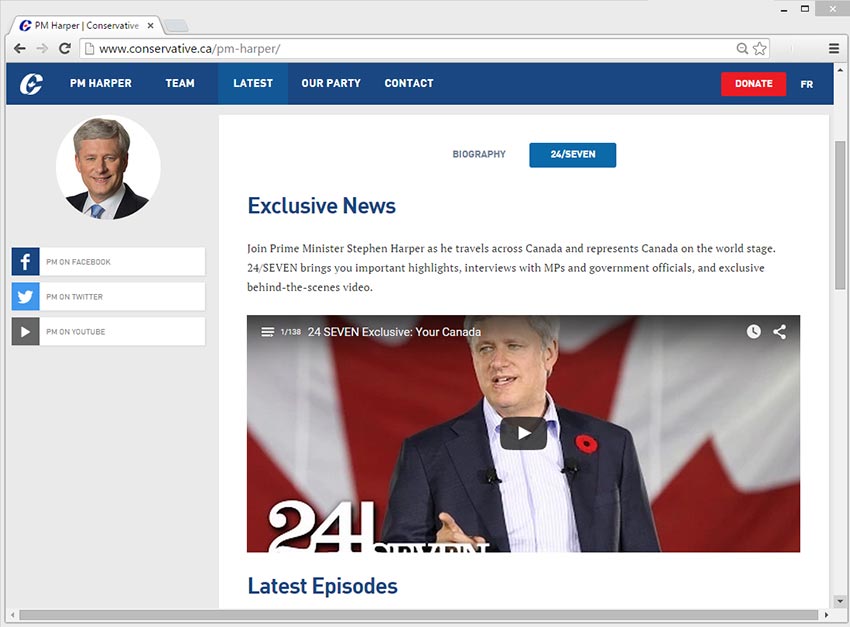 Embedded on the personal page of "PM Harper," the taxpayer-funded vanity videos are located under a button that explicitly states "24/Seven."

Even before the election was called, the Conservative Party's use of taxpayer-funded resources for partisan purposes was a hard sell. Now it's twice as hard.

Harper's 24/Seven video series was originally introduced as a "weekly video magazine" summarizing the activities of the federal government when it was launched in 2014, although its videos mainly serve the purpose of self-promoting Harper:

Introducing 24 Seven, a weekly video magazine that summarizes what our Government has been up to: http://t.co/Hv2xoxNhVl #cdnpoli

Although the Conservatives have never disclosed how much their 24/Seven project costs to produce, the Prime Minister's Office has said that between three and four staff members from the Privy Council Office are assigned to the project, meaning their salaries are paid for in full by the Canadian taxpayer.

A little further down the webpage, just below a video featuring Harper holding a photo op with fire fighters, the Conservatives ask website visitors to "show your support for Prime Minister's proven leadership," pointing to links and forms asking for contact information that will later be used by the Conservative fundraising department to fuel Harper's election machine. 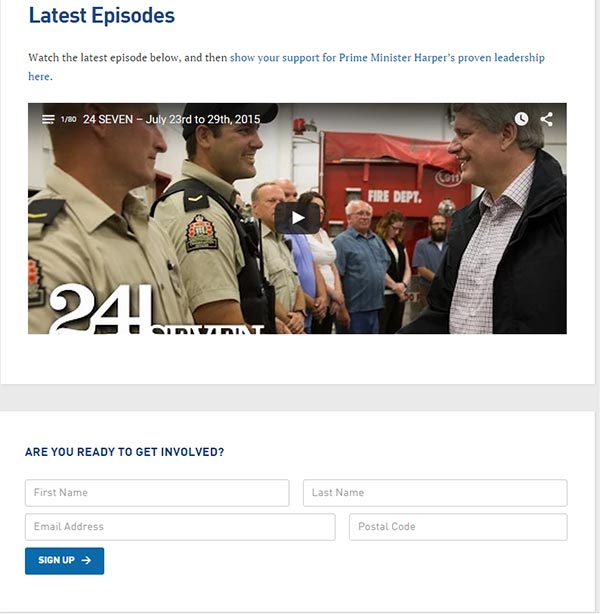 In May, a 24/Seven video promoting an overseas tour by Harper and Defence Minister Jason Kenney came under fire after revealing the faces of Canadian special forces serving in Kuwait.

UPDATE: A few hours after PressProgress published this story, Stephen Harper's page on the Conservative Party of Canada website was edited and the 24/Seven videos and button were removed. 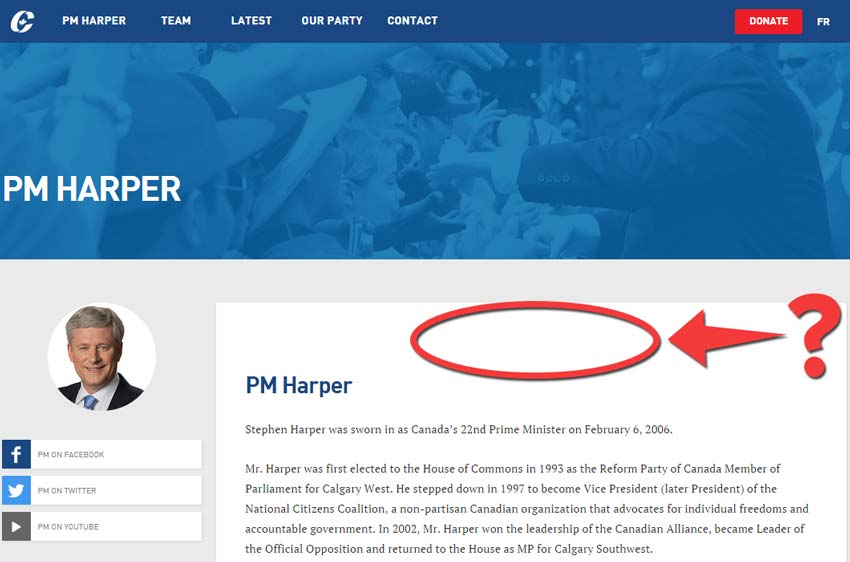