The Conservative Party of Canada now claims they're champions of public sector workers?

Believe it or not, but the Conservatives are now attacking the Trudeau government for "14 months of Liberal ineptitude" handling the "catastrophic failure" of the federal government's broken Phoenix pay system – something they actually created.

The Phoenix pay system was dreamed up by Stephen Harper's Conservatives, an automated system for paying federal public servants, though the Public Service Alliance of Canada points out it was really "an opportunity to cut jobs." The system has been plagued by glitches effecting over 80,000 public servants – one-quarter of the federal workforce – with tens of thousands left unpaid or underpaid.

While public sector unions have blasted Trudeau's Liberals for ignoring their warnings about the pay system and fumbling on the issue for over a year, they also blame the Conservatives for laying off 2,700 pay advisers before Phoenix went live – even IBM (originally contracted to build the computerized pay system) says the Conservatives cut corners on training, one of the main causes of the "fiasco" in the first place.

Those are a few of the details the Conservatives forgot to mention in their new online petition apparently targeting Facebook users in the National Capital Region.

The petition blames "the catastrophic failure known as the Phoenix fiasco" on Trudeau's Liberals for ignoring "warning signs the new Phoenix payroll system wasn't ready" – true, but the Conservatives don't mention they also repeatedly ignored warnings going back as far as 2011 and expected 550 overworked and undertrained workers to do a job designed for several thousand.

"Public servants work hard," reads the Conservative petition, without a hint of irony. "Canadian workers deserve to be paid what they are owed and on time." 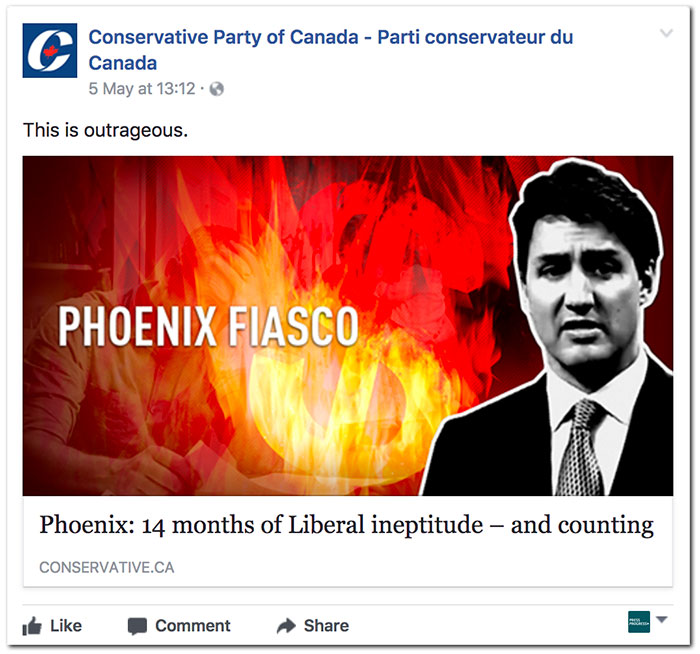 Let's remember a few ways the Conservatives showed their appreciation for hardworking public servants while they were in power:

• Eliminating 37,000 public service jobs, while causing undue stress and anxiety for those who remained;

• Stripping some public servant of their collective bargaining rights;

• Losing close to a billion dollars in sick leave and disability benefits;

• Told repeatedly they're not even allowed to criticize Harper;

• And picking fights with public sector unions all along the way.

In 2014, former Prime Minister Stephen Harper awarded an "outstanding achievement award" – "considered the highest expression of recognition for senior public servants in the Public Service of Canada" – to the senior bureaucrat who delivered the new pay system "on budget and on time."

At the time, Harper described the new pay system as "cutting-edge" technology that would be "envied around the world." 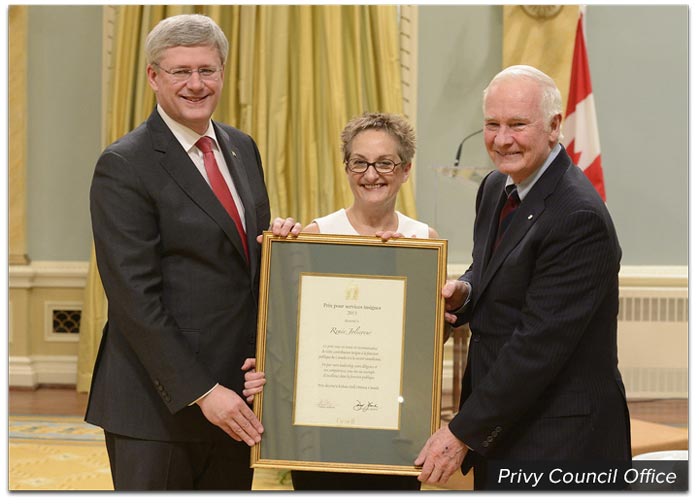