Canada Revenue Agency, we have a problem.

Despite enjoying one of the lowest corporate tax rates in the world, Corporate Canada's stash of offshore cash in the world's top 10 tax havens skyrocketed by $40 billion over the span of one year.

In total, Corporate Canada's cash in those tax haven countries has reached a new all-time high of $270 billion. 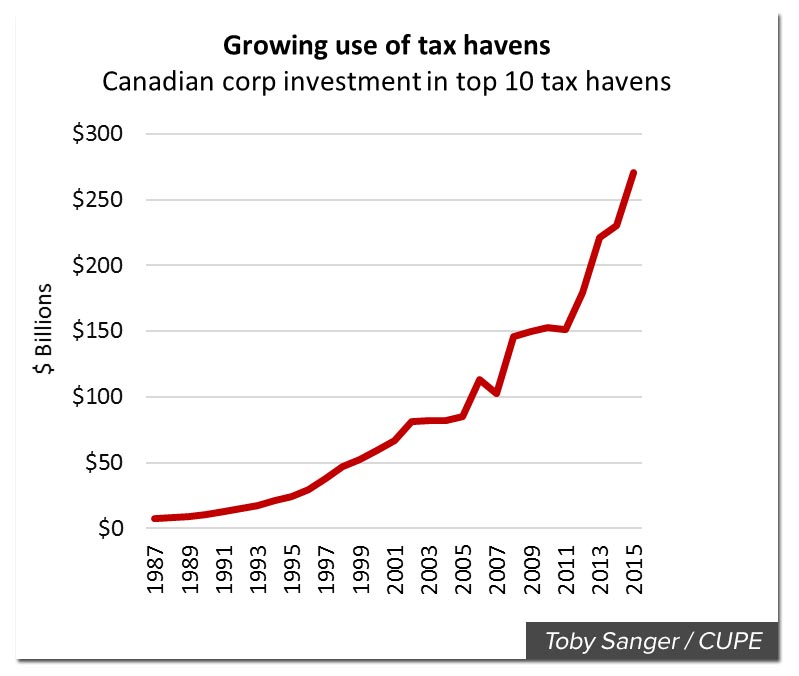 According to 2015 Statistics Canada data compiled by Canadians for Tax Fairness, Barbados is now Canada's third top destination for foreign direct investments after the United States and United Kingdom overall.

Yes, you read that right – the tiny Caribbean island of Barbados. 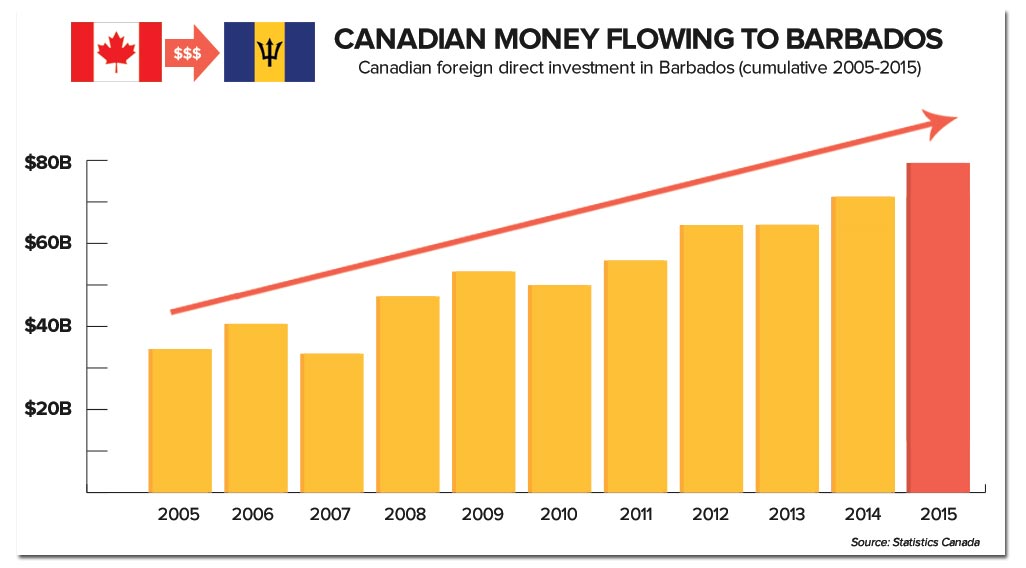 While some of the money captured by the data may include legitimate investments, Canadians for Tax Fairness Executive Director Dennis Howlett explains it's implausible so much money would flow into those countries for reasons aside from tax purposes.

"Most of this money is not entrepreneurs 'investing' in the local economy of an island nation," Howlett says. "It is sent there to lower rich people's tax bills."

Howlett adds that despite recent headlines on tax havens like the recent leak of offshore data in Panama or wealthy clients of KPMG avoiding Canadian taxes through the Isle of Man, those countries don't even rank among the top offshore destinations for Canadian cash.

Some of the top tax haven destinations for Corporate Canada's money include Barbados, Luxembourg, the Cayman Islands, the Bahamas and Bermuda: 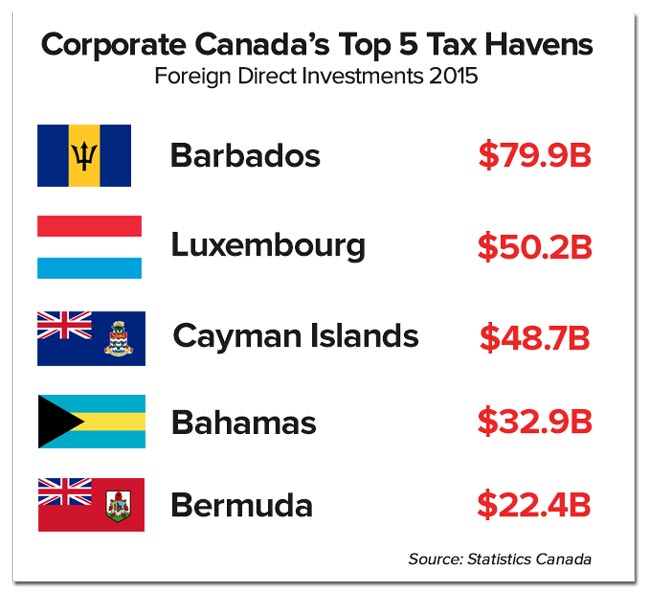 The Liberal government's 2016 budget pledged $88 million per year over five years for CRA to hire "additional auditors and specialists" to help the tax collection agency's "efforts to crack down on tax evasion" and "tax avoidance."

But it's not clear if that investment will actually lead to a net-increase in auditors or if it will simply restore positions already slated for elimination by the former Harper government.

It's not quite clear Liberal Revenue Minister Diane Lebouthillier has a full grasp on this – last month, Lebouthillier denied CRA granted amnesty to wealthy tax dodgers, despite a CBC report that said they did exactly that.

That might be something worth getting a handle on.

Howlett points out "there is a lot of money that could be recovered and invested in Canadian infrastructure, public services and all the jobs and economic growth that real investment would generate."