The National Balance Sheet Accounts, updated every quarter, shows private non-financial corporations increased their cash holdings from nearly $621 billion at the end of 2013 to nearly $630 billion in the first quarter of 2014. Corporate Canada's "cash hoard" remains larger than Canada's national debt, Erin Weir, an economist with the United Steelworkers union, pointed out Thursday.

The new milestone comes two years after Mark Carney, Bank of Canada Governor at the time, scoldedcompanies for sitting on huge piles of "dead money." Carney, now the Governor of the Bank of England, said the idle cash reserves should be invested productively or returned to investors.

Weir offered his own take on Thursday about the growing cash hoard.

"Private non-financial corporations in Canada have added nearly $100 billion of currency and deposits to their stockpile just since the end of 2012. This accumulation of dead money helps explain the lack of business investment despite record corporate profits. It casts serious doubt on the economic and social value of recent corporate tax cuts," he said in a statement. 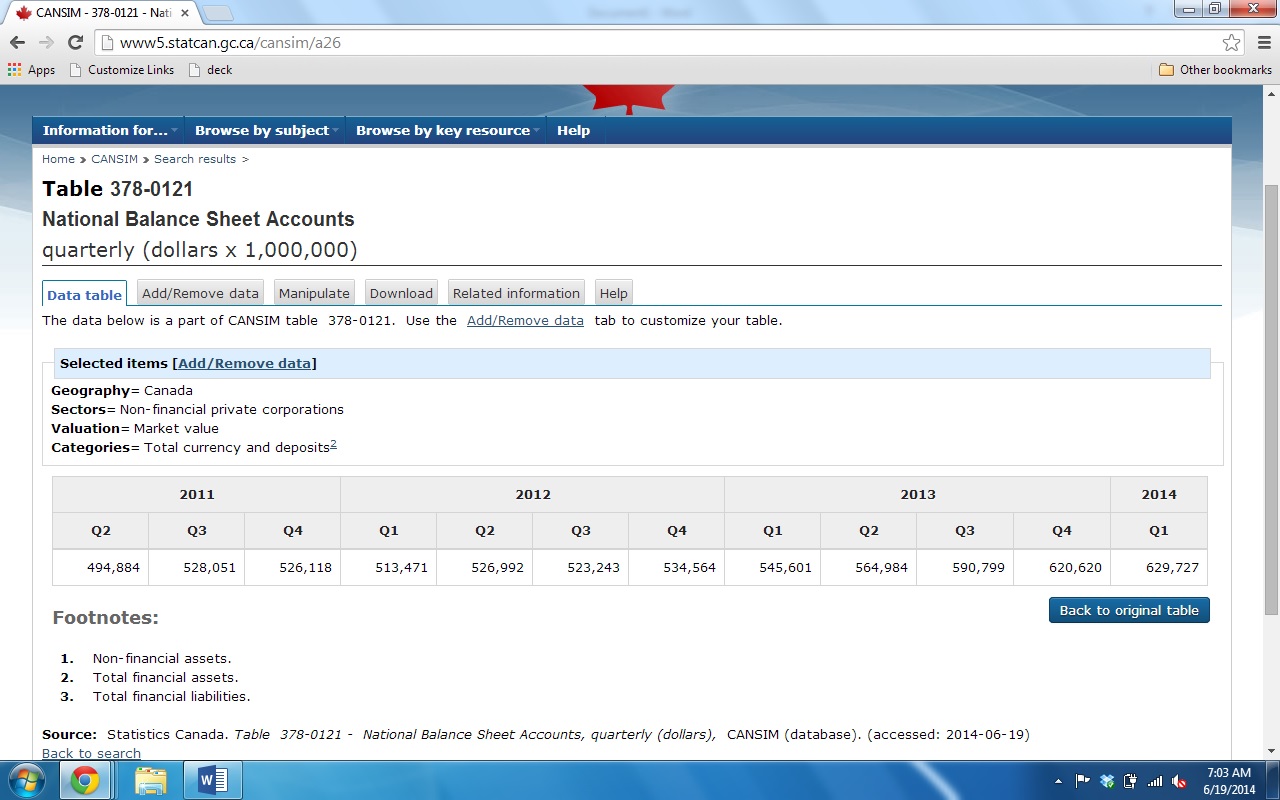 Photo: asburgess. Used under a Creative Commons BY 2.0 licence.