Did this Conservative candidate delete Facebook to hide his tips on the art of love?

It may seem strange, even a bit old fashioned, but Conservative candidate Wiliam Moughrabi looks poised to run a 21st century campaign without any social media presence after abruptly deleting his Facebook account this month.

Strange, too, since the 30-year old candidate has been showcased as an up-and-coming Conservative and has some big name supporters – Defence Minister Jason Kenney was at Moughrabi's campaign launch in Montreal last week, even pledging to financially support the rookie candidate with money from his own riding association in Calgary. 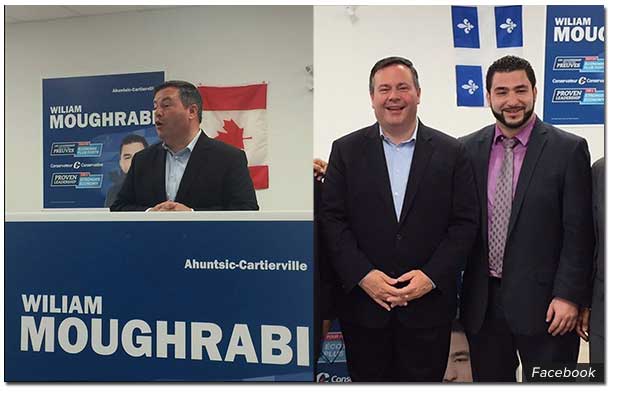 So why did the Conservative candidate for Ahuntsic-Cartierville drop Facebook?

One reason could be his studies in the field of love, including videos advocating a dude's "responsibility" to "date hot bitches": 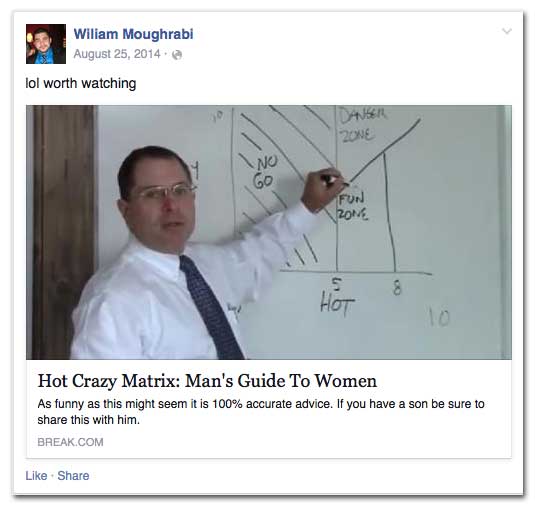 It is unclear how he hoped voters in his riding would react when, only a month and a half before he was formally acclaimed as a Conservative candidate, Moughrabi circulated a video titled "Hot Crazy Matrix: Man's Guide to Women," offering men the following pointers on "how to deal with women":

• "There's no such thing as a woman who's at least a four crazy."
• "We have the danger zone. This is your redheads, your strippers, anyone named Tiffany, hairdressers. This is where your car gets keyed, you get a bunny in the pot, your tires get slashed and you wind up in jail."
• "You’re telling me you met a girl who is above a nine hot and like a two or a three crazy ... You should be careful, that’s a dude. You’re talking to a trans.”

And the aspiring parliamentarian apparently even tried his hand at giving his own dating advice, as well:

On the other hand, it could be a good idea for this Conservative Casanova to keep his views on the intersection of love and gender relations on the down-low – just last week, the Conservatives axed another Quebec candidate for online comments portraying women as inferior to men.

According to the Some Random Political Blog blog (which first unearthed his comments), when these posts were brought to Moughrabi's attention, the blog alleges the Conservative candidate's social media accounts suddenly vanished: 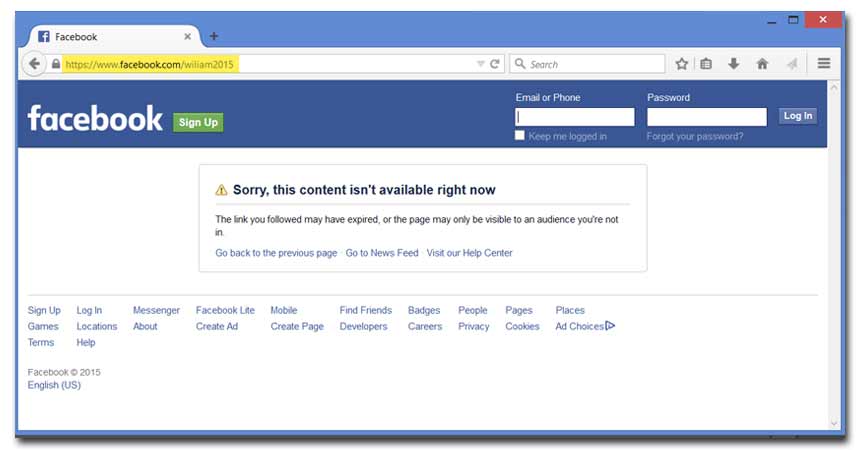 Did he delete Facebook to keep these comments from surfacing in the middle of the campaign?

As of August 24, Moughrabi is still listed as the candidate on the Conservative Party website. However, the Facebook button on his bio page shown below now links to a dead URL displayed above: 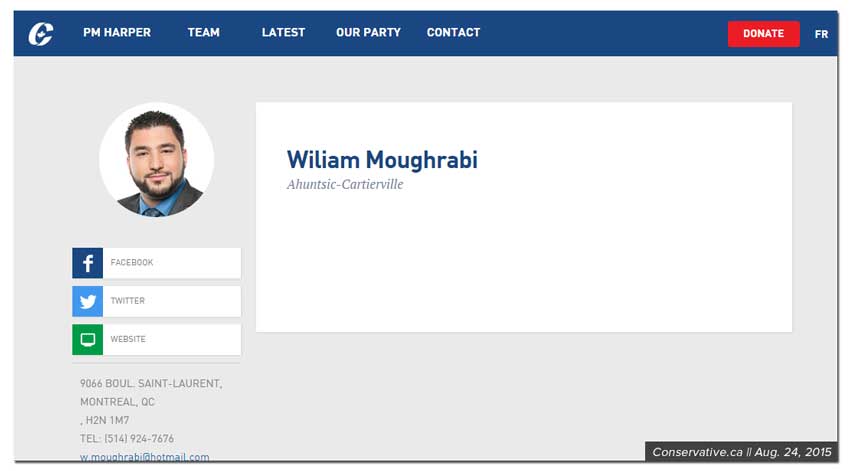 And more importantly: how are voters in Ahuntsic-Cartierville supposed to learn more about their local Conservative candidate?

UPDATE: Following publication of this story, Moughrabi told the Toronto Star he understands "some of these Facebook comments were inappropriate and might have affected or offended certain people," but maintains his "comments were taken out of context."

Moughrabi said "it's an honour to be a Conservative candidate and a responsibility I do not take lightly," and reiterated that when his comments from a month and a half before he was acclaimed came to light, he took "immediate actions by deleting these posts and have since closed my Facebook account."