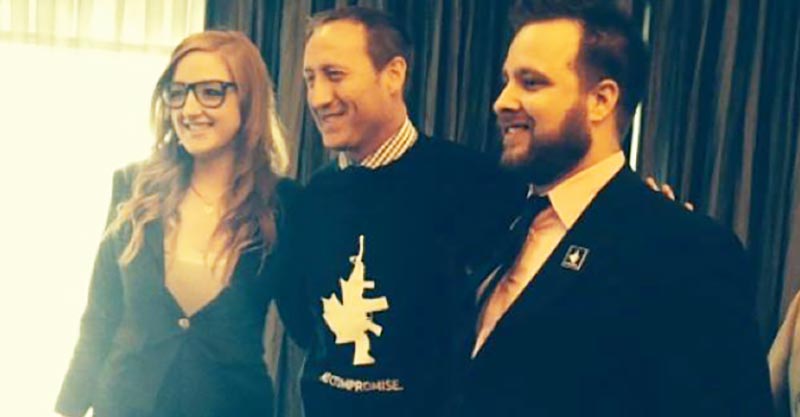 If you've ever woken up in the middle of the night wondering, "has Peter MacKay gone soft on freedom?" Well, we have good news for you!

This news comes to us by way of the National Firearms Association, Canada's version of the National Rifle Association in the United States. The FNA posted an Instagram-filtered snapshot of Canada's Justice Minister to the group's Facebook page last week.

A smiling MacKay is a wearing an NFA T-shirt with the group's logo and slogan: a silhouette of a rifle that appears to have gotten itself lodged into a maple leaf with the slogan "no compromise," echoing the rhetoric of the NRA.

The photo is accompanied by a caption that read: "PETER MCKAY [SIC] BELIEVES IN FREEDOM!"

Is it possible the Justice Minister doesn't know the group wants Canada's Firearms Act and related statutes repealed? It's right there on the group's Facebook page, above the picture of him sporting the "no compromise" T-shirt: 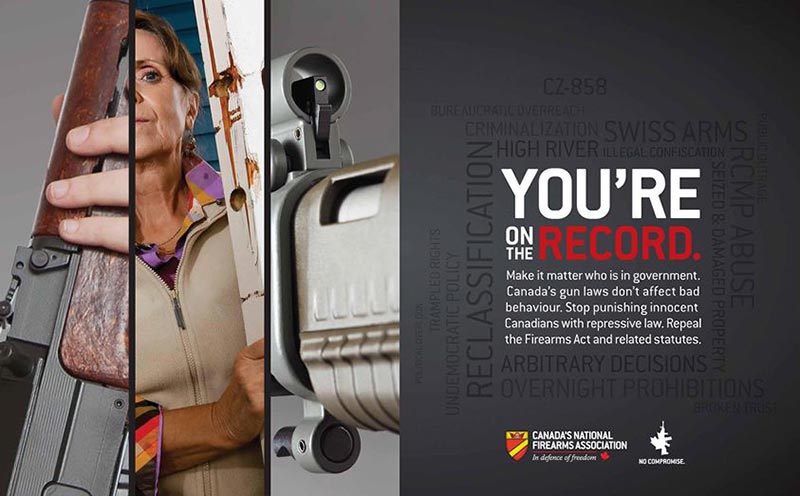 Or maybe MacKay is unaware the group thinks citizens should be able to be armed -- just like the police. The message is right there on the NFA's Facebook page: 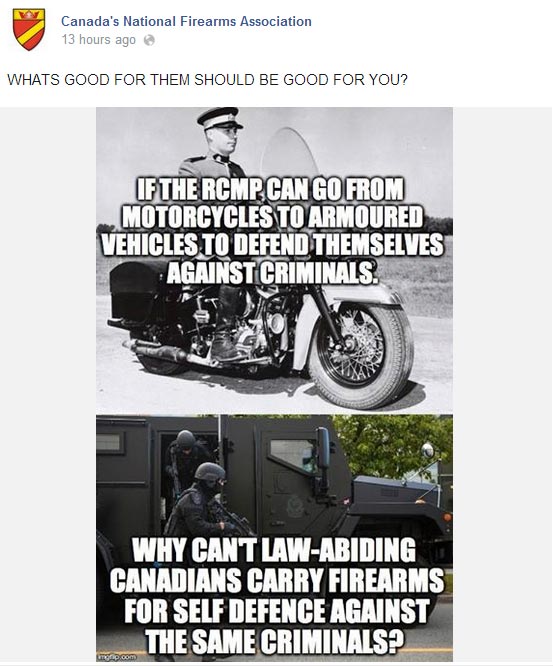 Maybe MacKay missed the national headlines earlier this year following the murder of three Moncton-area RCMP officers by a spree shooter. With the city of Moncton on lock-down and police in the middle of a manhunt for the shooter, the NFA fired off a press release claiming the incident proved "Canada's firearms control efforts over the past 50 years" were a failure.

And despite near universal criticism, the NFA doubled-down, congratulating themselves for "controlling the narrative" and declaring they would not wear "shame in silence."

Speaking of the RCMP, the NFA has been targeting the Mounties and RCMP commissioner Bob Paulson for some time now.

In February, the NFA called for Paulson's resignation after the RCMP reclassified a Swiss Arms rifle as a prohibited firearm. The NFA's press release appears to have been quietly removed from its website, but it still remains on the group's Facebook page:

That's not the only time the NFA singled out "gun grabbing Bob": 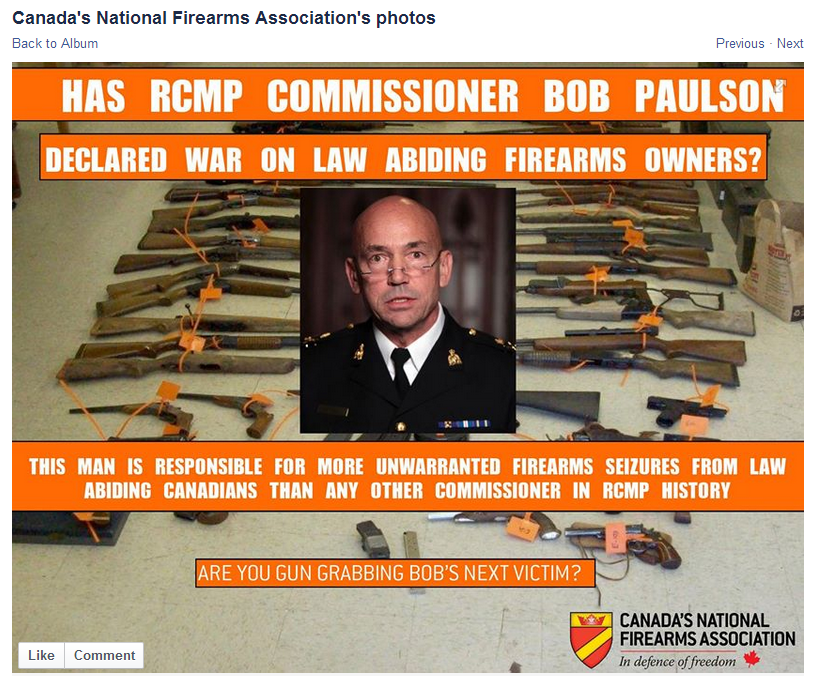 Maybe MacKay isn't aware of Peter MacKay's secret plan to grab everybody's semi-automatic rifles (as suggested by the NFA a few months ago): 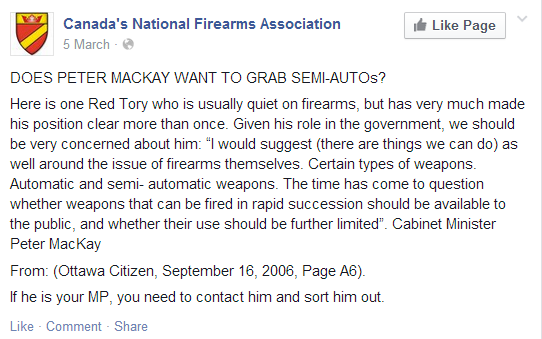 We can all take a deep breath now.

MacKay is, in fact, a friend of freedom and the firearms association's "no compromise" message. At least that's what his T-shirt says.