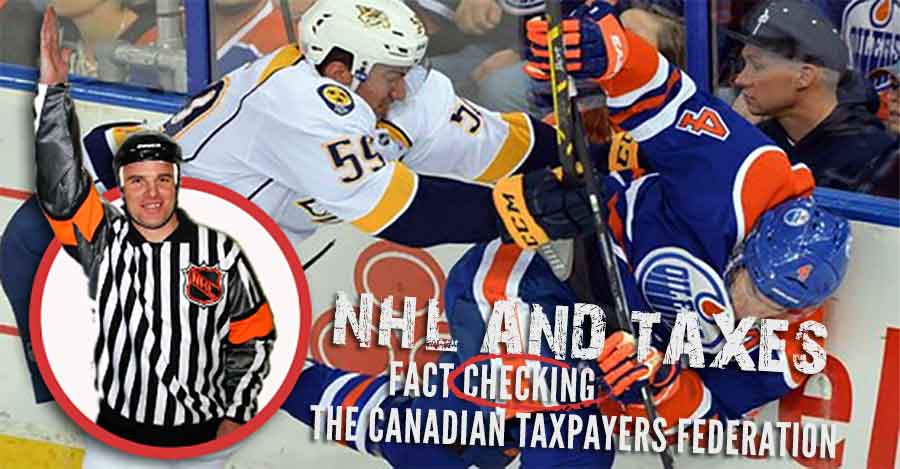 A few months ago, the right-wing, anti-tax group released a report claiming that lowering taxes could help your favourite NHL team attract star players -- and maybe even win the Stanley Cup.

One problem, though: the CTF's own numbers showed the two lowest taxed teams in the NHL (the Calgary Flames and Edmonton Oilers) were among the worst teams last season. And the highest taxed teams? They ended up going the furthest in the playoffs. One high-tax team even managed to win the Stanley Cup!

According to ESPN, Edmonton -- the lowest taxed team in the NHL -- turns out to be the least desirable team to play for in the entire National Hockey League! ESPN lists three main reasons:

"The Oilers have three things working against them: climate, lack of success and being a Canadian team, which is one common characteristic on these lists. Given the choice, agents said, most players don’t necessarily want to play in Canada."

Agents mentioned "winning," "weather," a "vibrant nightlife," a "proud organization," stable "ownership," the ability to "spend" on building a winning team and, in particular, the "media scrutiny" that comes with playing in intense, hockey mad Canadian markets.

Astoundingly, not one agent told ESPN that taxes were a motivating factor in deciding where they want to play!

Not only does this throw a wrench in the CTF's theory about how to build a Stanley Cup winner, but it also throws a wrench in the group's larger theory that people and businesses decide where to move based on tax rate. As they conclude in their report:

"The purpose of the report is to point out that income taxes have a major impact on where highly skilled, highly mobile individuals will reside, using NHL players as the example." 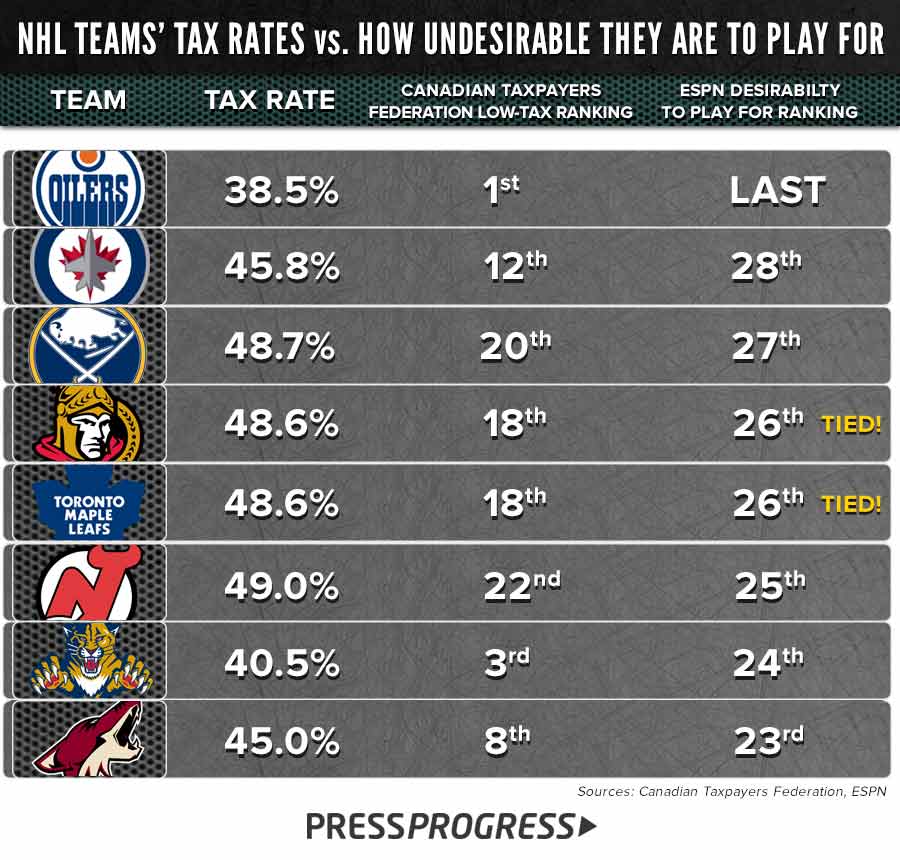 ESPN's findings mirror other surveys and studies into why we choose to live and work where we do.

The Canadian Employee Relocation Council recently found that only one-third of Canadians could be persuaded to move. For those who would, professional advancement, raises and the ability to accomodate spouses' employment were the biggest incentives.

Meanwhile, another survey of America's fastest growing start-ups found that entrepreneurs "rarely cite low tax rates or business-friendly regulations" as motivating factors when deciding where to locate their operations.

A local pool of skilled workers was listed as the single biggest factor behind choosing where to set-up business, and while only 5% of entrepreneurs mentioned taxes, "parks and restaurants were discussed more frequently than terms related to taxes and regulations."

In other words, hockey players, workers and entrepreneurs all generally place living a decent life above scoring a tax break.