Stephen Harper's proposed family income splitting plan isn't even popular with right-wingers, according to a new survey of 5,000 supporters of the Canadian Taxpayers Federation.

The right-wing organization surveyed supporters in the lead-up to the Parliamentary session that kicked this week, and found the majority said paying down debt should be the top priority (52%) compared to reducing taxes (44%).

And when it comes to what kind of tax cuts they want, income splitting is decidedly not a favoured option.

During the 2011 election campaign, Harper promised that once the federal budget was balanced, the Conservatives would bring in income splitting for families with children under 18 (up to $50,000). Harper restated his commitment to reduce taxes during his speech on Monday to mark the beginning of the Parliamentary session.

Think tanks across the ideological spectrum have come out against the income splitting proposal, with research showing 9 out of 10 Canadians would receive no benefit from the $3 billion Mad Men Giveaway.

Meanwhile, the majority of families (54.1%) that are the express target of the Conservative proposal — couples with children under 18 — would see no benefit whatsoever. Under the proposal, dubbed by one group as "inequality by design," the benefits would go disproportionately to Canada's wealthiest families with a top income-earner and a stay-at-home spouse.

This reality seems to have sunk in among CTF supporters.

Which approach do you prefer: across-the-board tax cuts or income splitting? 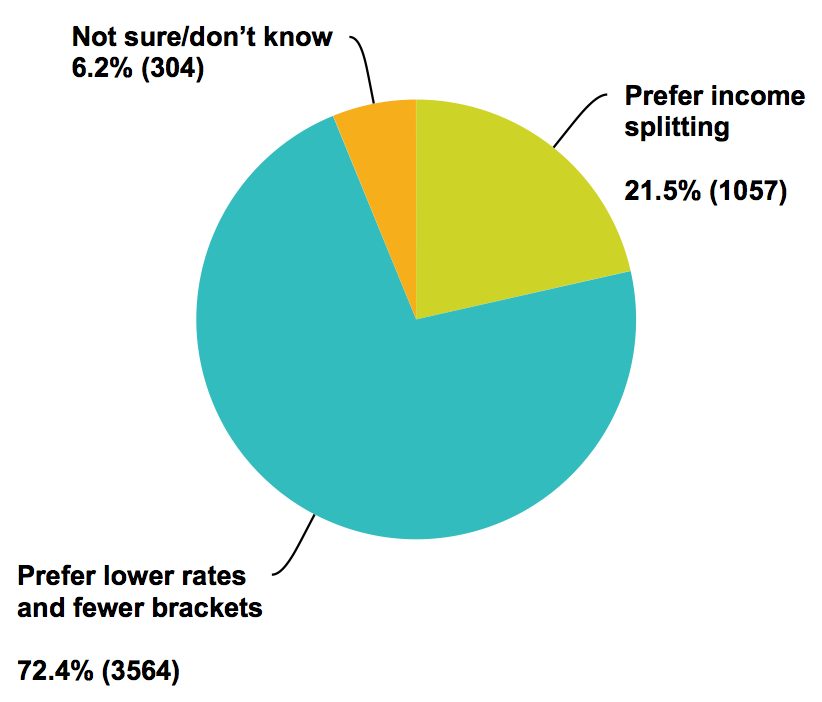 If the Conservatives go ahead with family income splitting, will it be meaningful to you personally? 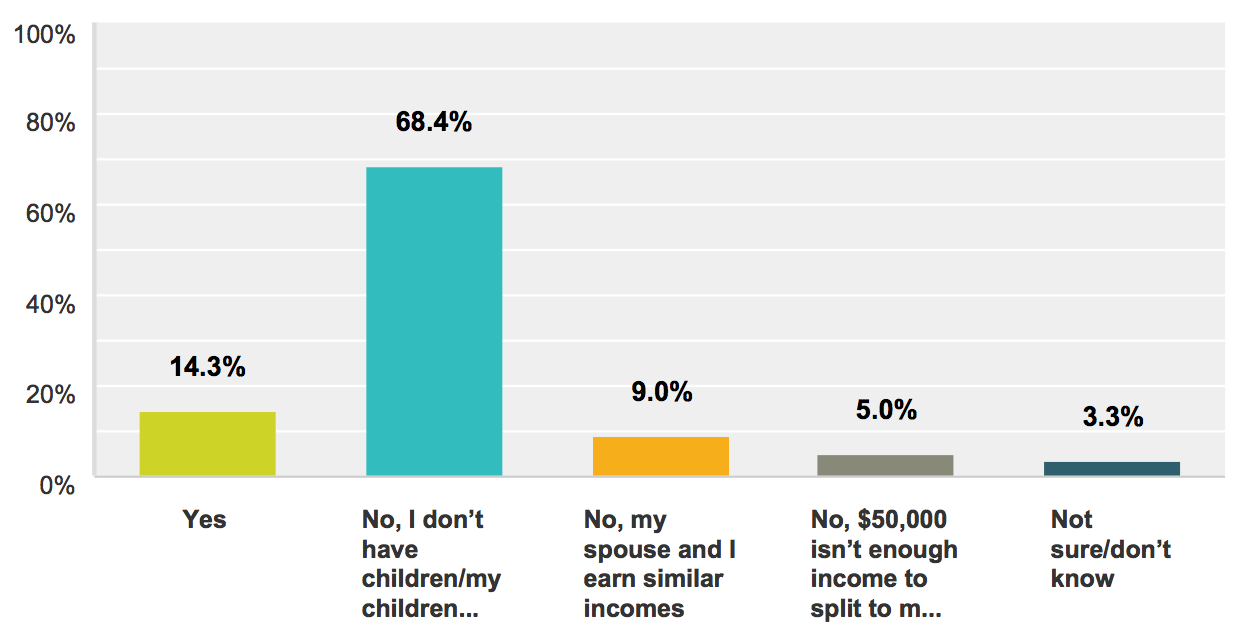 If the federal government opts to cut personal income taxes, what is your preferred option? 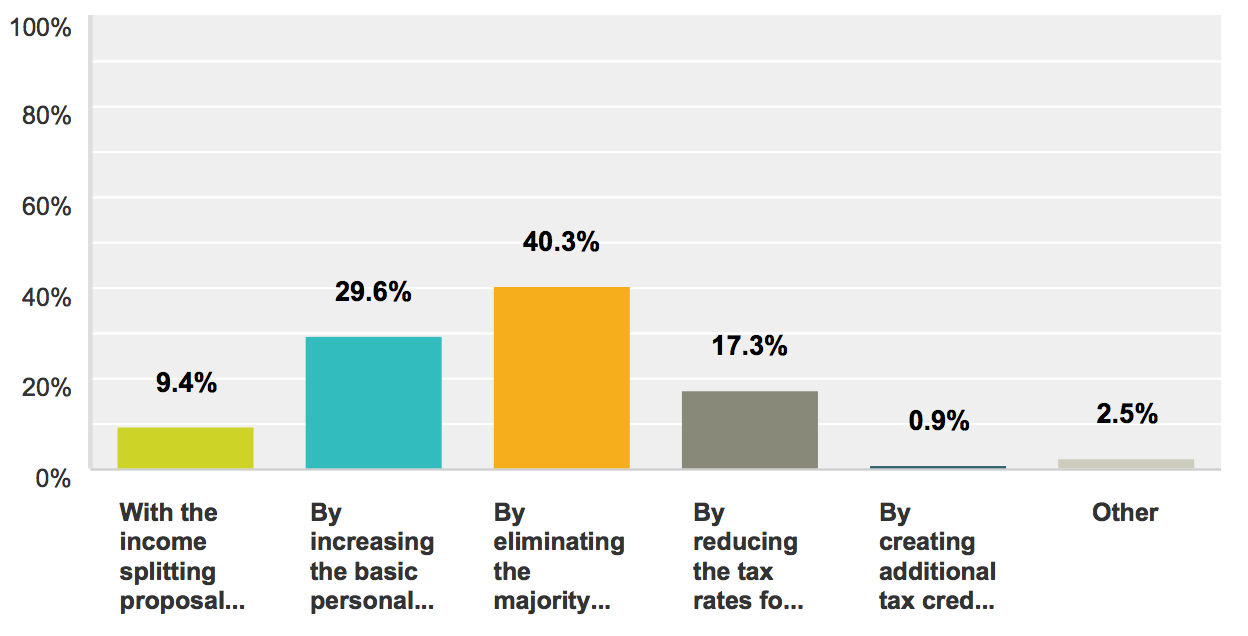 In other words, you know a tax cut is in trouble when...