It's good to put money in the piggy bank for rainy days.

But what if it starts to rain and you can't get your money out?

New data from Statistics Canada shows that the number of unemployed Canadians who are actually receiving Employment Insurance has fallen to below 500,000 people for the first time since July 2008 -- before the recession.

"In other words, the proportion of unemployed Canadians receiving benefits fell from almost half to little more than one-third," explained Erin Weir, an economist with United Steelworkers, in a media note.

This follows news that the Conservative government is bringing in a "Small Business Job Credit," pitched as a way to promote job creation through an EI premium cut. But an independent analysis by economist Mike Moffatt of Western University's Ivey Business School shows the proposed scheme actually gives businesses incentives to fire people.

For Conservatives looking for a silver lining, the percenatge of unemployed workers collecting EI in July 2014 inched up by a few tenths of a percentage to 36.9%, from an all-time low the previous month.

To put things in perspective, 83% of unemployed Canadians received benefits in 1990. That number took a dive to 42% in 1998 after the program was redesigned by the former Liberal government. Further changes by the Harper government in recent years has led led to even more unemployed workers being unable to access EI benefits. 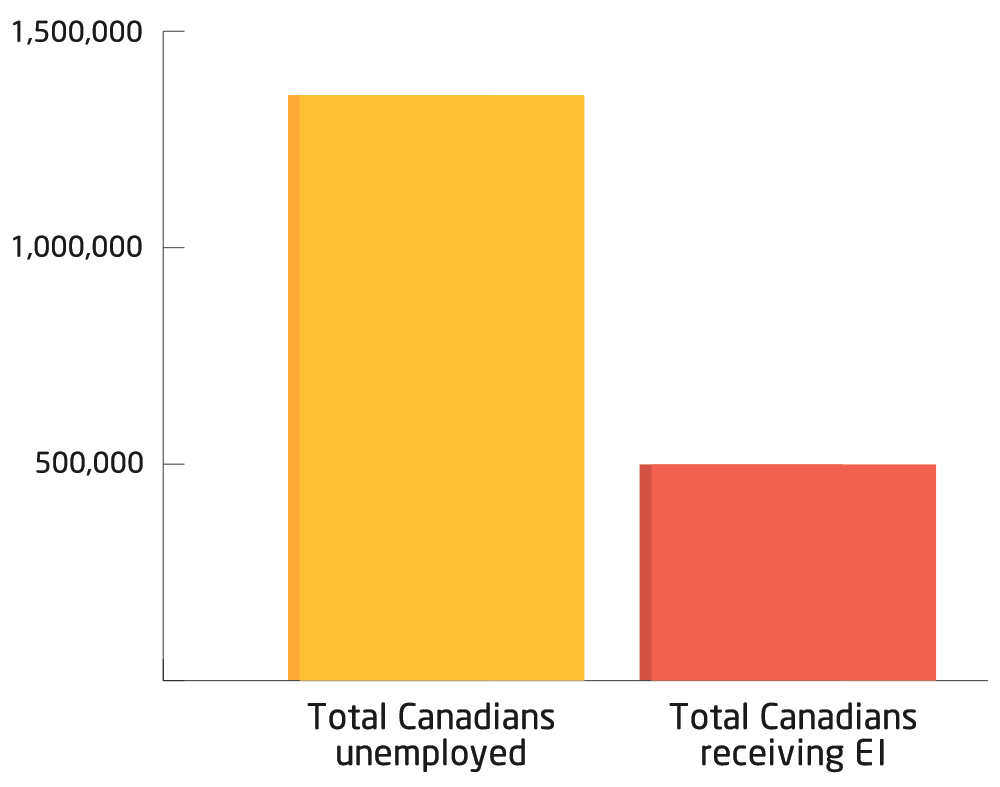