Please pretend inequality does not exist.

That's the advice the Fraser Institute, which is a registered charity, gave Morneau in their latest blog post.

Citing Morneau's experience as Chair of the right-wing C.D. Howe Institute, Ben Eisen and Jason Clemens express "hope" that "the research and ideas Morneau was exposed to during his time in the think tank world will help shape the government's policies" – including what they describe as "hyperbolic claims" about a "perceived inequality crisis":

"Morneau would be well-served by considering recent think tank research. For example, a recent paper shows that hyperbolic claims of rapidly growing income inequality are usually based on overly simplistic analyses that fail to take into account existing redistributive tax and transfer policies ... Morneau should consider this evidence and reject populist policy responses to a perceived 'inequality crisis' such as higher capital gains taxes, corporate income taxes, and personal income taxes that would harm Canada’s economy."

But is Fraser Institute's advice evidence-based?

Here's what University of Ottawa economics professor Miles Corak's took away from that Fraser Institute report:

"The study concludes, in the words of the screaming press release, that there is 'No income inequality crisis in Canada when it’s properly measured.' That is the wrong inference to be making. What the study is missing is a coherent understanding of the link the different measures it so accurately calculates. As a result it misses important policy lessons."

On that note, another recent study by Statistics Canada's Andrew Heisz found the share of market income earned by the top 1% of earners "surged throughout the 1980s and 1990s, and by the 2000s was larger than in any decade since the 1930s." 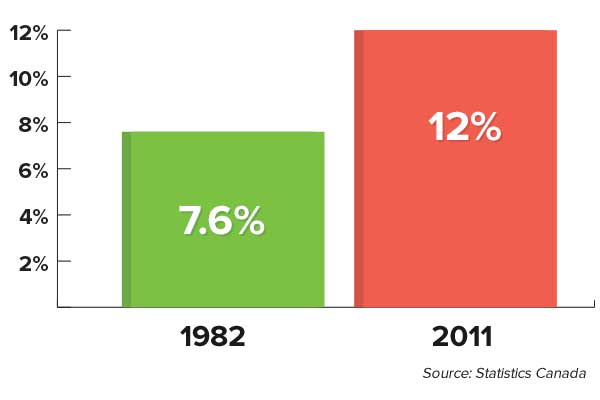 This has contributed to an even bigger concentration of wealth at the top. 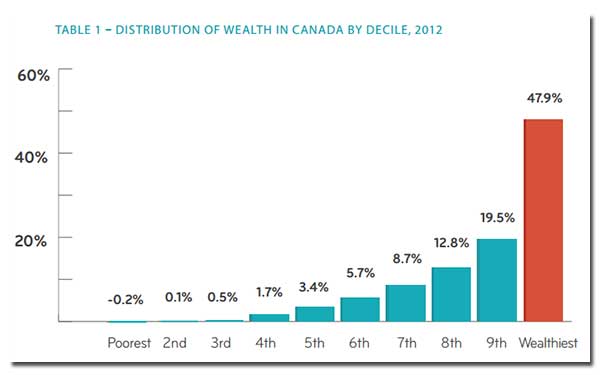 The bottom half of Canadians controlled less than 6% of all wealth in Canada.

Eisen and Clemens also direct Morneau to a 2012 study from the C.D. Howe Institute (his old think tank) that argues raising taxes on the rich leads to "reduced economic growth and weaker-than-expected revenue gains."

Except, according to a recent study by the CCPA's Lars Osberg, Canada could in theory raise taxes on those earning more than $205,000 by as high as an estimated ceiling of 65% before revenues would start to decline – something that could generate between $15.8 to $19.3 billion annually.