Another fire and miss from the Fraser Institute. 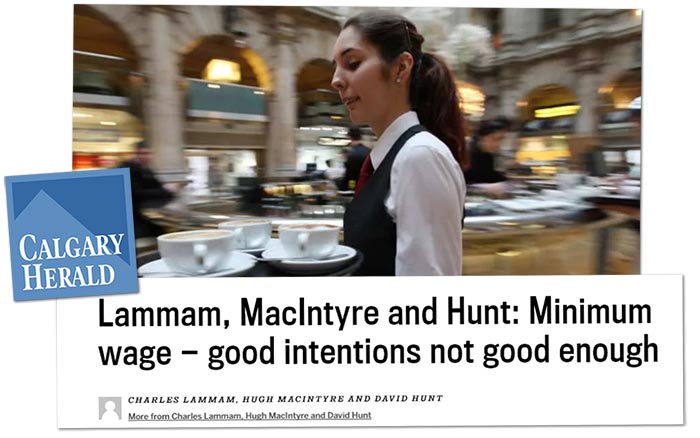 Never mind that millions of working Canadians can't make ends meet or that six-in-ten Canadians earning less than $15 per hour is now over the age of 25 or that nearly half work for large companies – particularly big retail chains.

To make their case why millions of Canadians should continue to struggle, the Fraser Institute implores Canada's "political leaders and labour activists" to please read an important study on the roll out of Seattle's $15 minimum wage released recently by the University of Washington:

"In a nutshell, the study by University of Washington researchers found that Seattle's minimum wage hikes have hurt the city's most vulnerable workers ... One can only hope that political leaders and labour activists in Canada will heed this new evidence – along with the mountain of evidence that already exists – and accept that a dramatically higher minimum wage is the wrong policy to help lesser skilled, low-wage workers."

Sure, why don't we all take a closer look at what others are saying about the "new evidence" the Fraser Institute just discovered? 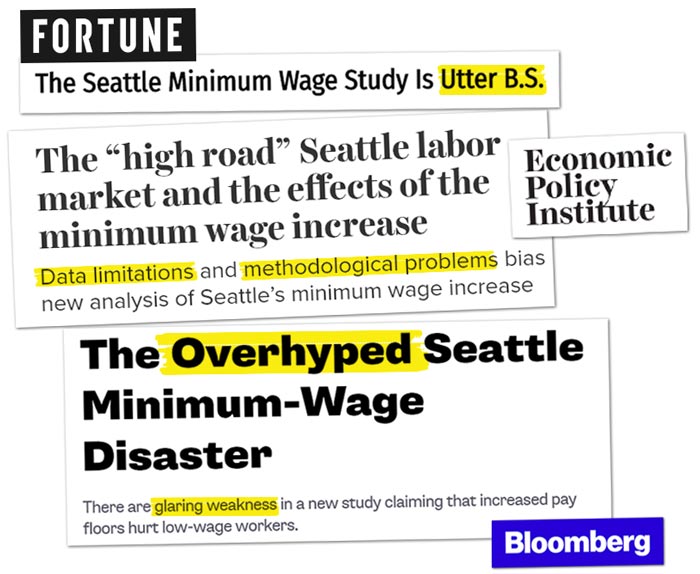 It turns out the study cited by the Fraser Institute – as well as Republican Senator Ted Cruz and far-right media outlets like Breitbart – has generated quite a few headlines noting its "glaring weaknesses" as well as "data limitations and methodological problems," producing results "well outside the bounds of most published research."

What exactly is wrong with the study?

For one thing, the study excludes "roughly 40% of the workforce."

That's because the authors didn't count businesses with multiple locations, meaning anyone earning minimum wage at large chains like McDonalds or Wal-Mart were not included in the analysis – the very same people who benefit most from a higher wage floor.

"By omitting all multi-location businesses, such as chains, in Seattle, the authors bias their results toward showing job loss if there has been a shift in employment from small, single-location establishments toward larger firms with multiple locations."

"These spurious results strongly suggest that the study's methodology fails to account properly for the booming Seattle labor market during the period being studied – a labor market that has been shifting employment from lower-paid to higher-paid jobs."

With momentum towards a $15 an hour minimum wage growing across Canada, it's worth keeping in mind that a mountain of recent studies have actually found the policy doesn't only offer significant benefits for workers and society at large – it benefits businesses too.

"Employers see big benefits, too. Workers stay on the job longer, reducing turnover and training costs. They’re also significantly more productive, according to researchers studying wage increases in the United Kingdom. There are big benefits for broader society as well. Poverty goes down, as does reliance on public assistance programs –one of the few things both Democrats and Republicans can agree is a net positive. Also improved are infant health and adult mental health outcomes, including a significant reduction in depression."

What does the Fraser Institute have against that?