The Fraser Institute announced Tuesday that Hong Kong is the most "economically free" place in the world on the heels of massive pro-democracy protests demanding free elections.

That's the conclusion of the Fraser Institute's ill-timed release of its 2014 Economic Freedom of the World Report, an annual ranking that has come under sustained criticism for methodological flaws.

But after days of bad press, Hong Kong's beleaguered administrators didn't want to talk about any such concerns, issuing a statement welcoming the news.

The right-wing think tank calls its global rankings the "world's premier measurement of economic freedom," using 42 variables in five broad areas to create an index. They include the size of government, legal structure and security of property rights, access to sound money, freedom to trade internationally, and regulation of credit, labour and business.

In other words, the weaker your labour laws and environmental regulations, for example, the better you do.

In its 2014 ranking, the institute doesn't address damning criticism of its Economic Freedom of the World index issued by the United Nations' International Labour Organization. The agency slammed the institute on two separate occasions (see here and here) earlier this year.

In one scathing report published in June, the ILO's Marya Aleksynkska and Sandrine Cazes stated that the Economic Freedom of the World index possessed a "strong conceptual bias" and is "very misleading" in places.

Here are some of the issues flagged by the ILO: 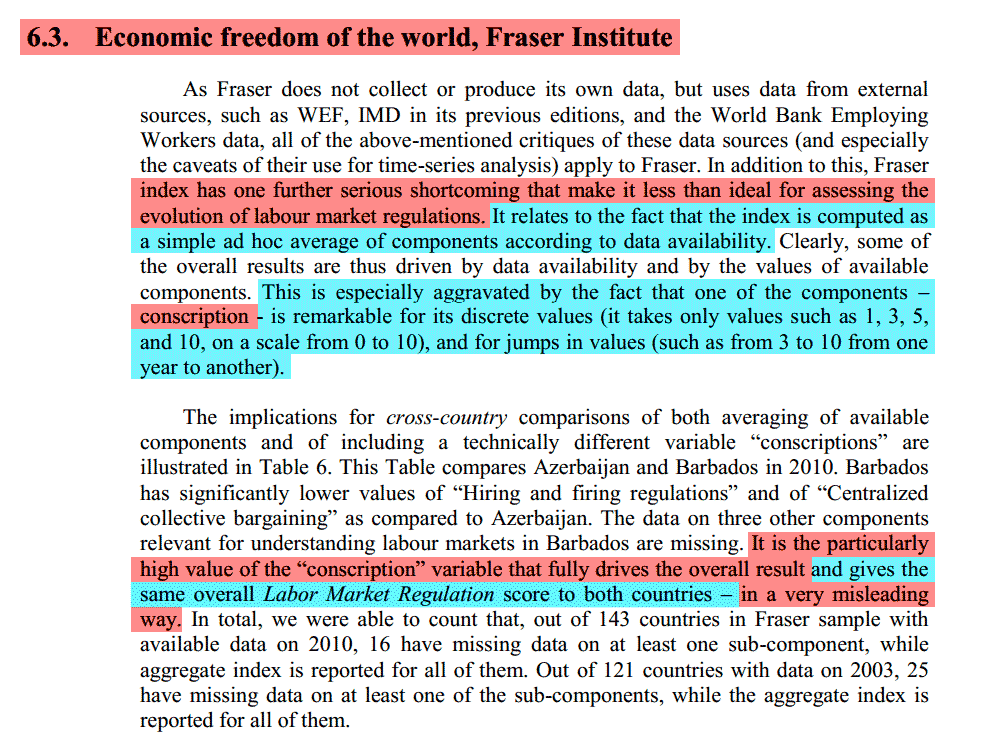