Where is the freest place in the world?

According to this guy from the Fraser Institute: Hong Kong, a place that doesn't allow free elections.

The right-wing Fraser Institute has repeatedly ranked Hong Kong the "most economically free" country in the world – no free elections, but hey: no capital gains tax either!

In the midst of the 2014 pro-democracy "umbrella" protests, Hong Kong's Chinese-backed administration released a statement saying they "welcomed the Fraser Institute again ranking Hong Kong the world's freest economy," and added that the rankings validate "the city's steadfast commitment to free market principles."

"What my Institute, the Fraser Institute – in cooperation with the Cato Institute in the United States and the Friedrich Naumann Foundation for Freedom in Germany – have done is produce the first ever index that measures all dimensions of freedom: economic freedom, civil freedom, freedom of association. And when you put them altogether I’m glad to tell you that Hong Kong is number one in overall freedom too."

This is not the first time McMahon has shared his thoughts about democracy in Hong Kong.

Explaining why Hong Kong sits at the top of the Fraser Institute's 2014 "economic freedom" rankings despite the fact "Hong Kong has never been a deomcracy," McMahon urged readers of the National Post not to equate democracy with freedom:

"Economic freedom, not democracy, has driven Hong Kong’s exceptional growth. It is important to remember that democracy and freedom are not the same thing. Democracy is a power structure; freedom is the ability to do what you want with your life."

In fact, the Fraser Institute, which is a registered charity, has even published research arguing "autocratic regimes" can make you happy – yes, happy!

According to a report published last year, the Fraser Institute claimed people who "feel they are in control of their lives positively correlates with personal life satisfaction."

After comparing democracies against "autocratic regimes," the Fraser Institute concluded "democratic institutions are not relevant for an enhanced feeling of life control" while "the feeling of being in control of one's own life" is "comparatively higher under autocratic regimes." 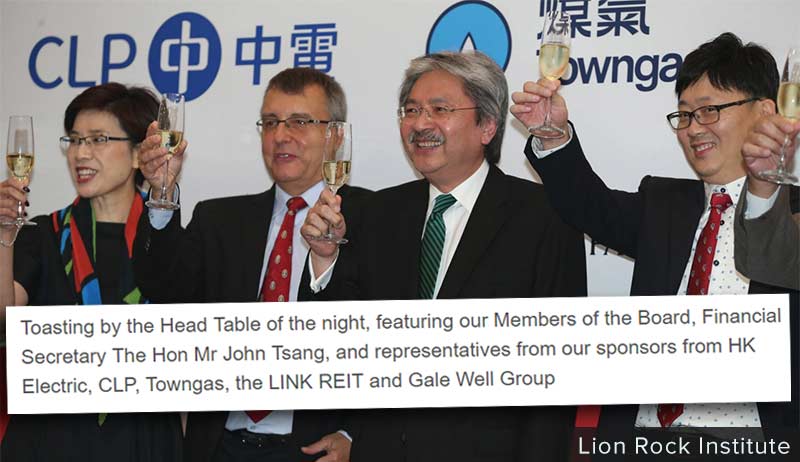