Do Canadians really spend half the year “working for the government” like the Fraser Institute claims?

Today is "Tax Freedom Day" -- that's a gimmick cooked up by the Institute to represent the day Canadians earn enough money to pay off "the total tax bill imposed on them by all levels of government." Or so they claim.

The problem is the only way Fraser Institute's June 9th date could be remotely accurate is by doing hilarious math tricks to exaggerate tax rates and low-ball people's incomes to push “Tax Freedom Day” as late in the year as possible.

Even though most of us probably consider ourselves average, the extent of income inequality in Canada means that concentrations at the top dramatically inflate the average -- as 4'10" former US Secretary of Labour Robert Reich once pointed out: between 7'1" Shaquille O'Neill and himself, their average height is 6'1".

What else? In making its calculations for “Tax Freedom Day,” the Institute manages to understate the income of taxpayers, thus further overstating their tax rates.

That’s because its tax calculator, by its own admission, limits the definition of income to “cash income”. This category fails to capture total income, and deliberately excludes items such as contributions to pension plans and employer-paid health premiums.

2. The amount of tax each family pays is actually much lower than Fraser Institute's "average family"

For one thing, Fraser Institute's "average family" has a tax bill that includes royalties paid by oil and gas companies, for some reason.

In order to exaggerate the taxes Canadian families pay even further, the report includes non-tax government revenues in its calculations. As such, taxes paid by businesses are somewhat bizarrely represented as taxes paid by families.

As a result of these statistical backflips, “Tax Freedom Day” is likely weeks or even months earlier than the Fraser Institute claims.

3. What about "thank goodness we live in a civilized society day?"

And even though Fraser Institute would like you to be outraged about taxes all the time, taxes are what builds our society and funds public services we all use, need and couldn’t afford otherwise.

This image put together by Grid sums it up (click here for the full-size image): 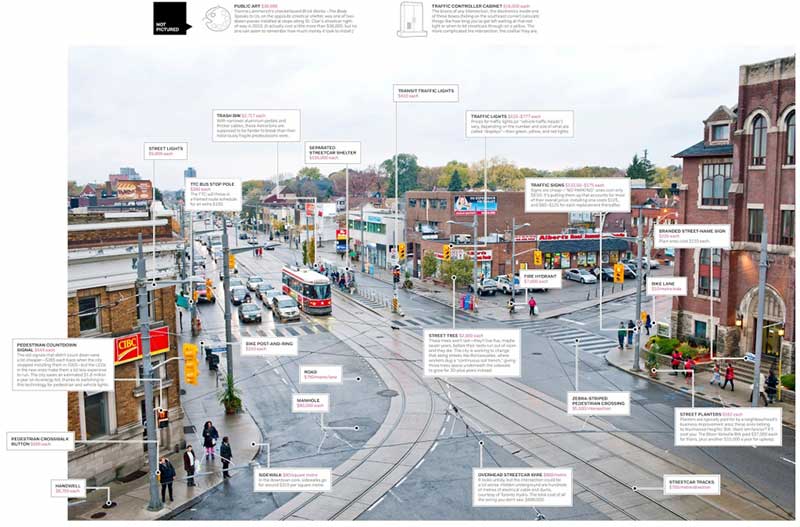 Maybe the Fraser Institute (who claim they're not right-wing) sums up what's really wrong with their 'Tax Freedom Day' report best:

“Tax Freedom Day is not intended to measure the benefits Canadians receive from governments in return for their taxes. Rather, it looks at the price that is paid for a product—government.”