A member of the Board of Directors of Alberta's Progressive Conservatives has levelled a bizarre accusation against Earls restaurants, an "upscale casual dining" chain based in Vancouver.

Craig Chandler, who was acclaimed as the Alberta Tories' regional director for Calgary earlier this month, made those comments in the wake of an online backlash – with some conservative politicians leading the charge – after the restaurant chain decided to switch to beef raised without the use of antibiotics, hormones or steroids.

Only problem? Earls says they couldn't find a supplier in Alberta "to meet the volume we use," so they switched to a U.S. supplier. They say they're willing to switch back to Canadian beef if they can find a supplier that meets their needs.

But that might not be good enough for Chandler, who has previously vied for the leadership of both the federal and Alberta PCs.

After learning that Earls' supplier also offers a separate line of halal certified meat, Chandler took to the Earls restaurants Facebook page to claim the chain is supporting terrorists:

And if you think that's just a knee jerk reaction, think again.

Following his bizarre comment, Chandler filled his Facebook feed with links to Muslim foodie blogs about the supplier's line of halal certified meats: 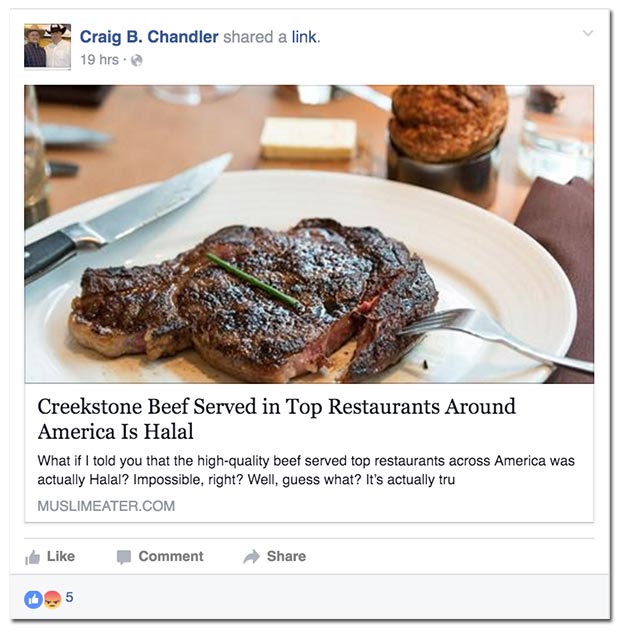 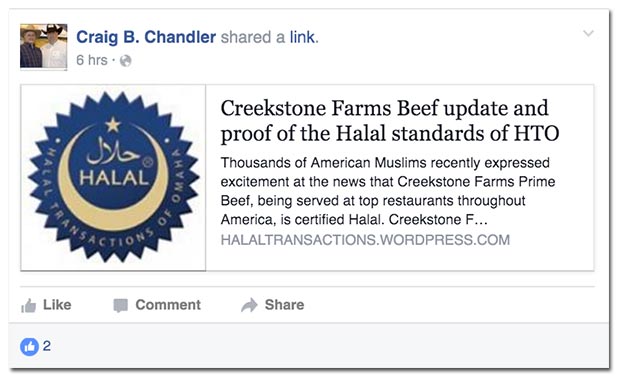 Except as Earls restaurants explains, although their supplier offers a line of certified halal products, Earls is not actually selling that particular line of beef themselves:

But those assurances might not be good enough for Chandler:

In a round-up of comments on the Earls restaurants backlash, Chandler's comment was cited as an example of "racists" who are raging against Earls restaurant for supposedly supporting "Jihad fighters" and "barbaric" culinary practices: 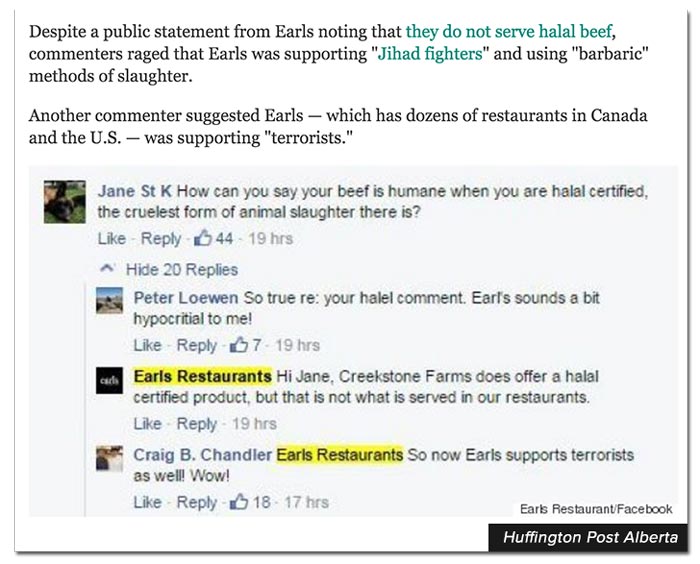 UPDATE: A few hours after this story was published, Craig Chandler announced he is resigning from the Alberta PC's Board of Directors.

@CraigBChandler is resigning from the PC Party's board. This comes after his social media comment that Earl's supports terrorists. #ableg

AUDIO: This Alberta Tory has some questions about diversity and "Oriental students" in universities