In parliaments and coalitions around the world, Greens have overwhelmingly rejected the right

BC Green Party Leader Andrew Weaver has a big decision to make.

As final election results came in this week and the seat count gave no party in the BC legislature an outright majority, it quickly became clear that a lot hinged on the Green Party and its three MLAs.

Will Weaver and the Greens keep Christy Clark afloat or side with John Horgan and the NDP?

Green Party supporters certainly have a firm opinion, with polls suggesting the vast majority oppose any deal with the Liberals. 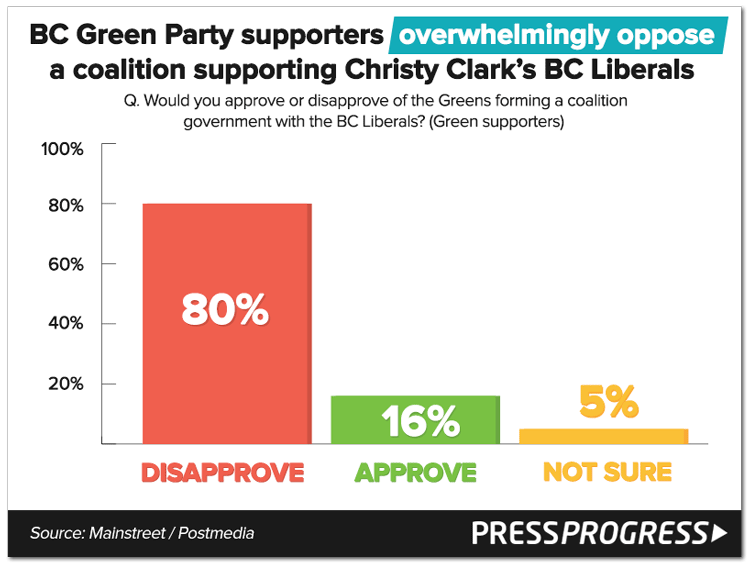 Given Christy Clark's record on environmental issues and millions in donations from big oil, this shouldn't come as any surprise.

But perhaps the example of Greens abroad will simplify things for Weaver even more?

Press Progress did the math and it's not even close.

Some 22 countries on 5 continents have had coalition governments or accords that have included Green parties. And the vast majority have been with left and labour parties or social democrats. 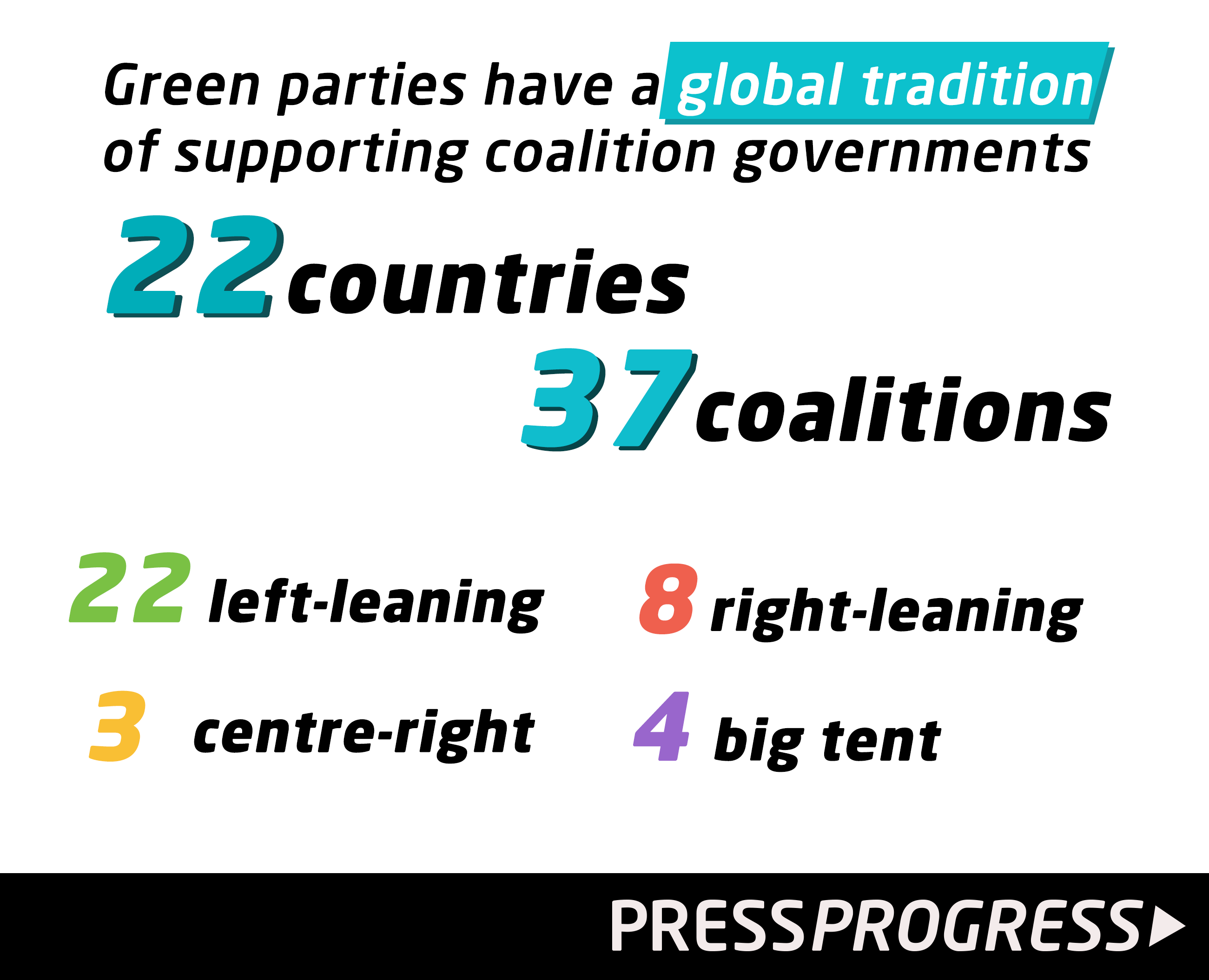 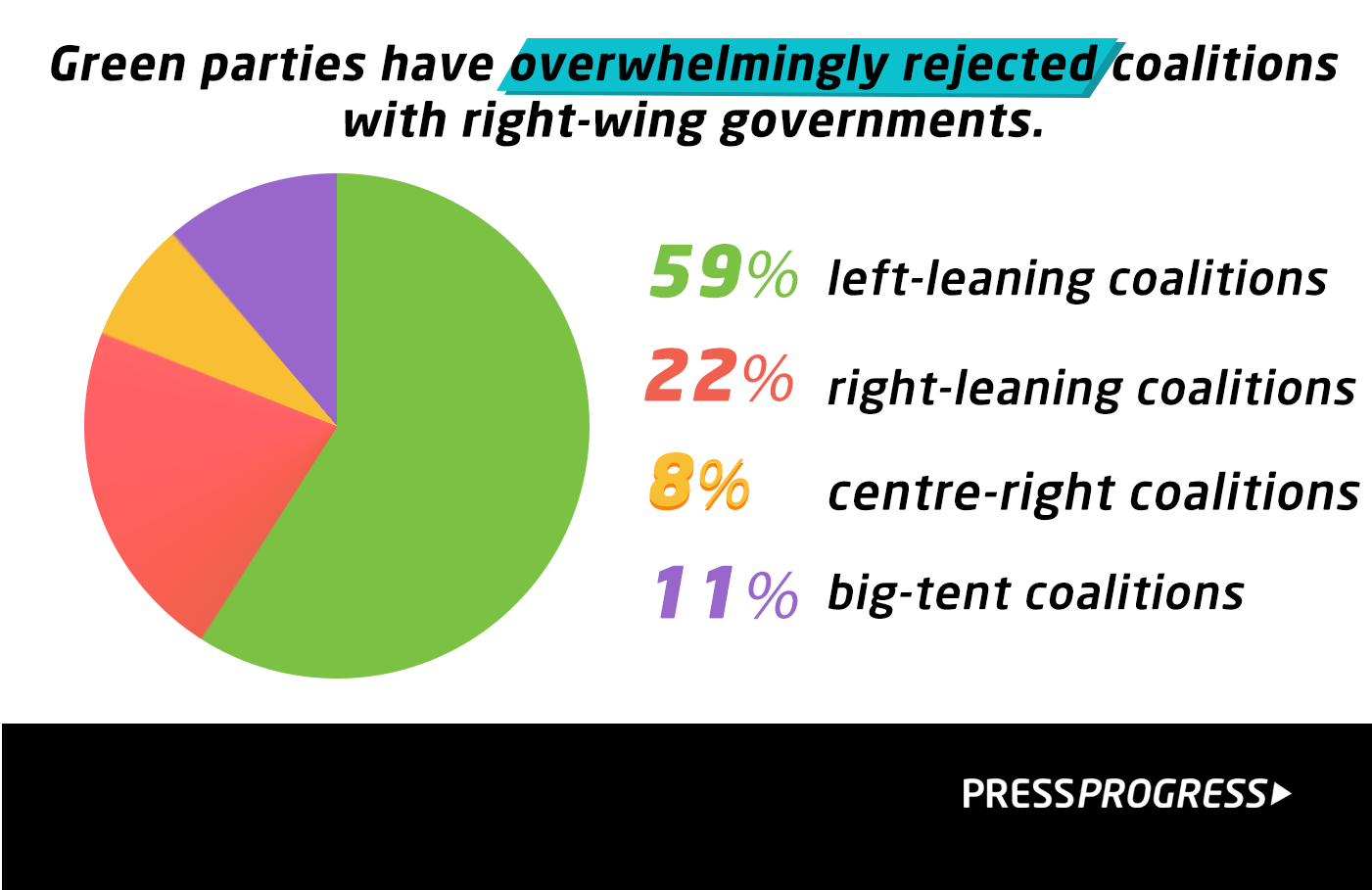 From Belgium to Brazil, from France to Finland, from Mauritius to Mongolia, Greens have more often than not rejected right-wing parties with only a few exceptions.

◙ In 1998, the German Greens entered into a coalition with the Social Democratic Party. The partnership lasted until 2005, and enabled the Greens to pass an eventual phase out of nuclear power.

◙ In New Zealand, a Green-Labour alliance of nearly a decade negotiated almost $100 million in environmental spending on top of a series of new environmental policies and protection acts.

◙ After the 2007 national election in the Czech Republic, which resulted in a parliamentary tie between left and right blocs, the Green party held the balance of power. Its leader Martin Bursík calculated that supporting the Civic Democrats, a party with a history of denouncing environmentalism as radicalism and denying global warming, would be good for his party's image. The opposite proved true, as the government enacted anti-green policies and the Greens were wiped out - losing all their seats in the 2010 election.