You don't see this everyday: two high-ranking members of Canada's conservative family taking a run at each other in public.

It began when Kenney took exception to an Edmonton Journal article about a McDonald's franchise in Alberta calling for public protests over Kenney's new TFW rules.

So, Kenney tweeted out his opinion: 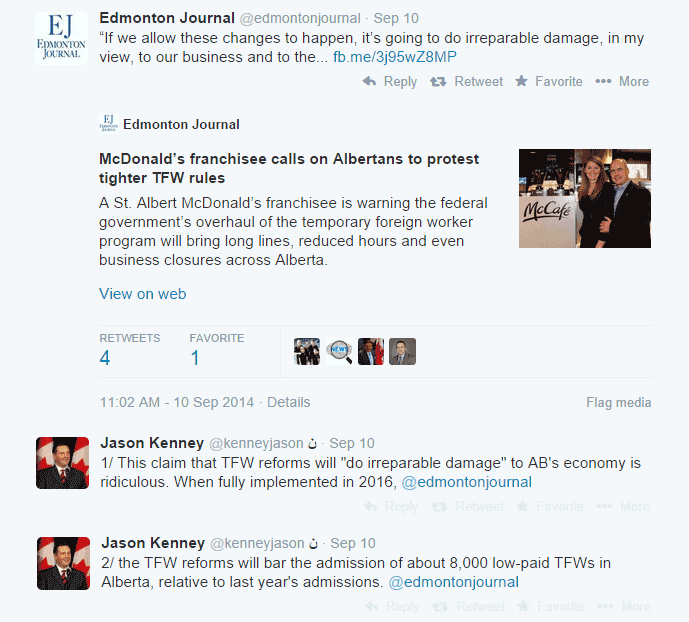 Milke, the former director of the Canadian Taxpayers Federation, didn't like what he read on Kenney's feed, so he weighed in on behalf of all the hypothetical hotel owners in Banff who would rather bring in foreign workers than raise wages to attract unemployed Canadian workers:

How could someone from a "free market" think tank like the Fraser Institute claim to stand for freedom at the same time as it argues it's the government's role to provide an endless supply of low-wage foreign workers to fancy hotels?

Poppycock!  You see, it's only a "government intervention" when it applies to restrictions on businesses that business owners don't like (particularly if you run a five-star hotel in Banff and would like to pay your workers less money).

We also learned that people from Atlantic Canada (apparently) don't care about high wages. Or maybe they're just unreliable? 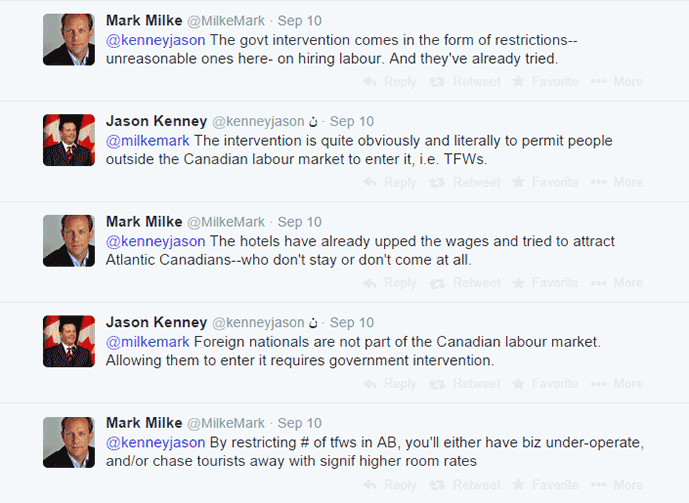 The conversation then shifted to the topic of borders.

The guy from the Fraser Institute assured us that although it might sound like he's calling for the abolition of all borders and immigration controls to help businesses drive down wages, it was not "sane" to expect "complete open borders."

That's when Milke proceeded to tell Kenney that, with respect, he was being absurd and unreasonable.

Kenney, apparently forgetting about his own government's hand in expanding the use of TFWs in McJobs, said (with no hint of irony) that it's wrong to "facilitate cheap labour." 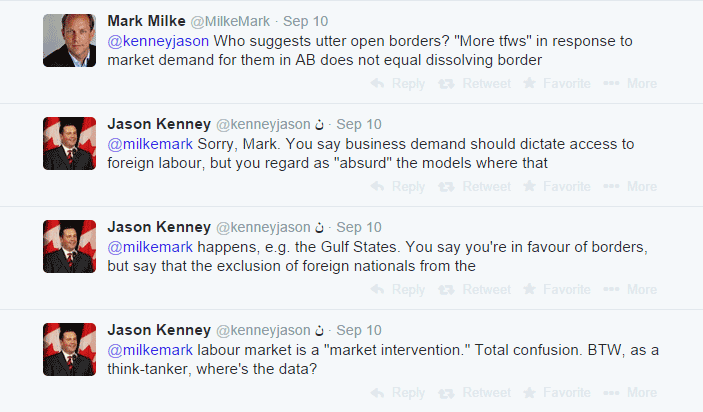 A pointed question for the guy who works for the "data-driven" Fraser Institute -- where is the data?

But this was a trick question:

It seemed that Kenney was winning the debate.

Because obviously the problem is all those egghead millenials would rather read books all day than make $40/hr at a hotel or in a restauraunt kitchen. This, at a time when unemployment remains high for young workers and precarious, temporary jobs are increasingly replacing good quality full-time jobs: 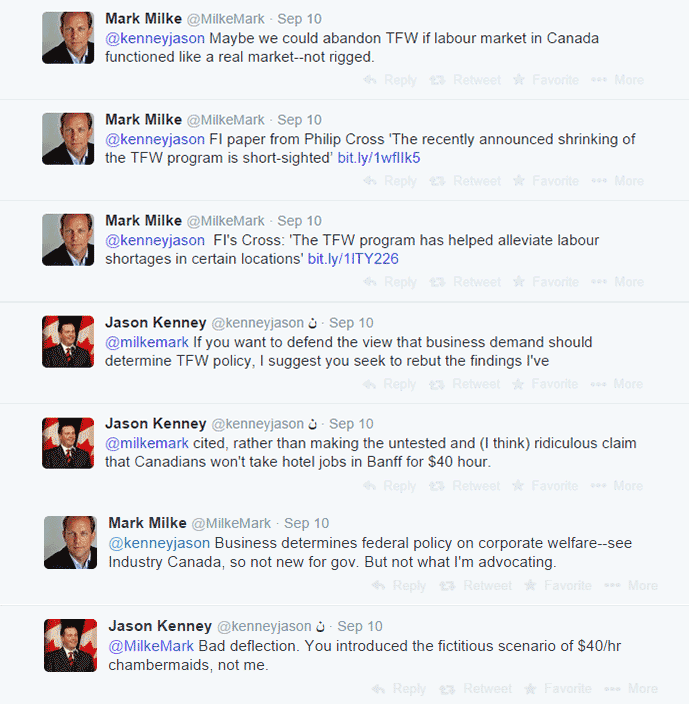 But in fairness to the Fraser Institute, here's what Jason Kenney said about the cited study when it came out:

And what's the guy from the Fraser Institute's response to Kenney's statement about an "untested" and "ridiculous" claim?

It doesn't matter. Those are just words: