Employment Minister Jason Kenney continued to tout online job advertisements as a great way to measure Canada's job vacancy rate even though he had been warned of their unreliability, an internal memo shows.

The briefing note, obtained by PressProgress under access to information law, was drafted by departmental bureaucrats following the release of the federal budget. Kenney had asked for the information after the "media mentioned the existence of two different measures of the job vacancy rate that present conflicting messages about the current state of labour market conditions in Canada," states the briefing note, delivered to his office on February 27, 2014.

The memo explained, in part, that "the upward trend in the number of online job postings over time reflects the growing adoption of the Internet by employers as the preferred tool to advertise job openings, and the improvements made by Wanted Technologies to increase coverage of online posting boards."

A few weeks earlier, the Conservatives published a jobs report alongside the federal budget saying the job vacancy rate had been "increasing steadily" since 2009 and that they expected it to continue to rise. The analysis, conducted by Wanted Technologies, was based on online job postings (and conveniently supported the Harper government's explanation to justify the growth of the Temporary Foreign Worker Program under its watch).

Following the release of the jobs report, Statistics Canada released its own report contradicting it. The agency reported the number of job vacancies was the lowest recorded (under 200,000) since Statistics Canada began tracking the figure in March 2011. Statistics Canada based its analysis on its Business Payroll Survey of 15,000 establishments.

Throughout the spring, he defended the jobs report and the use of online job postings to measure job vacancy rates. He persisted even after economists explained that the rising rate touted by the government (and based on online job postings) evaporated if you excluded the online marketplace Kijiji from the mix of online sources.

Privately, bureaucrats had explained to Kenney that, overall, using online job advertisements to measure job vacancy rates had serious limitations. In other words, it wasn't just a Kijiji problem.

Here are some highlights from the briefing note, which explains why it's a bad idea to rely on online job ads to measure job vacancy rates. Although it's tempered by bureaucrat-speak, the note could be called Why Statistics Canada gets it right. 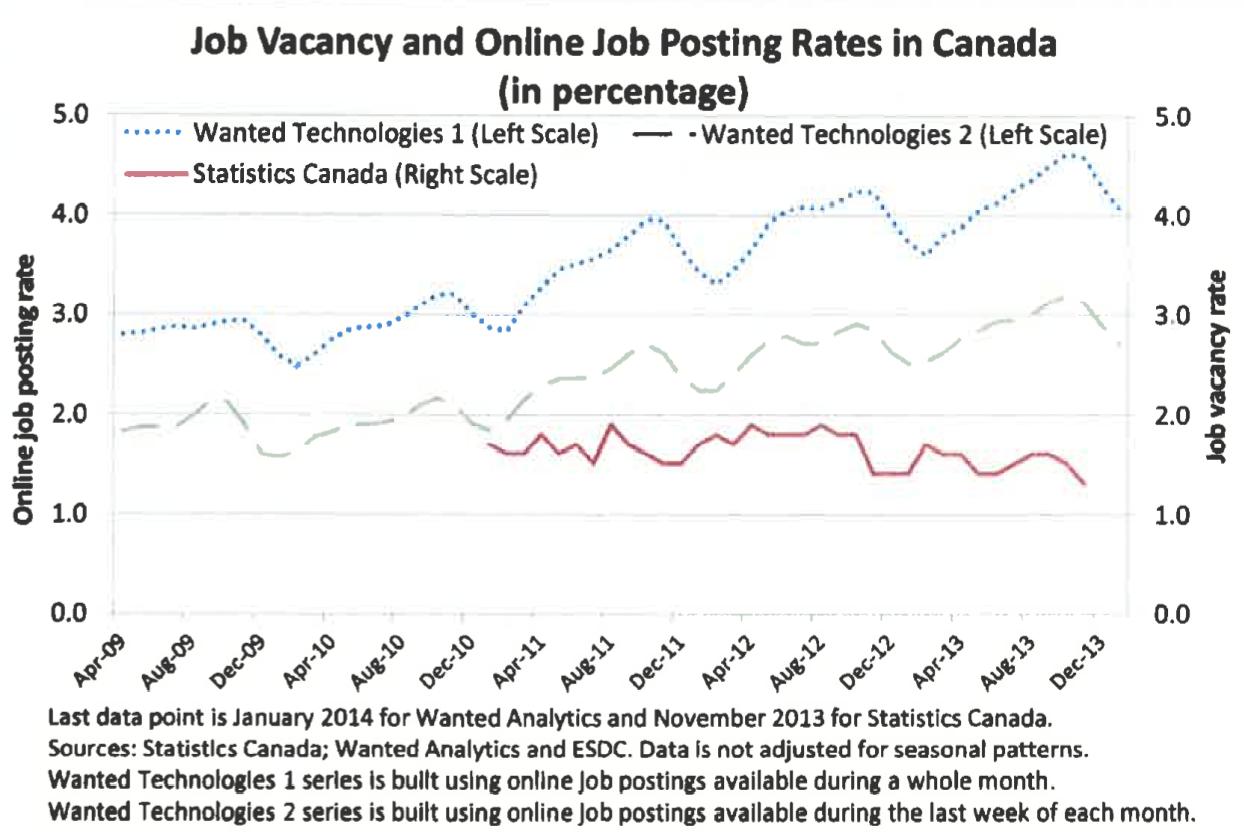 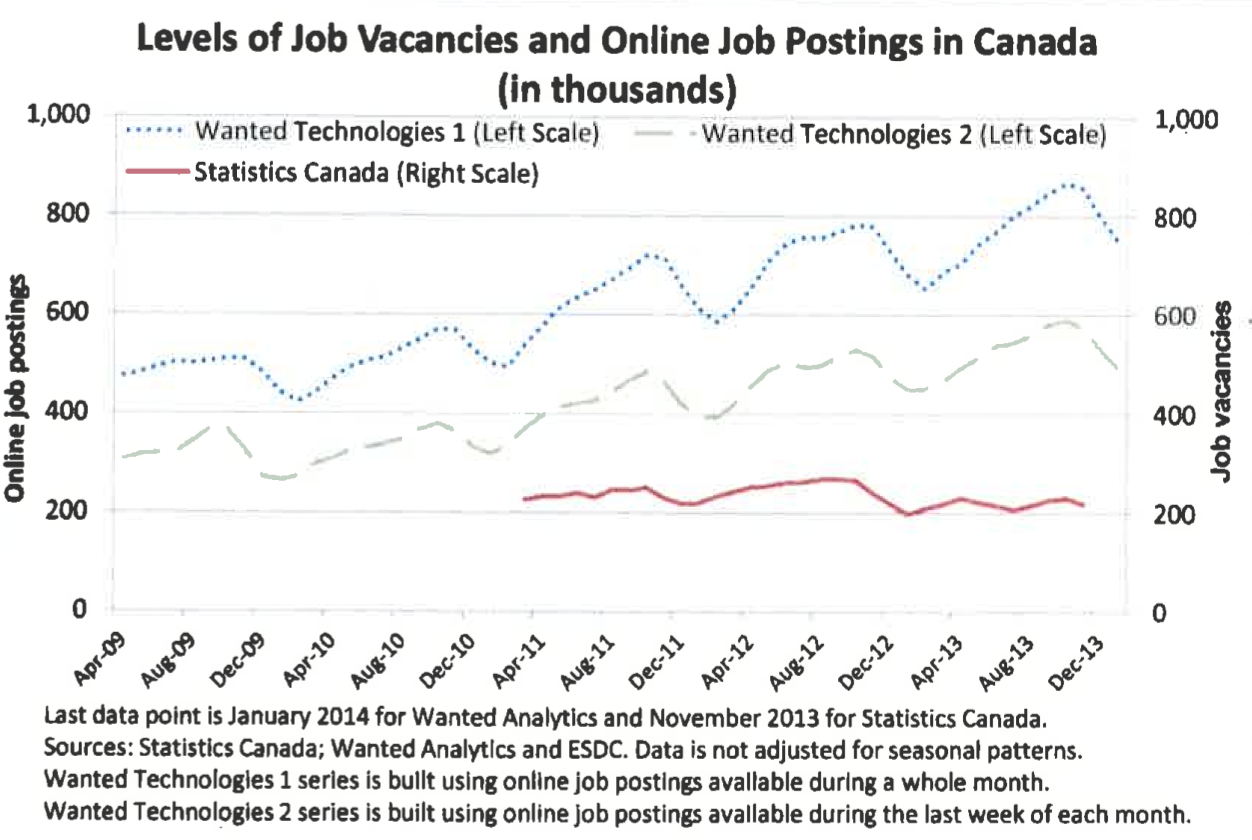