Is this supposed to put anyone's worries about "hostile takeovers" to rest?

Jason Kenney just officially launched his bid to lead Alberta's Progressive Conservatives and guess who joined him on stage?

Someone who produced a video attacking the PCs for entitlement and abusing tax dollars while they were working at the Manning Centre.

On the right next to Kenney is a conservative activist by the name of Caitlyn Madlener: 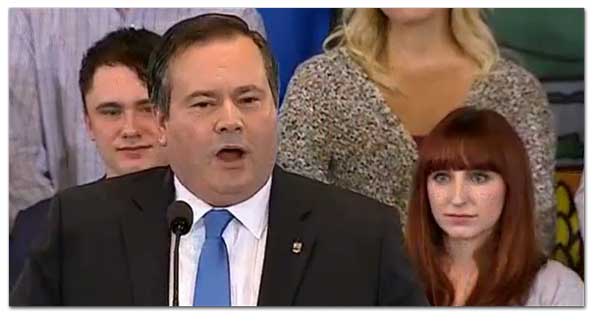 The video jabs the PCs for racking up debt, not understanding how to live "within their means," turning Alberta into a "have-not" province, as well as various scandals, accusing the party of entitlement, abusing taxpayers' dollars and simply not caring about average Albertans: 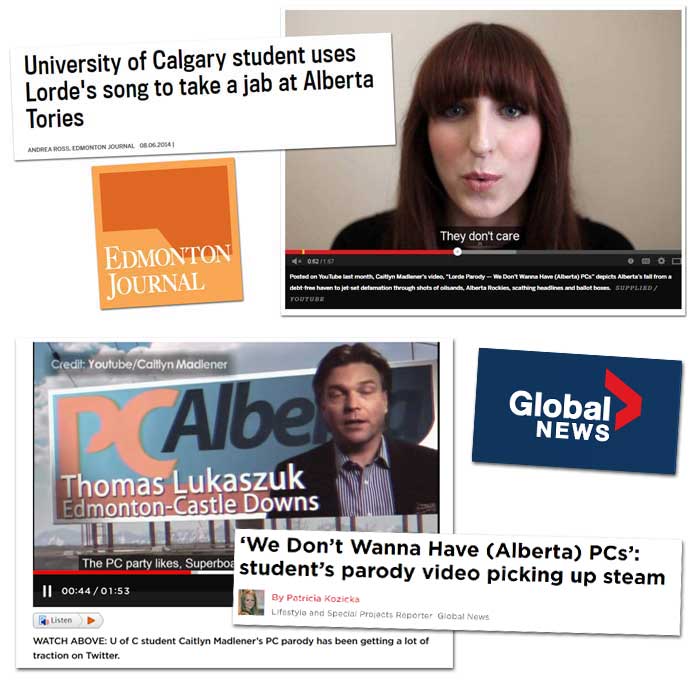 As the CBC reported at the time:

"The flurry of scandals that had plagued the Redford PC's prompted one University of Calgary student to parody the government in a redo of Royals, the popular song by New Zealand singer Lorde.

In the video, Caitlyn Madlener, an intern with the Manning Centre — which bills itself as building Canada's conservative movement — mocks several of the government's scandals, including Redford's misuse of government jets.

'This is an issue that everyone can understand,' Madlener said. 'Everyone knows what it costs to fly places, how much it should cost and to see that it's costing 10 times that or 20 times that is really concerning to most Albertans when they want to see their taxpaying dollars being spent wisely'."

More recently, a number of officials connected to the Manning Centre have been active behind the scenes in various efforts to unite the right.

Good to know who Kenney's surrounding himself with, though.

Anyway, here's the video – it's a toe tapper!