The Cold War ended decades ago, but it seems Jason Kenney's still fighting a culture war.

Speaking last week at a $175 per plate fundraising dinner in Calgary for Tribute to Liberty – that's the organization spearheading the controversial "Victims of Communism Memorial" in Ottawa – the staunchly conservative MP and likely candidate for the leadership of Alberta's Progressive Conservatives took some time to address an issue that's no doubt top of mind for many Canadians.

Namely, what are we to do about the "counterculture" of "bohemian" youths often seen milling about the "fashionable part of a Canadian street these days"?

You see, according to Kenney, too many kids these days are wearing t-shirts that "unconsciously" promote communism and it's high time we, as a free society, took actions to stamp out these unfashionable activities once and for all:

"You know, one of the reasons from the very beginning I believe this project was necessary is because if you go to a university campus or walk down a fashionable part of a Canadian street these days, you're likely to see young people unconsciously displaying symbols associated with this ideology of violence ...

It is essential for us to ensure that those young people now and in the future understand that if they walk down the street with a Mao cap, with a red star emblazoned on their t-shirt, with an image of Che Guevara or Lenin or Karl Marx or the hammer and sickle, that this isn't some charming, sophisticated, bohemian image of counterculture ... Yes, we must stigmatize those symbols of a inhumane ideology."

Don't forget: the "Victims of Communism Memorial" was originally Kenney's idea in the first place – he says he was inspired when he spotted a statue of a "man crucified on a hammer and sickle" in a Toronto park.

So, to sum up, Kenney seems to be suggesting that making symbols of communism unfashionable was "one of the reasons" his government approved spending $4.2 million of taxpayers dollars to build a controversial monument on a lawn adjacent to the Supreme Court? Hmm.

(The proposed memorial has since been relocated and reduced in size after a loud public backlash).

But if you're confused about why Kenney seems so concerned about the wardrobe choices of "bohemian" youths, Tribute to Liberty (the group behind the fundraiser) might offer one clue.

According to an article the registered charity posted Monday on its Facebook page, communism is alive and well in North America today.

"We were too quick to claim victory not only over the Soviet Union but also over communism itself," the article warns, pointing to "the triumph of cultural Marxism on college campuses":

"These cultural Marxists recognized that Marx's target, the working class, would never buy into their argument. Communism had always been imposed by force. So instead, the Frankfurt boys exploited American intellectuals, who had always exhibited a sense of inferiority relative to Europe. This was indeed fertile ground, making it easy for them to effect the 'long march through the institutions,' most importantly the academy. The Frankfurt boys understood that revolutionaries would be able to complete the seizure of political power only after having achieved 'cultural hegemony,' or control of society’s intellectual life by cultural means alone ...

We now live in the world created by them. What they have wrought is not so much a defense of communism as the undermining of a moral defense of the West and liberal—in the proper sense—society." 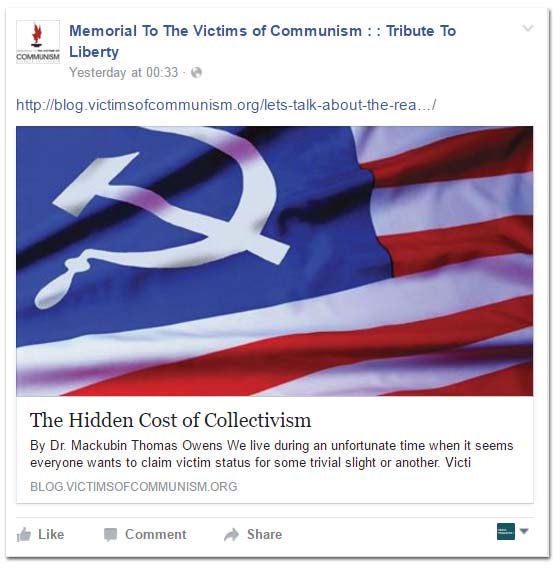 The Guardian calls "the idea of a cultural Marxist conspiracy" a "bizarre" and "crazy-mirror history" that is "integral to the fantasy life of the contemporary right," the theory is popular among the so-called alt-right, enjoying the support of everyone from conspiracy theorist Alex Jones to former Ku Klux Klan grand wizard David Duke.

The Southern Poverty Law Center points out the story behind "cultural Marxism" traces its origins to an anti-Semitic conspiracy, an attempt to blame America's changing social norms from the 1960s onwards on "a tiny group of Jewish philosophers who fled Germany in the 1930s":

The theory holds that these self-interested Jews — the so-called "Frankfurt School" of philosophers — planned to try to convince mainstream Americans that white ethnic pride is bad, that sexual liberation is good, and that supposedly traditional American values — Christianity, "family values," and so on — are reactionary and bigoted. With their core values thus subverted, the theory goes, Americans would be quick to sign on to the ideas of the far left.

The press loves Jason Kenney, but his beliefs are a mix of every right-wing crackpot theory on Earth. #elxn42 http://t.co/l5dgobGHTm

A few years ago, Kenney described "multiculturalism" as "an effort to impose a radical academic theory of cultural relativism that was inspired by the Frankfurt School of Marxists."

Even on this side of the Atlantic, Kenney says a "tiny fringe" of Marxist academics are working "to suppress completely the Christian patrimony of Canada."

Talking about "the Frankfurt school" & cultural marxism, Jason Kenney sounds like he'd be at home on the far right: https://t.co/0DKt1w7AEQ