Does Kevin O'Leary love the 4th of July more than Canada Day?

According to the Instagram account of a man who says he's considering running for the leadership of the Conservative Party of Canada – and even appears to be leading in some polls – it looks like O'Leary spent Canada Day weekend down in Nantucket, Massachusetts celebrating a "magical" 4th of July weekend: 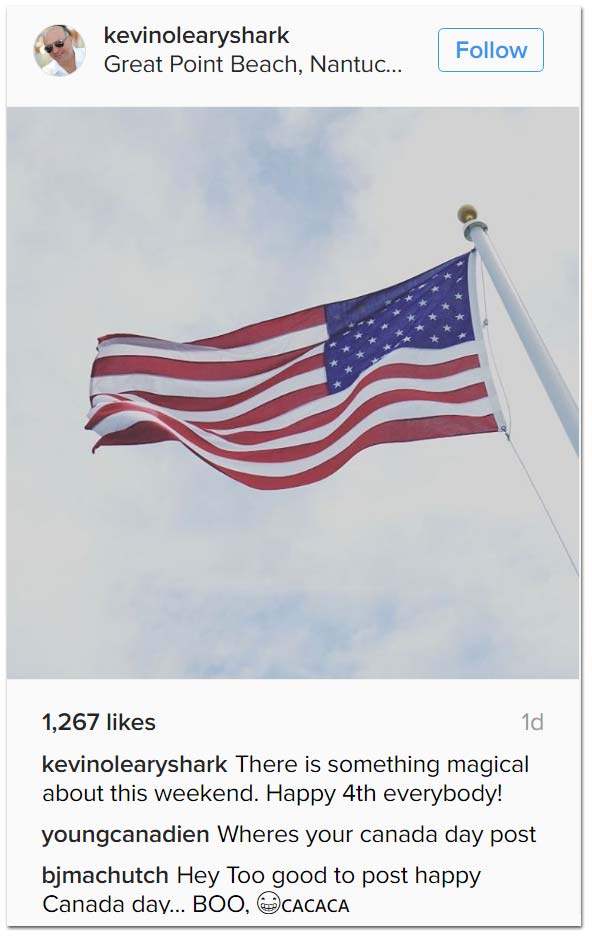 But as a number of astute Instagram users point out, O'Leary's patriotic declarations about the 4th of July stand in stark contrast with a notable gap in his Instagram feed: zero mention of Canada Day!

O'Leary didn't have anything to say about Canada Day on his Twitter or Facebook feeds either, but in a candid Facebook live video O'Leary shot at a Nantucket residence on July 2nd seems to have raised more questions for some of his Canadian followers.

"Aww yeah," O'Leary is heard remarking in the video as he wanders a Nantucket beach house. "Something I love about the 4th of July."

Some Facebook users questioned how O'Leary's enthusiasm for the 4th of July and the United States flag squared with his ambitions to become Prime Minister. 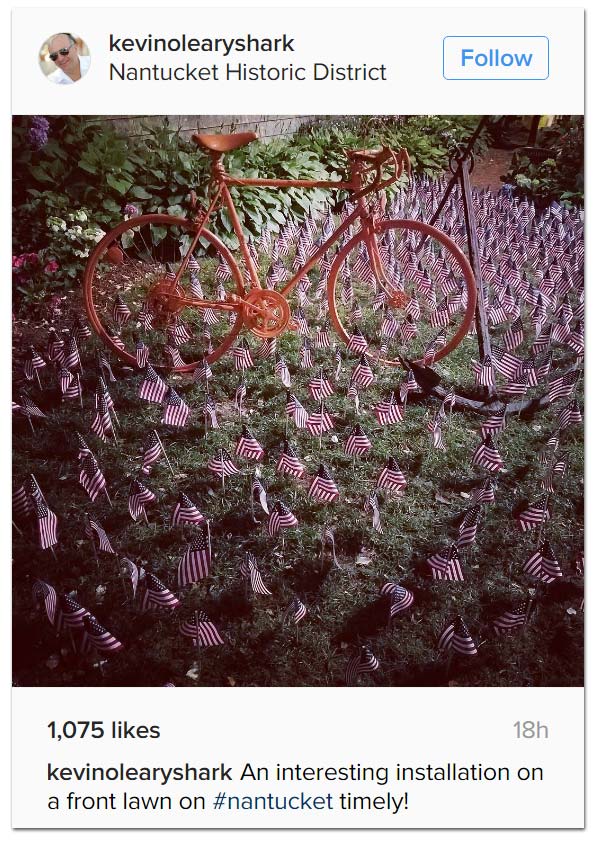 On the other hand, the putative Conservative leadership contender – who often claims to speak on behalf of the "Canadian taxpayer" and often criticizes the rate of tax millionaires pay in Canada – hasn't actually called Canada "home" for over 20 years.

"I spend most of my time in Boston," O'Leary told the Boston Business Journal in 2014.

"Boston is my home." 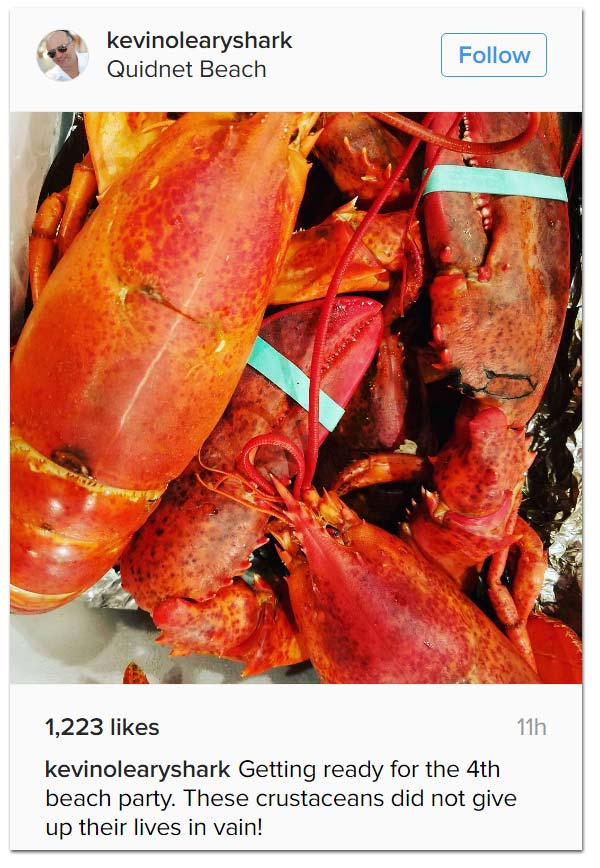 The State of Massachusetts has the 5th highest combined federal, state and local taxes in the United States.