Ladies and gentlemen, Stephen Harper is beginning to panic

Did you notice anything a little off about Stephen Harper on Monday?

The first clue was a jittery tweet sent by the Conservative leader accusing the opposition of wanting to create "economic chaos," as well as floating the idea that the opposition wishes to run deficits until the end of time itself:

Harper, on the other hand, ran deficits for six years in a row.

And the second clue?

The Conservative Party hit send on an apocalyptic doomsday e-mail Sunday night using words like "weak," "fragile" and "turmoil" (in general) to describe the economy: 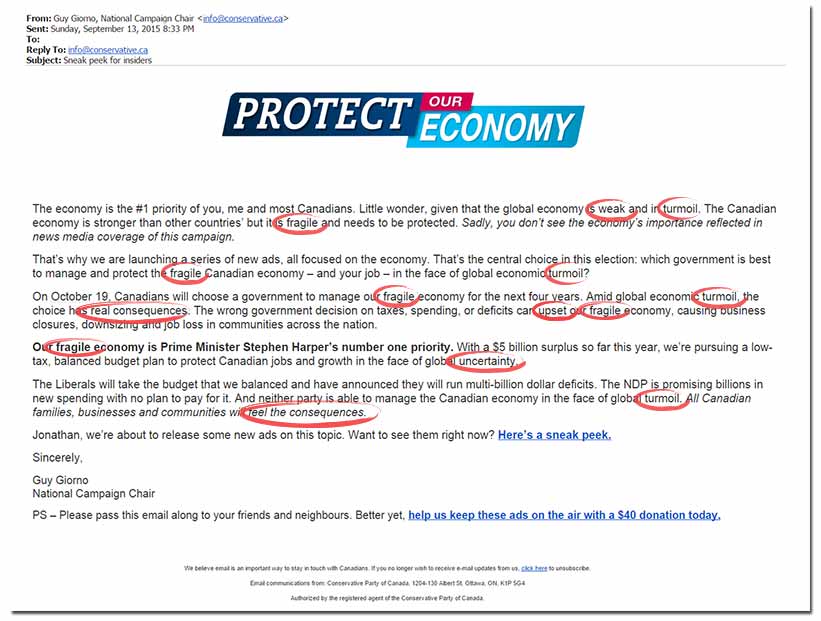 What happened to the "strong economy" Harper used to talk about? 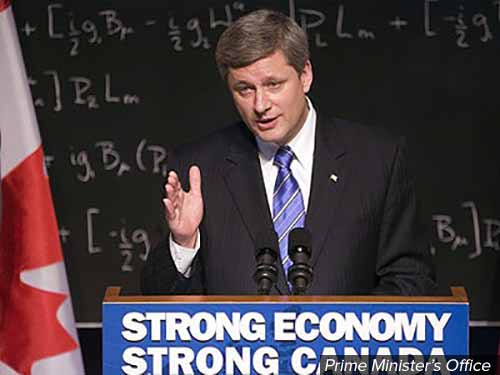 Who then is really responsible for this "weak" and "fragile economy"?

It looks like Harper may have created more weakness, fragility and turmoil than he's created jobs:

• Even as Canada headed into its second recession under Harper, corporate profits soared to a 27-year high.

• Harper's corporate tax breaks have not created quality jobs (those have hit a 25-year low), they've created a $680 billion pile of 'dead money' instead (fastest growing of any G7 country!).

• Corporate Canada's cash in offshore tax havens has exploded to $199 billion under Harper.

• Despite a drop in oil prices, Canada isn't rebuilding its manufacturing sector and so manufacturing jobs are dropping to near record lows as jobs continue to be exported out of the country.

• And despite what Jason Kenney says, Canada's entire economy has been taking a beating, not just the oil and gas sector.

• Canadian business investments in R&D is dead last in the G7.

• Since taking office in 2006, Harper boasts the lowest levels of economic growth and the worst job creation record of any Canadian Prime Minister in 69 years.