Wait – this can't possibly be right?

The new Chief of Staff to Canada's Minister of Natural Resources used to be the head of communications for the oil industry's lobby group?

Until last year, Janet Annesley was Vice President Communications for the Canadian Association of Petroleum Producers, a role that saw her sometimes denounce environmental critics, the Pembina Institute, CBC journalists or celebrities like Robert Redford, Leonardo DiCaprio and Neil Young.

But don't worry, Natural Resources Minister Jim Carr assures us he brought her on board as his first mate because she has a "broad understanding of the issues."

In fact, her understanding of the issues is so broad, she was even featured as a speaker on a 2013 boat cruise organized by conservative pundit Ezra Levant: 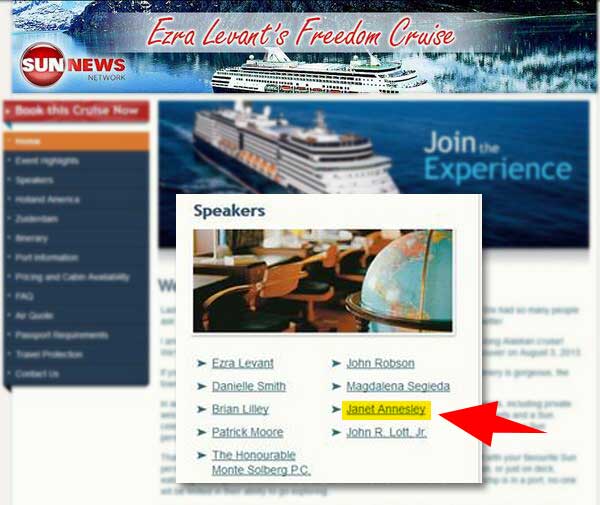 One of the names on Ezra's Freedom Cruise was unfamiliar to me. Say hello to the VP Communications of CAPP. http://t.co/Udt7gVIl

Dubbed the "Freedom Cruise," super fans of the now-defunct Sun News Network paid for the privilege of joining several of their favourite Sun TV personalities for "a week-long Alaska cruise."

On the way from Vancouver to Skagway, guests were treated to "exclusive" dinners and cocktail receptions, as well as seminars and discussion panels featuring celebrity speakers on "the hot topics of the day."

But that's not the only time the new Chief of Staff was a special guest at an event hosted by Levant.

A year after Levant's "Freedom Cruise," Annesley was featured as a speaker at the Joseph Howe Institute's "2014 Communicating Energy Conference."

The Joseph Howe Institute was founded by Levant to "teach liberty" to journalism students.

At that event, Annseley spoke alongside international climate skeptics like Alex Epstein, Marc Morano, Phelim McAleer, as well as the National Post's own Peter Foster.

As a bonus, former Vice President of Sun TV and Stephen Harper spokesman Kory Teneycke popped by to say hello too: 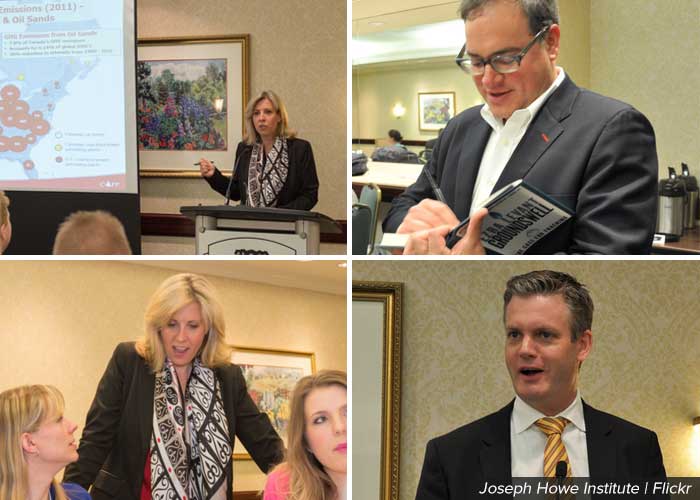 According to a description of the event, attendees learned about various topics like "the art of difficult conversations" about the "oil sands," a "realistic look" at "the mainstream media" and "can the UN, EPA, and governments really control the weather?"