The 2016 budget announced Tuesday will spend billions of dollars less on social infrastructure than was originally promised in the Liberal's 2015 election platform.

The Liberals had originally promised to spend $5.6 billion over four years on "social infrastructure" -- what their platform defines as investments in "affordable housing, seniors’ facilities, early learning and child care, and cultural and recreational infrastructure."

Instead, the 2016 budget shows the Liberal government will spend only $3.4 billion over five years -- nearly $3 billion in total less than was originally promised on the campaign trail.

And that $3.4 billion over five years will be spread wide, covering investments in child care, affordable housing, cultural and recreational projects and social infrastructure for indigenous communities.

That number spreads thinner given $1.2 billion alone is budgeted for (much needed) social infrastructure in indigenous communities, but that leaves only $2.2 billion over five years for early learning and child care, affordable housing , as well as culture and recreation. 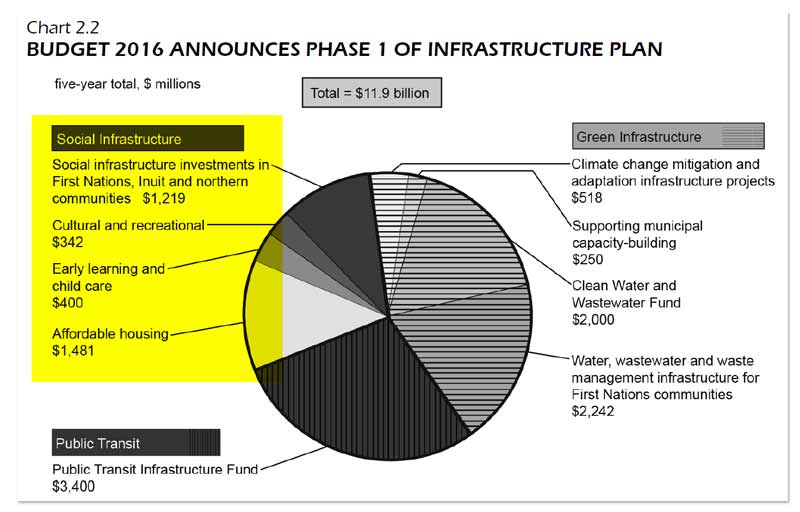 Officials with the Prime Minister's Office defended underspending on their campaign promises Tuesday, explaining that although their platform promised immediate spending and although the budget projects spending over five years, "phase one" of their social infrastructure investments is only spread over the next two years.

They added that gaps in spending would eventually be evened out in "phase two," but Canadians will need to wait until 2018-19 before they'll see any additional money invested.

Unless they make good on that pledge, many problems the Liberal platform promised to fix will remain unsolved and underfunded.

During the election, the Liberals left the impression they would be making major investments in child care, promising a framework during "the first 100 days of a Liberal government."

Instead, the budget pledges $995 million in 2016-17, followed by $516 million in 2017-18. However, this money too is spread across several programs, with over one-third of the investments in affordable housing earmarked for energy and water efficiency retrofits for existing social housing. 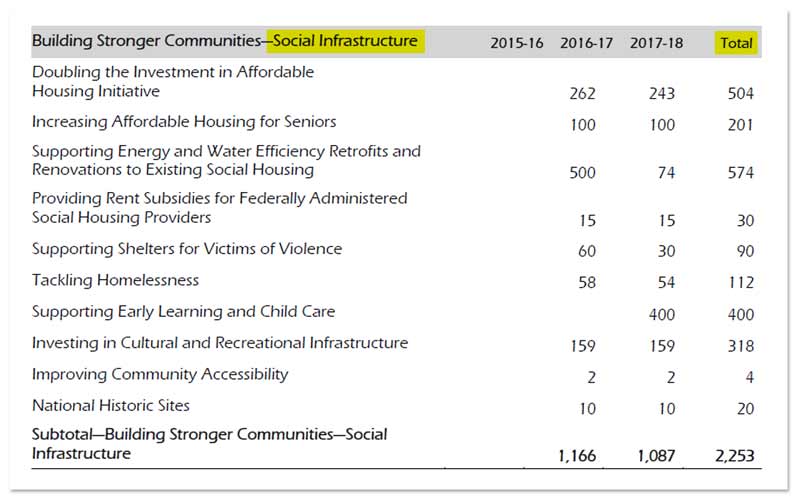 Focus Group to Finance Canada: Trudeau's Government is Not Doing Enough For The Middle Class