A new report suggests the Conservatives, and most notably Employment Minister Pierre Poilievre, have been "misleading" the public when it comes to claiming those who benefit from Tax Free Savings Accounts are overwhelmingly lower-income Canadians.

In fact, the report suggests the only low-income Canadians likely see any real benefit from TFSAs are spouses and children in high-earning households.

In April, two separate reports from the Parliamentary Budget Officer and the Broadbent Institute that found TFSAs disproportionately benefit wealthy Canadians and, in the long term, will eventually lead to more than $10 billion in lost revenue.

In response, jobs minister Poilievre pointed to data not released to the public and said "most of the people who have maxed out their tax-free savings accounts earn less than $60,000 dollars a year."

Well, now that data's been disclosed and it seems Poilievre is trying to pull a fast one.

According to the new Broadbent Institute report authored by Simon Fraser economics professor Rhys Kesselman (one of the original architects of TFSAs), Poilievre's repeated claims that "about 60 per cent" or "two-thirds" of those who maxed out their TFSA contribution earn less than $60,000 a year can be explained by asset shifting within wealthy households. 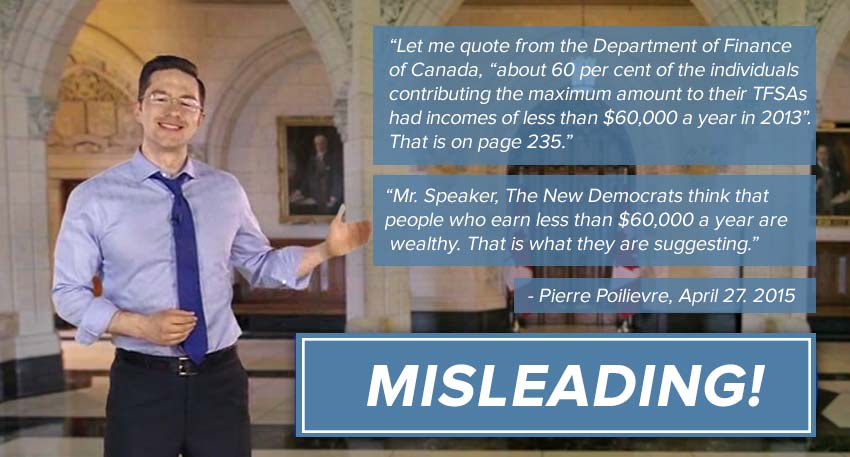 Although CRA's data shows "surprisingly high proportions of all TFSA holders with very low levels of assessed income," Kesselman says this is because high-income earners appear to be (legally) shifting their assets to family members with lower-incomes.

"Many TFSA holders with modest individual incomes appear to be contributing funds transferred to them from a higher-earning spouse or other relative," Kesselman explains in a Macleans op/ed. "Such transfers are an attractive method of income splitting between higher and lower earners in families with the financial means."

"The untold story is that fewer than two out of every five eligible Canadians had availed themselves of TFSAs by 2013," Kesselman adds. "By 2013, only one out of 15 eligible persons — or 6.7 per cent — had maxed out the TFSA limits, and by the start of 2015 it would have been an even smaller proportion."

And if one in 15 are already maxing out their TFSA at the current limits, likely even fewer will max out doubled TFSA limits.

"The sharp decline in the number of people maxing out the TFSA limits across age and income groups provides evidence that the TFSA hike will encourage relatively little new savings and mainly evoke asset shifting and income splitting by wealthier Canadians holding the most taxable assets." 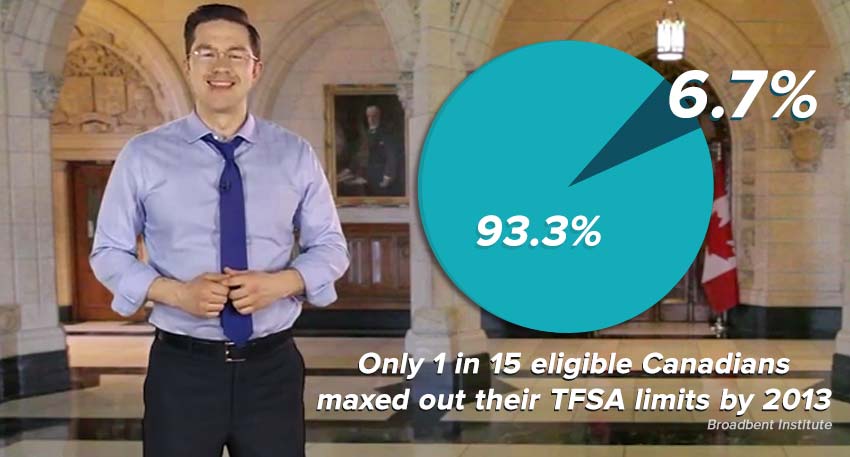