How are Canadians feeling about their financial situation?

A recently released EKOS poll found 34% of Canadians -- a little over one-third of those polled -- say they've "fallen behind" over the last year:

Only 18% say they've "moved ahead." (In other words, nearly double say that things are getting worse instead of getting better.)

And more troubling for Harper's Conservatives? The same poll found one-third of respondents feel they've fallen behind over the last five and last ten years (the Tories have been in office since 2006).

Why do Canadians feel like they've "fallen behind"? Here are five factors that could explain things:

And, since 2000, the number of Canadians working for minimum wage has doubled.

Involuntary part-time and temporary employment remain very high, according to a late-2014 report by a TD Bank senior economist. 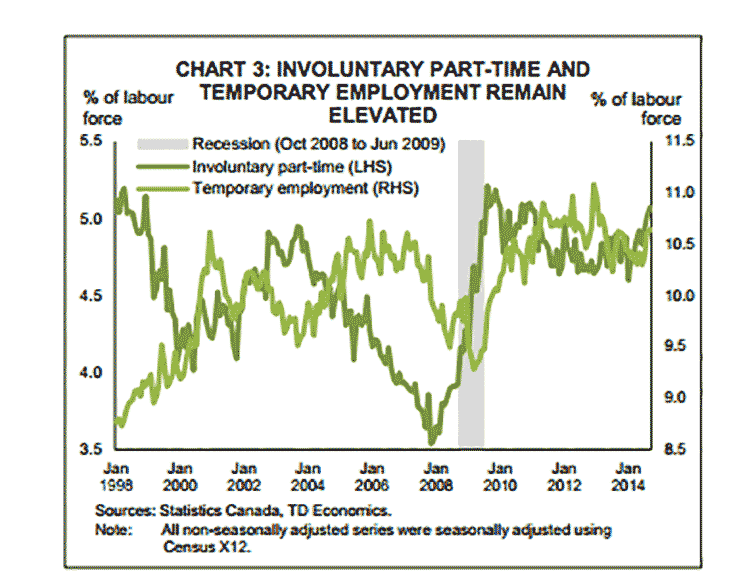 Canada only created 32,000 permanent jobs in 2014. Meanwhile, the country saw temporary jobs increase by 110,000 over the same time period – highlighting the continued instability of our labour force. 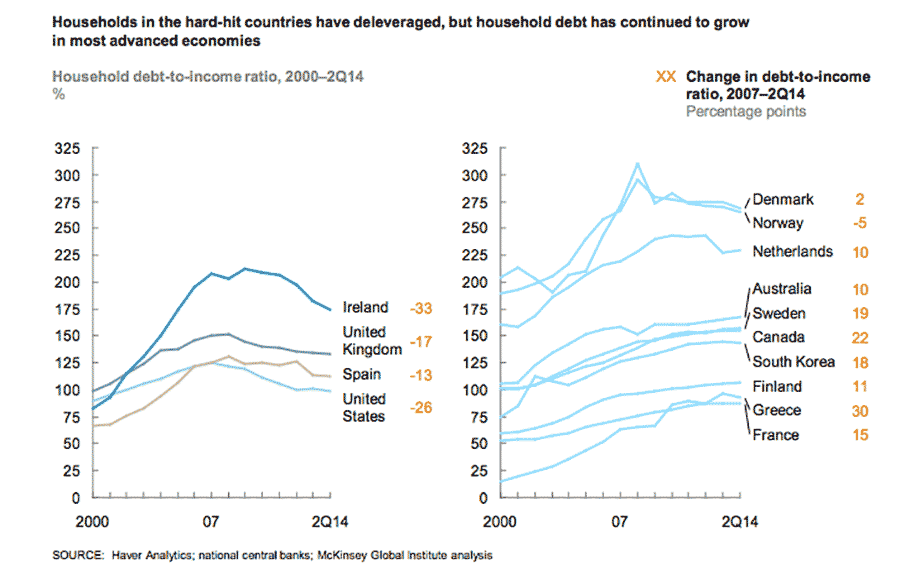 Overall, 38% of the new jobs created between 2006 and 2014 have been in sales and service occupations, the lowest wage category -- and typically the most precarious with fewest benefits. The total number of Canadians employed in that category has risen by 532,000 since 2006. That accounts for 37.8% of the jobs created since Harper took office -- approximately 4 out of 10 jobs. (That increase was matched by a decline in the highest wage categories.)

A November TD Bank analysis shows the long-term rise in non-tradable jobs, a group that includes service and retail: 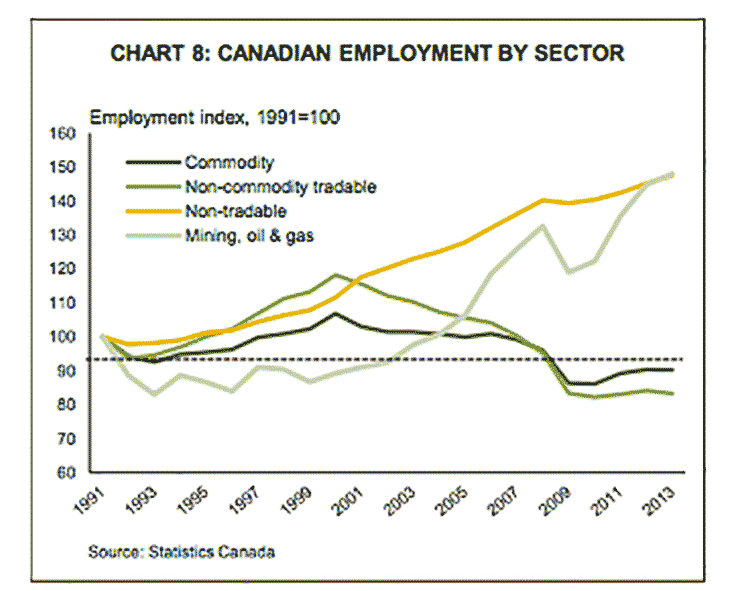 5. Canada is increasingly becoming a country of haves and have-nots

This is what that distribution of wealth looks like: 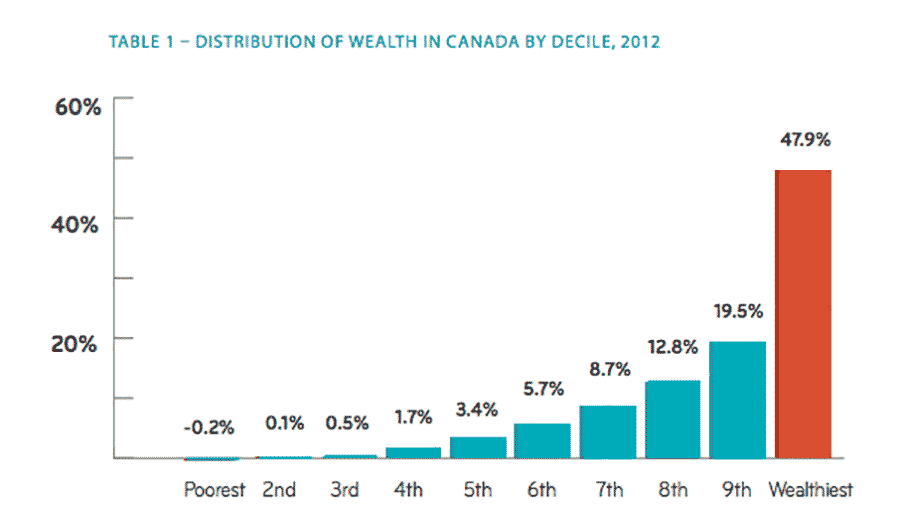 BONUS: "the closer you look, the worse the unemployment numbers" get

TD Bank sums up the Canadian unemployment picture by factoring in "labour underutilization" -- which add involuntary part-timers to the mix of unemployed with discouraged searchers.

You couldn't name this chart better even if you tried: 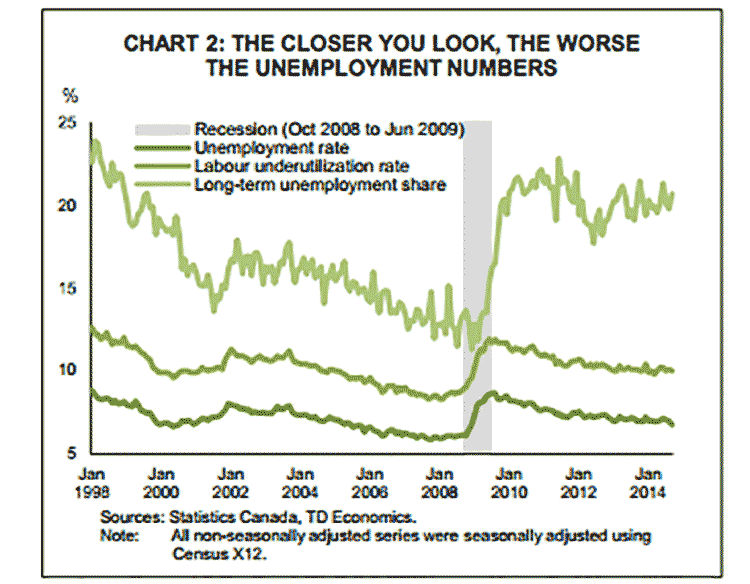