Everybody knows inequality is a problem – but just how big has the problem become?

According to new research from the Canadian Centre of Policy Alternatives, Ontario's richest families now earn more than a majority of the province's working families combined.

The CCPA report examines 15 years of data on income from Statistics Canada and finds that "the lion’s share of earnings goes to the richest families, at the expense of the rest."

That's better than the bottom 60% of Ontario's working families combined – they earned only 28.4% of all income. 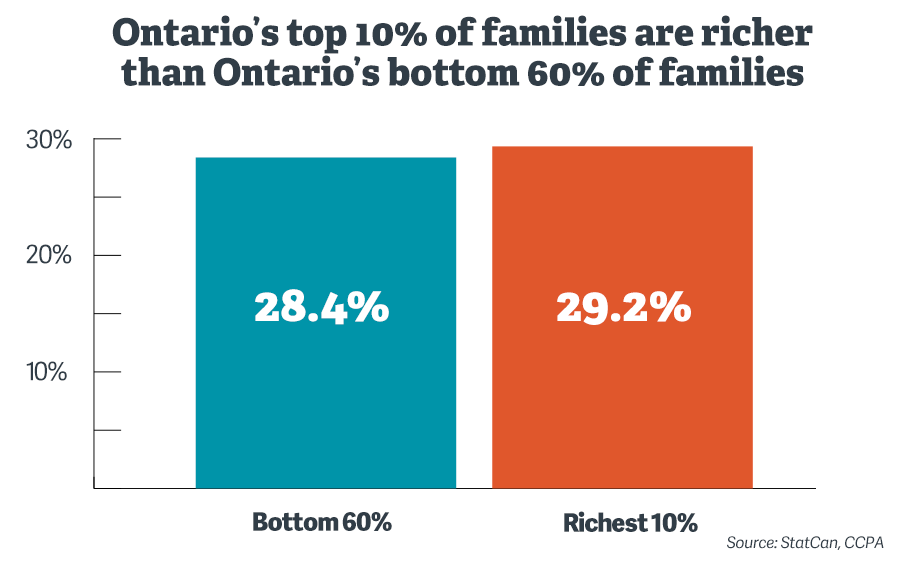 CCPA's findings are of special interest at a time when calls to raise the minimum wage and crack down on precarious work and other exploitive labour practices have been making headlines.

Looking at how real earnings (meaning income from wages, salaries and self-employment) of Ontario families with children under 18 are distributed across the province, the scale of inequality in Canada's biggest province is hard to miss.

Although the richest 10% control almost one-third of all income, Ontario's poorest 10% of families gets only 0.2% of all income – middle-income families take home only 7.6% of the pie.

The report points out those in the lowest income decile likely only have that much thanks to "social assistance" and "government transfers," but it finds that overall "lower–middle class and working poor families are losing ground" in Ontario thanks to "slow economic growth and increases in precarious work."

CCPA also notes their study did not take into account capital gains and other investment income, meaning the true wealth of Ontario's richest families could be vastly understated – many CEOs receive compensation in the form of stock options to take advantage of a tax loophole, for example. 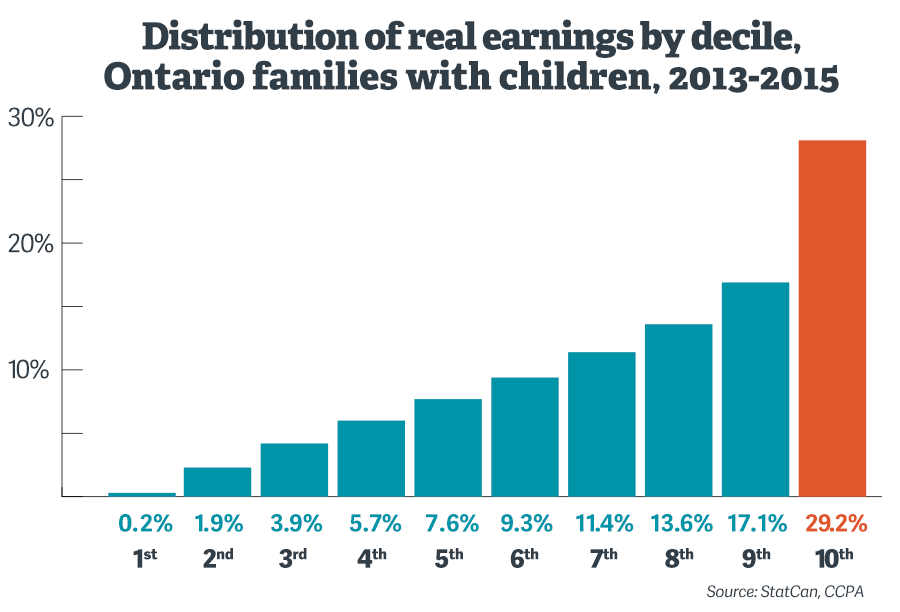 Looking at the big picture, Canada isn't in much better shape than Ontario. 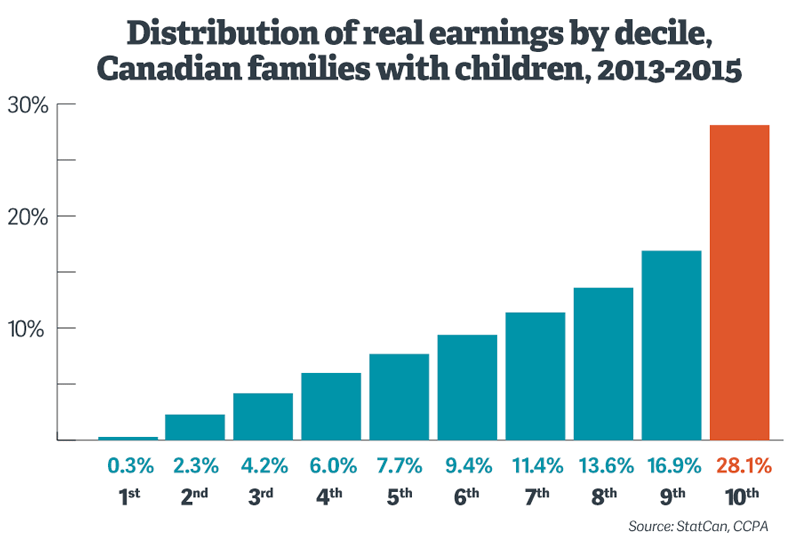